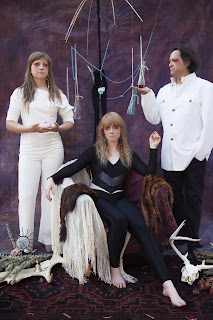 Background - Drawing on a background of rock and roll, classical violin training and folk music, we expand our songwriting to incorporate facets of cinematic soundscapes, pop melodies and interlocking guitars and vocals.

Our debut single, “Grown From Good,” included a download code card embedded with wildflower seeds and accompanied by a glass jar of full of soil. The wildflower download cards encouraged our audience to engage with their environment and communities while consuming music. “10,000 Feet,” our new single and video, is being released today as a digital download, and is accompanied by an 8″ balsa wood glider. We are particularly interested in the idea of play as a philosophy by which to engage our music and our community. Facilitating an audience’s ability to move beyond the passive act of listening to the music is a central component of everything that we create together.

Filmed and directed by Samuel Scott, “10,000 Feet” is the second instalment in a trilogy of videos that carry themes of physical and spiritual transformation. This video introduces audiences to Anna Mernieks, our lead guitarist. Continuing the visual elements of Canadian landscapes, fire and fabric, “10,000 Feet” sees a change in the season from summer (as previously seen in the “Grown from Good” visuals) into winter. We hiked across a frozen lake, carrying 100-pound bags of equipment, to film the video. All costume components were built by hand (including the masks, capes, prop books and fabric entity.)

“10,000 Feet” introduces a character called the Lioness, and we watch as she completes her transformation from woman into animal. The Lioness will return in the trilogy’s final video, set for release this coming fall. Each of the videos will see our band travel through different landscapes and seasons, chronicling their journeys of self-discovery, self-hatred and self-love. TWITTER.

The vocals have something of an ethereal feel that builds into something more powerful as as the chorus unfolds. '10,000 Feet' musical backdrop is detailed yet expansive, and all to soon the song is over. 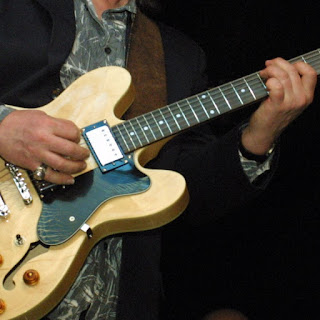 Background - KuvVer Records is a new sub label of Black and Tan Records. It is especially created to release refreshing cover versions of well known songs in any musical style. This is their first release.

Guitar player Jan Mittendorp recently started re-visiting songs that he hasn’t played for years. Here is his current version from one of the first jazz/blues songs that he ever played on a guitar (apr 45 years ago).

It’s an instrumental version of this classic song with a touch of electro.

This new single is released digital and available on all major download and streaming platforms. LABEL.

This is a refined instrumental cover of 'St James Infirmary' with some fine guitar musicianship. It's a subtle performance that allows the natural blues feeling to come through, and the tiniest addition of some electro rounds things off beautifully.