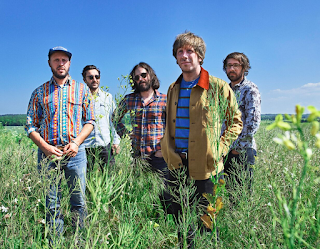 Background - "Sweet Greens and Blues" is the new single by Treetop Flyers, which is taken from their forthcoming eponymous third album, due out on 24 August via Loose. The video, directed by long-time collaborator Sam Ford, was shared by Folk Radio, who said;“The video has that vintage look and feel and it perfectly encapsulates that glorious 60s tinged West Coast Americana with a British twist. With warm, rich harmonies, and a summery groove, the song oozes soulfulness."

Originally formed by Reid Morrison, Laurie Sherman and Sam Beer, in recent years Treetop Flyers have settled in to a refreshed band line-up. “Sweet Greens & Blues” was initially recorded for their previous album Palamino, but it never really quite came together until new drummer Rupert Shreeve came on board and they were able to capture the feel of the song that they had been searching for. On the new record they are also joined by saxophonist Geoff Thomas Widdowson from Loose label mates Danny and The Champions Of The World.

Treetop Flyers follows the band’s two previous critically acclaimed albums, their debut The Mountain Moves from 2013, which was praised by The Guardian who wrote that it; “effortlessly captures the spirit of late-1960s west coast pop-rock: the Byrds and Crosby, Stills, Nash & Young,” as well as Q, who wrote that they; “share with Midlake custody of a brood of Buckingham/Nicks-era Fleetwood Mac licks, likewise the Mac’s mood of unrequited yearning.” Their second album Palomino, from 2016 was praised by Uncut, who called it; “a fittingly great-sounding record, with the band magically tight and melodically assured as they play songs bathed in an evocative ’70s West Coast glow, while drawing on influences including outlaw country, soul and Nigerian psych.”

Whereas previous albums had been recorded either at their own Soup studios in London (where Sam works) or further afield in studios in Malibu and New York, this time round they headed to The Cube in Stoke Newington. A DIY studio and rehearsal space, it backs on to the sanding workshop of the London picture framers and fellow musicians Brider & Bull (The Wave Pictures, Surfing Magazines). They found that every time they set up for a recording session they would have to swab down the tape machine and sections of their equipment with contact cleaner to get rid of the sawdust. Thankfully, nothing exploded or caught fire and they eventually came out with something honest and fun. As Reid explains; “Stripping back the recording process and working within the limitations of our equipment and recording knowledge has created what we believe to be our most true to form record and has breathed new life into our music, which is one of the main reasons we have decide to simply call the album Treetop Flyers as we believe it represents a fresh start for the band.” WEBSITE.

Just over a month ago we shared 'Needle' from the band and the follow up song 'Sweet Greens & Blues' is another soulful gem. Mixing Americana with a touch of psych and drizzled with melodic hooks and warm vibes, this is a fabulous and beautiful piece as Treetop Flyers continue to impress in a big way! 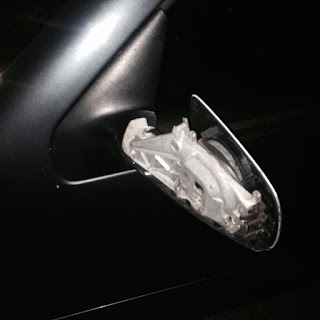 The velocity of the tempo and the ferocity of the music makes ‘Sweat’ a fitting name for this volatile tune. The single launch party will be on the 24th July at The Waiting Room, London.

Born in Milan, now based in London, Super Paradise released their debut album Quencebo in 2016.

They have since been gigging constantly, played headline shows around London, toured festivals of Italy, supported Warbly Jets and Black Honey, recorded a new single in the Italian mountains and their music has been featured on the latest Ray Ban advert. Their self-defined genre of 'dream garage' builds on the edgy energy of the San Francisco psych scene and the soundscapes of New Order. BANDCAMP.

We have featured Super Paradise just once before back in late 2016, and they return with both power and pace as 'Sweat' demonstrates. Pausing for breath with the tiniest of refrains the song hurtles along with some fiery rock intensity, allowing the vocals to add just a little more smoothness to what is a raucous affair. 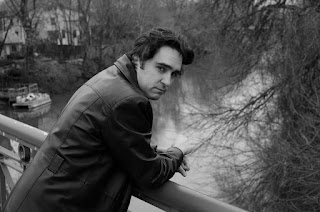 Background - This is what was scribbled with a sharpie pen onto a CD of mixes handed to Andy on July 16th, 2016. After receiving an email from Pratt in January of the same year, legendary recording engineer Steve Albini quickly realized that he was not dealing with the Boston rock icon of the ‘70s, but a new & different Andy Pratt.

As a vocalist, guitarist, songwriter & photographer, Pratt loves the fuzz, blur, grain, & beautiful imperfections of live music and art. With an affinity for analog recording, vintage instruments, film cameras, string quartets, & brooding melodies, his music lives within a modern impressionist world of his own creation. Pratt is a storyteller who sings to clearly evoke a mood, space or time. With a dry vocal and reverberating guitar, he brings his listeners into the world he’s created.

The summer of 2018 finds Pratt on tour in support of his sophomore EP, “Further Disruption.” After handing his band members a few solo demos that he recorded on a 4-track Tascam cassette recorder, he knew that he’d want the same tape/analog sound on the final product. Pratt naturally sought out Steve Albini at Electrical Audio Studios in Chicago and asked him to track and mix the album. “Further Disruption” is a five song EP that is the follow-up to Pratt’s 2017 debut “Horizon Disrupted.” Recorded during the same session as Horizon and initially planned to be on the debut album, Pratt explains “I felt these songs deserved a separate documentation. They’re a little more gritty, rockin’ and down to earth than Horizon’s dreamy/ethereal feel.” With topics ranging from adultery, to alcoholism, to a girl obsessed with thrift shopping, the listener might wonder if this is the same Andy Pratt. The album features a classic vocals/guitar, bass, & drums trio. With the music, lyrics, arrangements & artwork for both albums all created by Pratt, there is a cohesive thread that ties these elements together, proving they are one & the same.

Andy Pratt is a Chicago-based singer-songwriter & jazz artist. He has toured across the country as both a leader and sideman. In 2017, Pratt toured the U.S. and Canada in support of his debut “Horizon Disrupted.” He can be found playing guitar & singing most nights throughout the city & Midwest region. Pratt is often a featured guest with the Joe Policastro Trio & appears on the group’s 2016 sophomore release, “Pops.” He has also recorded with singer-songwriter Adam James Sorensen & appears on his debut “Midwest” album, WEBSITE.

The 'Further Disruption' E.P provides a variety of musical styles that are centred around some moody, earnest and quite potent vocals. Musically this is a delight, as old school rock and roll vies with primitive beats and some darker, stripped back pieces. It all connects together well, and is encouragingly different, in a fine sort of way. 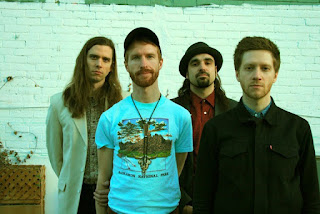 Delta Will - Nothing Is Enough.

Background from Delta Will - The first single Nothing Is Enough, taken from the new Multitudes I EP, which we see as a continuation of our psych-pop, folk & soul influences.

We wrote “Nothing Is Enough” as a retro guitar-pop affair with big vocal harmonies and bouncy bass lines. Lyrically, it’s a more sombre affair that gives glimpses into our modern obsession with staring at screens.

The song grapples with our desire for perpetual happiness, and our tendency to hide our true feelings. We paired up with animator Mike Pereira to make a video that illustrates these themes in a playful satirical manner, definitely somewhat inspired by Terry Gilliam’s fantastical Monty Python animations.

Multitudes I is the first in a series of three EP’s we’ll be releasing over the next year. Delta Will has always had a somewhat eclectic sound, inspired by a wide range of music and this project was the perfect excuse to write songs that drill a little deeper into some genres we’ve always flirted with. Delta Will’s ‘Multitudes I’ EP is out July 27th. FACEBOOK.

'Nothing Is Enough' might have been intended to be something of a retro pop song, however it has plenty of fresh and appealing vibes and is beautifully constructed. Catchy and accompanied by an imaginative video, those forthcoming E.P's sound rather promising.