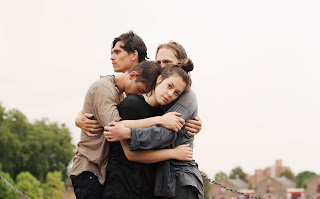 Background - Dahlia Sleeps return with the news of new EP ‘Love, Lost’ - set for release December 3rd via Beatnik Creative. Recorded and produced in the band’s own basement studio in South London, the EP news arrives today alongside the release of its stunning lead single, ‘Storm’.

Written about the blurred boundaries that we so often encounter when two hearts or two bodies meet, it’s a song that was formed initially on the piano in singer Lucy Hill’s living room. Luke Hester, the bands producer then built the beautiful instrumental piece around it the very next day. Hester's haunting, skeletal electronic production, paired with Hill’s delicate, soulful vocal make for a stunning partnership - and signifies a new dawn for the band.

“It’s a song that feels truly us - I feel this comfort in it that I don’t think I’ve felt before”, says Lucy. “I’ve been reading a tonne of poetry in the last year or so and that's massively inspired me to step up in my writing. When you’re telling a story thats important to you, each word has to count for something. I think that philosophy runs through everything we’ve created on this upcoming EP.”

Speaking on Storm's video accompaniment singer Lucy Hill said: "The directors Ruby and Leo did such a beautiful job exploring the emotions that 'Storm' brings up. We wanted to keep the video super simple when translating those emotions onto screen - they are such a universal struggle but they play out differently in each of us. I hope the video captures that for people."

Soulful, passionate and beautifully arranged and produced, 'Storm' is a moving and enticing song, where the heartfelt vocals and sensitive musical backdrop work so well together. The video adds more, matching the mood of the song, whilst providing an additional dimension to the track. 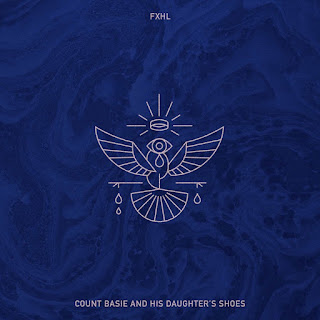 Background -  This is Foxhole’s third and final new single “Count Basie and His Daughter’s Shoes”, taken from Well Kept Thing, the bands’ first new album since 2006. The rhythmic seed for “Count Basie and His Daughter’s Shoes” — a sampling of ’30s era big bands, cut, shifted and reversed beyond recognition — was born in the same small coffee shop in Bowling Green, KY where Foxhole cut their teeth; nearly two decades later, it’s now owned by a band member and serves as the de facto HQ for the group. The three-act structure of the song takes listeners from a post-apocalyptic speed-racer vibe to a melodic interlude with soaring trumpets recorded in a pond-side cabin in rural Massachusetts, bridging the dissonance of the intro with the quiet, resolved meditation of the end. As far as what Count Basie himself had to do with any of it, that particular motivation has long receded from memory. Hope you can give it a spin and keep the band in mind for Beehive Candy, would love to figure something out since they’ve been on hiatus for so long… until now!

Continuing in the vein of the videos set to vintage film for their previous singles “Noble Scales” and “After the Walk”, the band is also sharing a music video for “Count Basie and His Daughter’s Shoes”. Utilizing footage pulled from the eponymous 1926 German silent film, the video for Foxhole’s latest single accompanies Faust as he strikes a deal with Mephisto in a blood contract, exchanging his soul for power and glory. It’s a tempting offer, especially as the people around him are taken to the grave by the plague... and Faust is well-meaning, but like any good person, he infamously finds out best intentions have opened the door to his own greed, lust, and ambition - a timeless tale!

Written across 12 years, five states and three countries, Well Kept Thing is a sonic autobiography, telling the story of a band growing up and journeying apart, while fighting against distance and the demands of adulthood to preserve their friendship. It's the culmination of more than a decade of writing, recording, revising and waiting. As members started new careers (as a coffee shop owner, a farmer and commercial fisherman, a creative director, an admission to MIT’s Media Lab), married, had children and continued their nomadic tendencies, with members living around the globe, each change brought a new perspective on a growing repository of ideas. Slowly, a new writing process emerged, and with it, a new aesthetic. WEBSITE.

'Count Basie and His Daughter's Shoes' is our second song feature for Foxhole following on from 'After The Walk' back in late July. As mentioned previously their material is predominately instrumental, however as the latest song demonstrates, there is nothing lacking as a result, in fact it enables our imagination to thrive, particularly when accompanied by a video like this! 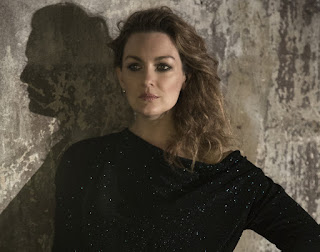 Background - "The Zeppelin" is the new single by Sarah Nixey (Black Box Recorder), taken from her forthcoming album Night Walks, which is out on 5 October via Black Lead Records. Against the backdrop of wartime England, "The Zeppelin" tells the story of a woman battling with the end of a love affair. Nixey is releasing it as a four track EP comprising the single, two definitive remixes and a live studio version.

Night Walks is a glittering, nocturnal album, written whilst struggling with insomnia, the songs are set in a metropolitan sub-world where everyone dodges the dangers of reality. The lyrics describe episodes that take place over one night, spanning several decades, in a tiny enclave, at the heart of London's bohemia. Night Walks is a modern, sophisticated album, rooted in classic record making.

Nixey won over audiences as the singer of darkly glamorous pop group Black Box Recorder at the turn of the 21st Century, along with fellow band members Luke Haines (The Auteurs) and John Moore (The Jesus and Mary Chain). The band just released a box set of all three albums called Life Is Unfair via One Little Indian.

Since then, Nixey has honed her own musical voice with an eclectic solo career. Night Walks arrives seven years since her second solo album Brave Tin Soldiers, which was described by The Independent as “a thing of subtle gorgeousness,” and Uncut called it an “understated triumph.” Her debut solo album Sing, Memory, from 2007, was praised by CD UK who said; “In a time before Alison Goldfrapp and perhaps Sophie Ellis-Bextor, Sarah Nixey was the closest thing you’d get to royalty in the charts.” WEBSITE.

Back in July we featured 'Coming Up For Air' and commented that it was "a song that has timeless pop sensibilities, an imaginative arrangement and vocals that are enticing and just cannot be resisted". Now we have 'The Zeppelin' a moving, atmospheric and fascinating piece, where the lyrics are as important as the gorgeous vocals and creative musical backdrop, as they combine and sink there musical hooks in very deep.