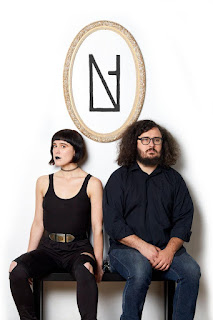 Background - 'All the King’s Horses' marks a shift from Lung’s first album, Bottom of the Barrel. The content was largely influenced by the band’s experiences from their national tours. “We’re excited that it [the new album] is going to be out of our heads and into the world.” Wakefield explains, “The album reflects what we (Daisy, Rachelle, and me) have experienced as a band touring around this confusing and awesome country. It is a snapshot of what we have seen, lived-through, and what’s been shared with us. The record aims to take you on a journey of personal and shared struggles and goes to some pretty vulnerable places. I hope that people listening to the record get some sort of cathartic release by the end of it.”

Sonically the album has a dark, biting edge. Kate Wakefield (vocals, cello) and Daisy Caplan (drums) have developed a powerful, sinister sound created from total immersion into music culture and life on the road. Thematically, the record has a wide range, with songs directly confronting issues of consent such as “Brock” and “All the King’s Horses” in addition to more fantastical narratives of reality as in “Spiders” and a few pointed anti-love songs.  The art for Lung directly reflects these intense experiences. Their artist, Rachelle Caplan, interprets the music visually in real-time as songs are being written and consistently tours with the band.

Lung, which formed in April of 2016 and includes Daisy Caplan on drums, has played over 250 shows to date. Known for their live shows, they are looking forward to returning to the West Coast, hitting spots old and new. “I’m excited to play places we’ve never been before, to see every part of this country,” says Daisy. The two are not new to the road. Both have performed in multiple touring projects. Kate has been writing and performing solo since 2014. Daisy was a core member of the prolific rock band, Foxy Shazam and feminist punk band, Babe Rage.

When asked about what we can expect for the next record, Wakefield hinted at heavier thematic material. “This next record is going to bring something different. A lot has happened in the world since our first release (Bottom of the Barrel, Spring 2017) and this album reflects that intensity.” Tracks from All the King’s Horses show a maturation in the band’s songwriting and an evolution in content. There is a more demanding and provocative edge to the record that illustrates undeniable feelings of paranoia and unease with the onset of the Trump presidency. “We were in Texas during the election. Nobody could believe it. We were playing small towns and big cities alike. The feeling was intense; a new ‘uncomfortable normal’ began to take over,” said Wakefield on the experience. WEBSITE.

Taken from the duos brand new 'All The Kings Horses' album released this week we have 'Butcher'. Lung are a potent musical pairing, the instrumental choice adding natural individuality, and the vocals delivering plenty of attitude and emotion, this is passionate and feisty. 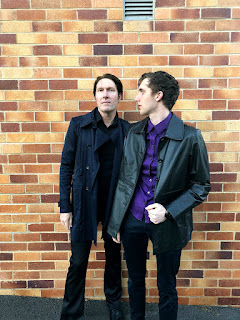 My Femme Fatale is inspired by classic 1940s/50s Film Noir. A seductive woman persuades her new lover to kill her husband for financial gain, but she ultimately betrays that lover. This dark theme is punctuated by humour with lyrics such as: “Got you what you wanted - Got his money and a room with a view - I lost my moral compass - When you asked if I could ‘just shoot him too’ - Shoot him too? Well, what else could I do?”

Despair and Desire includes the previously released single Ms Fox, which was reviewed by Beehive Candy: “.... ‘Ms Fox’ is another very impressive song. Mixing pop and indie rock vibes, the production is distinct and the gentle melody is full of hooks, in what is a top quality piece”. Ms Fox is the personification of Fox Glacier, NZ and the song is a lament for global warming.

Despair and Desire is primarily a collection of songs about relationships in various states of disintegration or buoyant aspiration. The album was recorded and engineered by Slade Gibson at Slade Gibson Audio, The Gap, Brisbane.

The release of their first album Worlds Apart in 2017 included the singles 6th of June, Animal (Arun Kendall in Backseatmafia: “Straight out of Brisbane and seemingly via the tenements of London comes Velvet Flare with Animal, a visceral, angry stab of glam rock that has all the hallmarks of an Antipodean Suede. Singer Paul English has a soaring voice, complete with eviscerating lyrics, that moves effortlessly into a falsetto…… a refreshing blast of unadorned indie guitar music with all the necessary posturing and sneer any good rock song should have”.) and Ice Age (which was No. 22 in Tomatrax Top 100 Songs of 2017). These singles and the album track The Brightest Light have all had airplay in Australia, England and Europe, and the USA. FACEBOOK.

Our third musical share for Velvet Flare comes in the form of their latest single 'My Femme Fatale'. The duel vocals really work well on this song, at times almost duelling rather than harmonising, doing so above a vibrant rocking backdrop. 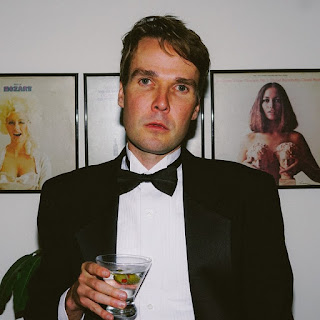 Background - I began writing Never Stop Learning To Love on an escalator in a mall in Spain. The mall had about ten floors and by the time I got to the top I had a verse and a chorus. All that was at the top was a restaurant so I went back down.

The song is a reminder to myself to always practice tolerance and acceptance amidst chaos, the way children do. It’s about as psychedelic as I get in my writing. Not the Jimi Hendrix, Sgt Pepper version of Psychedelia, but the Brian Wilson, Disney version.

I always subscribed more to that: The idea that psychedelia isn’t entirely about drugs, but rather about a return to childlike innocence through purity of mind and a reverence for the natural world. For this reason, we felt it appropriate to shoot the video on the same beach where I spent so much time as a kid, just running around with a dog. It seemed to say everything about the song.

I recorded my upcoming solo EP with Tennis at their home studio in Denver and recruited Beach House drummer James Barone for the studio sessions. TWITTER.

Our second song from Johnny Payne is the gorgeous 'Never Stop Learning To Love'. Understated psychedelic vibes pour out, with some timeless sixties charm and fabulous hooks, this is instant replay material, and some. 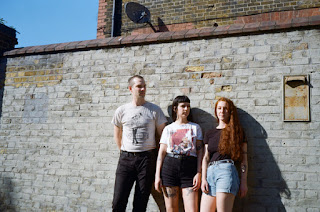 Value Void - Teen For Him.

Background - London trio Value Void share the third single, "Teen For Him", from their debut album Sentimental, due out on 26 October via Tough Love, released on limited edition green vinyl, CD and download. Last week the band played their first ever BBC6 Music session for Tom Ravenscroft. They will play an album launch show at The Stag's Head in London on 1 November.

Marta Zabala from the band explains more about the "'Teen for Him' was written in Buenos Aires ages ago, probably 2015 whilst Paz and I were working as assistants in a Social Gaming Company. It's a childish song about those moments when someone is having a personal crisis and are overcome by some weird infatuation, where the object of their desire has nothing to do with them. Like filling a gap."

This follows the singles "Babeland" and "Back In The Day." The album is instantly affecting, with an ease and clarity that suits the elegance of the lyrics: coded love songs and cool reflections on life which are all the more vulnerable and touching sung in Paz Maddio's lilting, ultrachromatic voice - a ceramic-sharp diagonal transatlantic on a pure open tone, with subtle waves of vibrato at its top end. It's a particular heart breaker on tracks such as “Babeland” and “Dead Ladies Lament”. BANDCAMP.

Having already featured the first two singles from Value Void 'Teen For Him' makes it three and does so with class. The bands individual and delectable sound is all apparent, the vocals slipping into pure London accent at times is charming, the album 'Sentimental' is now a must hear asap!