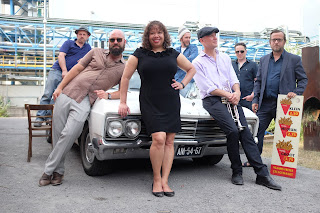 Caz Gardiner & The Badasonics - Out Of Time.

Background - The Badasonics mixes soul and funk together with Jamaican riddims and horns with the soulful rock and reggae voice of Caz Gardiner to deliver a pulsating party of soul steady beats.

Caz has performed with the BandHouse Gigs, Newmyer Flyer productions and The Beat Hotel. She was the lead singer for The Ambitions, a 60's influenced soul/ rock band which in 2008 was nominated for a Wammie (Washington Area Music Association) in the best new band category; and the rocksteady / reggae band Caz and The Day Laborers. In 2010, she was nominated for a Wammie in the best traditional blues / RnB vocalist category for her work with Caz and The Commotions.

Caz Gardiner & The Badasonics debut LP will be released this month. WEBSITE.

Whilst the featured song 'Out Of Time' might show off the bands more soulful and funky side, doing so with some high class style I would hasten to add, there is more to them than this. They can and do conjure up some tempting reggae sounds, and jazz things up gorgeously with horns. Overall the feeling is positive and upbeat, and their musical fusion is highly contagious. 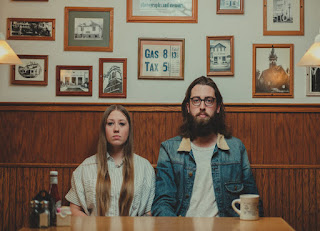 Background - "Americana has become a mainstream staple in music and for the most part, the sound has been watered down throughout the years by corporate America…Edward and Jane though, they’re cut from a different cloth," says Ghettoblaster of the Chattanooga, Tennessee-based folk-rock collective's new tune "More," which it calls an "emotional masterpiece." The song is featured on the band's new EP Too Early To Tell, set for release on September 28th. Edward and Jane will celebrate the album's release with show at The Camp House in Chattanooga on October 13th.

"More," which features the angelic vocals of band co-founder Emilie "Jane" Creutzinger, is a tribute to those who have shaped us into who we have become. "We are who we are because of the people who raised us--the care we received, or lack thereof in our upbringing" says co-founder Timothy "Edward" Carpenter. "However your childhood experience, you are who you are much to the credit of your mother and father. You clench tightly to their best qualities, and avoid their worst, but in my experience the apple never falls far from the tree. Everyone has parents. Everyone can understand this. 'More' is an attempt to show our deep gratitude for those who raised us into the people we are today, for better or worse."

On a mission to cultivate a communal environment at their shows where everyone belongs and feels like a necessary piece of the puzzle, Edward and Jane use their art to take listeners back to a simpler time—a time where music could steal you away from the worries of the world. With the help of Anderson, Indiana-based producer, Jonathan Class, Edward and Jane have found their voice and unique Americana sound. They have toured extensively for the last three years, landed multiple television placements on MTV and A&E, and have shared the stage with the likes of Mandolin Orange, Jon Foreman, Elenowen, Birdtalker, and Aaron Lee Tasjan.

The band’s desire to make true folk-rock music is heard in their honest lyricism and incredible family band instrumentation, all beautifully showcased on Too Early To Tell. The album, which distills influences from Tom Petty & The Heartbreakers-esque classic rock to soul-moving gospel choir harmonies, is a nostalgic journey to freedom that blends the bittersweet pain of departure with the flourishing beauty of independence. WEBSITE.

Gentle and melodic 'More' slowly builds with emotional intensity and feeling. The musical backdrop is sublime, understated at times when additional layers of instrumentation are added they resonate beautifully. 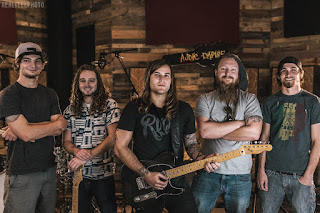 Audic Empire has been turning heads in the Austin, TX music scene with their psychedelic, reggae/rock and feel good tunes. They have a high intensity performance and an astonishing sound with the contrast of two singers Ronnie Bowen & James Tobias, their red hot solo guitarist Travis Brown, psychedelic keys from Carver Ripley and rock solid rhythm section Jess Leonard.

Audic Empire has played with numerous great artists and festivals. Audic’s first album Sativa Sunrise was released in 2015. They have 6 singles that have been released over the past 4 years, which are available on all online platforms.

Currently the band has finished and about to release their 2nd full length album Indica Nights with producers James Wisner and Miles Brown. With the rapid growth of their reggae/rock sound, Audic Empire is on the rise with their journey to produce a unifying sound wave of love and music. TWITTER.

Audic Empire have something very special going on here. The bands mixture of alt rock and reggae is seamless and highly up skilled. 'Turmoil' demonstrates this with style and the vocals are in total alignment as the band traverse between genres. This is very impressive and totally engaging music.