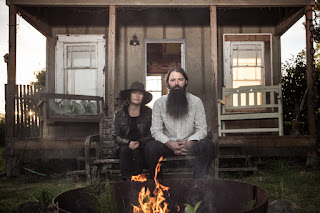 The Mutineers - Couldn't Get Over You.

Background - Ahead of releasing their new five-track 'Threshold' EP and launching a busy 2018 national tour schedule, The Mutineers present the first single from this EP. 'Couldn't Get Over You',  a pleasantly wistful offering guided by a longing feeling and lulling melodic line.

A bit earlier, they unveiled the new video for 'Drug For That', filmed and directed by California-based photographer and visual artist Clovis IV.  The track, previously released on 'Live At B-Side', will be offered as a bonus track on a special Bandcamp edition of the EP.

Based in Portland, Oregon, The Mutineers are a rock n roll husband-wife duo with country leanings and punk rock tendencies. With Brian Mathusek on guitar and Merry Young on drums, the couple share vocal duties. Sounding like a cross between Johnny and June with John Doe and Exene, and a bit of Nick Cave and PJ Harvey, their sound esthetic is influenced by such artists as Bruce Springsteen, X, Nick Cave, Loretta Lynn, and Elvis Presley.

“This was written specifically for Merry’s voice. I wrote the first draft of lyrics and she sculpted it to fit her style. Her world-weary delivery is the perfect backdrop to the story. The song contemplates the dual feelings of helplessness and power inside a co-dependent relationship,” says Brian Mathusek.

“The singer is struggling with self-confidence and self-consciousness. She can not decide if she has been too open or not open enough. I think everyone has someone in their life that they can’t stand, but also can’t live without, whether it’s a lover or a family member or a friend. Knowing when to cut someone off is very difficult. By the end of our song, the narrator has given up and given in to this cycle of love and hate, another lost soul.” WEBSITE, BANDCAMP.

'Couldn't Get Over You' is just one dimension of the 'Threshold' E.P. where The Mutineers mix reflective and melodic material such as the featured track, along with more gritty rock and roll. There is an engaging core sound that permeates throughout the material, one that is personal, natural and always desirable. 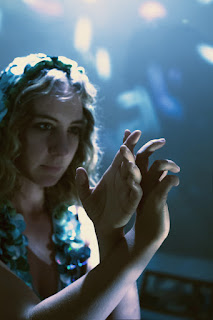 Background - London singer-songwriter Lyla Foy has just shared a new taster of her forthcoming second album Bigger Brighter, with the unexpectedly sanguine Try My Heart. Another example of Lyla laying her feelings bare, the single provides a further glimpse into the emotional journey she experienced throughout the process of writing the album. Following a premiere on Wonderland, you can listen and watch another one of her brilliant accompanying animated videos here. Lyla explains more about the song below:

With this song I’m trying to be frank about cyclical swings in temperament and I wanted to set all that talk about feelings to a driving, Krautrock-esque beat. It’s made all the more bizarre with Gina Tratt’s animated video which makes me question my sanity.

Bigger Brighter will be released on September 14th 2018, and includes previously released, BBC 6Music supported single Far Behind You featuring Jonathan Donahue of Mercury Rev, the thought-provoking No God and the beautifully enchanting Suckermoon. Also featuring on the album is John Paul White of Civil Wars for the track Bring Flowers. The record was mixed by Patrick Wimberly (Chairlift/MGMT/Solange).

In Lyla's words... From fantasy to bedlam and religion to feminism, Bigger Brighter covers some ground. With this record, one of the main things I recognise is that I’ve been more explicit with my lyrics and I feel slightly uncomfortable revealing this insight into my character.

Bigger Brighter was made with my longtime collaborator and boyfriend at the time, Oli Deakin (songwriter and producer, aka Lowpines). While I was conceiving the words and melodies, he was instrumental in the musical vision and the whole process, alongside me. Ever since we started this five years ago, it was always the two of us at its core: him and me. The production and the sound we realised could not have come about any other way. WEBSITE.

'Try My Heart' follows on from our June feature for Lyla Foy where we shared 'Far Behind You'. A softer and flowing song, it's Lyla's elegant vocals that add the melodic hooks, whilst the rhythmic backdrop adds the pace in a uncomplicated and complimentary manner. 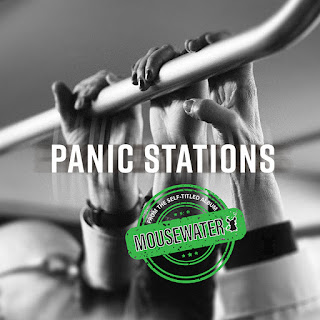 Backdrop - Mousewateris an independent singer songwriter based in Melbourne, Australia. His musical palette interlaces indie rock influences with melodic tone and colour. Panic Stations, the debut single and brings to light the loss of control that the pressures of everyday living  can manifest as anxiety for many.

“I was riding to work on my scooter one morning, it’s about an hour commute, the ride always gives me time to think and sometimes song melodies pop into my head. Wearing a helmet, nobody can hear me, so I play with the melody and lyric. When I get to work I would find some secluded spot to sing the idea onto my phone before it disappeared forever. This was the genesis for a number of the songs on the album, including Panic Stations” - Mousewater.

The track was written and recorded at Mousewater's home studio in Melbourne. All audio engineering, instrumentation and performance were also completed by Mousewater. Mousewater cut his teeth in indie rock bands touring the east coast of Australia. Years of touring had taken its toll physically and mentally and he was forced into an extended hiatus from performing and writing. Without even so much as picking up his favourite guitar for years, the drive gone, the passion for music dissolving, willingly readying himself for the post-music abyss joining so many other kindred spirits.

The year is 2016 and something was changing, inside him, some fire had been rekindled, a spark ignited and now with fuel being pumped into the empty vacuum left by an unfulfilled journey. He began to write songs again, he began to sing again, but he had some ground to make up. Songs came together quickly, the extended break had given him fresh perspectives on life and personal narratives of subjects close to his heart. Mousewater spent the next two years refining the songs he was writing. Wanting, no needing to record them, learning new processes of recording independently was inevitable. He would take his time to ensure the transition from inspiration to reality was transparent. Now complete this release is a reflective and poignant statement on the World we live in, moments that matter and the frailty of the human condition.

'Panic Stations' is a majestic and sumptuous indie song that has so much going for it. A sweeping arrangement that captivates the heart, plenty of melodic hooks and lush vocals, Mousewater has clearly put a lot into this song, and the result is that we get a whole lot more out of it.