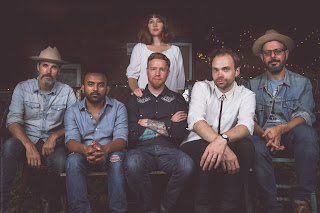 With LeBarons debut full-length Summer Of Death, Chris MacDonald dares you to keep your grip or let loose, either way you’re in for a trip. Summer Of Death (2018) is a milestone almost two years in the making. Production started in January, 2017 at John Dinsmore’s Lincoln County Social Club recording studio where previous magic was made by artists like The Strumbellas, Timber Timbre, The Wooden Sky, and Elliott Brood. This unhurried approach allowed the band imbue each song with its own unique character. The result is a rich, complex album that reveals itself with each listen.

LeBarons are 100% independent and have never been involved with a record label or professional management. Dinsmore and McCaslin are long-time collaborators whose involvement arose from organic relationships and a mutual love of the music being created. Music at its best is a craft of passion.

This is LeBarons’ full-length album and takes the band into new territory as they push the boundaries of alt-country. Chris MacDonald’s lyrical storytelling is still center-stage, but now framed by arrangements soaked in reverb and drenched in feedback. The result is a dynamic album full of visceral emotion and tense with potential energy.

'Brand New Sound' is one of eleven tracks on the new 'Summer Of Death' album. The band register somewhere on the Americana scale, with Alt Country being one suggestion. As the featured song demonstrates they can and do up the energy levels on occasion with some vibrant rockers.

The musicianship is superb throughout, and the vocals, dual vocals and harmonies are gorgeous and so in keeping with the genres and styles the band present. You can head over to Bandcamp (link above) for the whole album, it's packed with great tunes and deserves a listen at the very least. 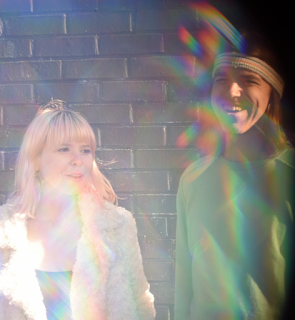 Frederick The Younger - Everybody Wants To Take You For A Ride.

Hailing from Cleveland, Ohio, some of Jenni Cochran’s earliest memories are of writing songs. Returning to the USA after working in Vietnam for a few years, she met Aaron Craker (guitar, keys, vocals) who was performing with his band Dr. Vitamin.

The two immediately bonded over their shared love of Elliott Smith and The Beatles. They formed Frederick The Younger a few years later, releasing their first full length record “Human Child” in 2017.

The band is their bond, formed on groovy garage pop, soulful vocals, a hint of Broadcast and 60s pop with a modern twist. There is an earnestness to their newest songs on a forthcoming EP, due out early 2019, that rings true - the kind of sincerity born from experience.

These songs feel alive and well-lived, tragic, nostalgic, beautiful, and contemplative, all with a solid hook. “Everybody Wants To Take You For A Ride”, the first track taken from that EP, is a beautifully delivered, moody alt-pop piece that introduces a slower sound aesthetic to what they have to offer - the track is officially out now. TWITTER.

The new song 'Everybody Wants To Take You For A Ride' is our fourth feature for Frederick The Younger as the duo once again impress Beehive Candy. Melodic, atmospheric and moving, this is a beautiful song that simmers with emotion and feeling. 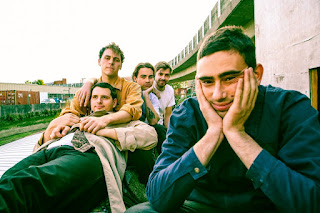 Peckham five-piece YOWL have announced their new single 'John the Collector'. The single follows the release of YOWL's third single for ‘Warm (In The Soft White Fire Of Modern Living)’ and is being released with DIY for Jäger Curtain Call ahead of their headline show, which will be taking place on 15th November at The Lexington, London (with support from Sister Talk and Lumer).

The single was recorded at London’s Tileyard Education Studios. Speaking about the single, singer Gabriel Byrde says: “It’s a loose delve into the male psyche. It’s about a guy who tries to open up a little more and realises the only way he can do that is to murder his friends and stick their faces onto his walls so he has someone to talk to at all times.”

Following Jäger Curtain Call the band have two more shows lined up for 2018 including a show at Rough Trade Bristol on 8th December alongside Hotel Lux, Squid and more, as well as a sold-out end of year IDLES AF Gang Xmas party at Record Junkee in Sheffield on 15th December with John, Heavy Lungs and an IDLES DJ set from Joe Talbot.

'John The Collector' serves as a taster for what's to come from the YOWL in 2019, FACEBOOK.

Now this really is something to write home about! 'John the Collector' is the second song we have shared from YOWL (you have to go back to April for the other one), and it's a sublime, feisty and massively catchy affair. The vocals are phenomenal, the band are tight and funky, it's a little like Talking Heads merged with Devo, and the South London boys have done themselves proud with this song.