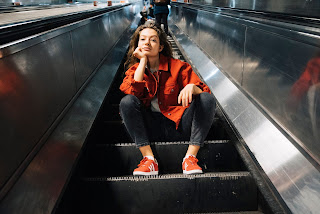 After phenomenally received first three singles, ‘First Impression’, ‘No Thanks’, and ‘Let Me Think’, Amanda has gained a reputation for herself as a bit of a sass-pot. From calling out shallow personalities on ‘First Impression’, (with lines such as) “I like you better out of site ‘cos you’re a social parasite”, to saying ‘No Thanks’ to time-wasters, Amanda’s not afraid of making a statement. Her third single ‘Let Me Think’, about taking a minute to stop and evaluate how happy you are with a situation, continues to exhibit her playful nature and her ability to create pop bangers. Her final track from the EP, ‘Pick a Card’ rounds off the EP with a slower melody showcasing Amanda’s outstanding vocals, while covering the deeper subject of making choices.

First Impression EP is “a very special ride” Amanda says. “I have gotten to know myself in a different way musically - more playful and fun than in my previous work - which has been really interesting”.  Regarding the final unreleased track, ‘Pick A Card’ was another song co-written with Askjell, one of Norway’s hottest writers.

“It's been great working with Askjell. ‘Pick a Card’ is a very personal song, about making choices in life - something I'm very bad at, and it felt really good to put that into words. It's been exciting to work on this EP, but I can't wait to start working on the next one.” TWITTER.

The 'First Impression' E.P. comprises of four tracks. It's gorgeous uncomplicated pop that's crammed full of hooks. Add in the intelligent lyrics and an individual style that sets Amanda Tenfjord so apart from, the artificial sounding production line chart music of today, and you have a really impressive collection of material. 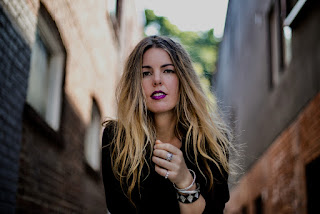 Mel Parsons - Just 'Cause You Don't Want Me.

Mel Parsons has been at the forefront of the indie-folk movement in New Zealand, forging her own path as an independent, self-managed artist. Coming off the new album Glass Heart, "Just ‘Cause You Don’t Want Me" is a break-up song that cuts through with hard-hitting lyrics but deceptive sonic simplicity, reminiscent of Fleetwood Mac. Alternating between both heartbreaking and triumphant, "Just ‘Cause You Don’t Want Me" sees Parsons opening up about the end of a relationship through sweeping big drums and upbeat, catchy melodies.

With a stunningly simplistic and crisp video to match, Mel Parsons is entering the competitive realm of indie-twinged folk with guns blazing, establishing herself not only as an expert songwriter and performer, but as a person with a genuine story to share.

Mel Parsons, on her upcoming album Glass Heart: "It was a particularly fertile writing period... songs were falling out all over the place, and I have learnt over the years that when that feeling of inspiration comes knocking you really have to drop everything and get that shit down.”

The video is clever, that said, the song 'Just 'Cause You Don't Want Me' is fabulous. Indie folk meets indie rock on this extremely catchy track, where Mel Parson's vocals are perfect for the style. 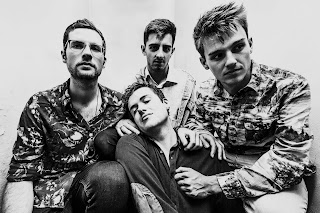 'Robot' is the second single to be taken from the eagerly anticipated debut album by Cardiff's Post-Punk / New Wave trailblazers Silent Forum.

Robot is a jittering, adrenaline fuelled shot of energy. The song speaks from the perspective of a jaded and stressed office employee against an unlikely dance punk backdrop. "I feel a shortage of high pressure in my life/ I need the office chair/ I need spreadsheets I hold dear/ I love coffee, I hate beer".

“Robot is a fun character piece. The world already has enough breakup songs, or songs about partying - I thought it'd be funny to write something about a disgruntled office worker. Its not a song about me - I have a far more positive outlook than whoever  this song is about.” Richard, singer of Silent Forum. BANDCAMP.

Back in July we featured 'How I Faked The Moon Landing' from Silent Forum (it didn't seem that long ago) and the new song 'Robot' is another fine song, in fact last time around we said that the band has "one engaging and resplendent sound", I think this new piece pretty much proves we were not exaggerating. 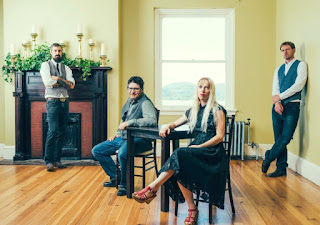 With honest, heartfelt songwriting and an unmistakable sound, Asheville-based Tellico has crafted Woven Waters, an album that blends the group’s bluegrass sensibilities with British Isles influences, creating an eclectic collection of poignant folk songs. The album is available now from Organic Records.

The group worked with noted Irish musician and producer John Doyle and Grammy-nominated engineer David Arnold, to record Woven Waters in Johnson City, Tennessee. With Doyle’s guidance, Tellico created and recorded arrangements in the studio. The practice brought the group to open, uncharted territory in their musical landscape. There, they built on their distinctive core sound and found a new level of awareness to texture and melody. Augmented by Doyle’s contribution on bouzouki, the chord choices and rhythmic dynamics intertwine to create a sense of weaving the natural flow of each song’s intent, inspiring the album’s title.

Tellico’s members Anya Hinkle on vocals, guitar and fiddle; Greg “Stig” Stiglets on vocals, upright bass and harmonica; Aaron Ballance on dobro and lap steel guitar; and Jed Willis on mandolin and telecaster, were also joined by drummer David Brewer. The effect of this studio line up offers a sound that is Appalachian Americana.

At Tellico’s core is the voice and guitar of Anya Hinkle, evoking tones of Gillian Welch. Her sound is rooted in the mountains of her native southwestern Virginia, but seasoned by travels across the world. With arresting honesty, her singing and songwriting comes from the heart. The foil to Hinkle can be found in fellow songwriter, vocalist, bass and harmonica player, Greg “Stig” Stiglets. Inspired from the stories and events of daily life, his attention to melody and groove help to further showcase the instrumental prowess of the band. WEBSITE.

The new 'Woven Waters' album is worthy of a listen by anyone who has a liking for modern bluegrass, British or Irish folk music and all stops in between. Excellently crafted music and enticing vocals, are just a part of Tellico's beauty, the lyrics are thoughtful and the bands natural sound transcends genres, pulling the varying styles together, in a talented and desirable manner. 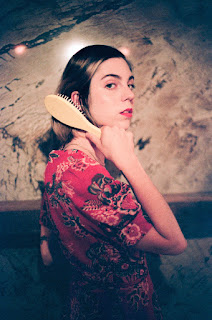 Deanna Petcoff tells us - My new single “Stress” is about frustration, loss of hope and acceptance of a situation that will never be fixed.

The unbearable weight of not feeling good enough for the person you want; thinking they might want you back but can’t follow through with their flirtatious actions is a common feeling. I wanted to encapsulate the frustration that accompanies this.

Way too often, I find that feeling is described by leaning heavily on the sadness that it comes with, ignoring all of the anger in it, as well. I wanted to show the range of emotions women feel with the loss of love that aren’t just the sadness of heartbreak.

Ultimately, in the end of “Stress,” she’s done playing with this person and wants the situation to be over so they can both get on with their lives. Making the decision to be done with that kind of situation is difficult but often necessary. I decided it was worthy of a song. TWITTER.

It's apparently part of modern life to experience 'Stress' and although I am told that positive stress is good for us, I still can't help feeling that none at all would be just fine. Anyhow I guess this song is dealing with emotional stress and all that goes with it, particularly from a female perspective. From a male perspective I will just say it's one very fine song, that will be getting a good few more listens on my part.