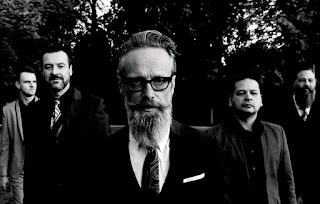 Black Cat Biscuit, no well-trodden paths or worn-out covers, but a surprisingly foxy cocktail of fresh songs, marinated in a special gumbo hot sauce. Five driven musicians, who earned their stripes by playing in different bands over the years, decided to get together in 2015.

Influences of West Coast Swing, Shuffle, Jazz, Boogie, raw Slide and Texas Blues to name a few, are definitely present in their music. On top of that, writing and playing honest songs, coming straight from the heart, is the main red thread within Black Cat Biscuit. So strong the audience experiences these energetic vibes. Even if blues ain’t your cup of tea, you will be moved for sure! Now sit tight, hold on to your socks and enjoy! WEBSITE.

Exquisite and timeless blues with a simmering level of  natural rock and roll tension, is having given this some thought regarding 'Parrot Woman', my best attempt at trying to describe this feast of a song. The video captures the mood, I'm new to Black cat Biscuit, however I'm guessing they are superb to see live, and listen to for ages. 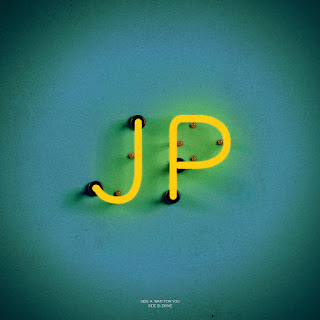 Jane's Party - Wait For You.

Janes Party tell us - “Wait For You” was written in the months following our return from opening Tom Odell’s “No Bad Days” tour in Europe. There’s a real vulnerability in coming home from a huge tour and not knowing what the future has in store.

Writing the song was a sort of therapy that helped us come to terms with how we were feeling, and turning that into inspiration and excitement for what’s to come.

The energy that emanates from a packed venue is exhilarating, and the whole tour we wished for something simple to sing at the top of our lungs that could be shouted back, no matter the language barrier.

While driving home from a show one eerie night this past summer, we asked Devon to throw on the Drive soundtrack to help set the mood. Instead, he mistakenly (or with clairvoyance) put on the song "Drive" by Cars. Right away we knew that we had to try recording the song with a dreamy, synthwave inspired feel.

Our friend Kirty agreed to jump on board and instantly brought “Drive” to life, singing lead on the second verse and harmonies on the choruses. FACEBOOK.

'Wait For You' is a breezy and melodic indie rocker that packs plenty of upbeat energy. It's one of those catchy songs that are hard to resist giving a few more (& more) listens...