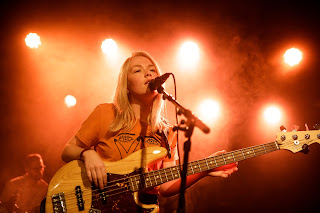 The lyrics on new track, 'Gun', outline the darker thoughts within "the capricious human mind", says Myers. 'Gun' was produced by established engineer Tom Biller who has worked on records such as Warpaint’s The Fool and Fiona Apple’s Extraordinary Machine, to Elliott Smith’s From a Basement on a Hill, and Beck’s track Everybody’s Got to Learn Sometime from the OST of Eternal Sunshine of the Spotless Mind.

“To help represent the ever-changing, ever-fickle human mind we used a changing time signature - the verse is in 6/8 and the chorus switches to 4/4. It's not incredibly noticeable but I think it disrupts the sway of the song a bit and switches you into a new rhythm," says songwriter Myers.

The sounds of Portishead, Men I Trust, Mitski, Beach House, and Angel Olsen have been key to the formation of Moon Panda, as well as the idea of a "big, lush forest surrounded by the cosmos, filled with giant creatures - a space jungle", which remains a intriguing, evocative image to songwriter Myers.

Animals have always been an important presence in her life, as Myers actually grew up on a ranch, "raising lambs, pigs, steer, horses, etc and I'd always bring my guitar. I definitely spent more of my youth hanging out with animals than with people." WEBSITE.

Back in July we featured 'Rabbit' by Moon Panda and the new single 'Gun' makes for a welcome and pleasing return. The distinct vocals are once again alluring and the music imaginative with plenty of creative thought clearly present. 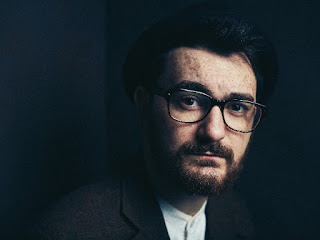 Together We’re Lost is the third EP release from Brighton singer-songwriter Jacko Hooper. Following a year of writing and taking a step back from performing live, Jacko returns with an EP written and recorded from his bedroom with the help from life long friend and Producer, Josh Trinnaman (Whose mixing credits include Noel Gallagher’s High Flying Birds, RY X and his own Brighton-based IDM/Jazz/Electronic outfit Luo).

With a limited edition run of CDRs being made available via Jacko’s boutique record label and promotions company Folklore Sessions, there will, as always with Hooper’s releases be an opportunity to not just stream the record digitally but get something much more personal which his devoted army of followers will enjoy once again.

Recorded off the back of Folklore Vol.1, a 4-track EP released with fellow musicians and friends Bess Atwell, George Ogilvie & Oktoba, Together We’re Lost tells a story of personifying emotions and situations that Jacko has found himself in, especially over the last year. A constant inner dialogue between his fears, anxieties and ‘logical thinking’ soon turned into words and melody that found themselves needing to be expressed, sticking with what Hooper is most well known for - true emotion and honesty. Essentially, the record covers two primary topics, loneliness and frustration. As ever Jacko’s own brutally honest experiences form the forward drive throughout, however the true purpose of his music isn’t ever his own story but the new ones created from it.

“I don’t feel that the original story of why I wrote the song is necessarily the most important thing, I think the fact people can listen to it and all of a sudden it becomes a different story with a totally different meaning is the best thing of all, to be able to connect to it people need it to be their story, not mine”, Says Jacko. With Together We’re Lost showcasing true emotion and honesty, Jacko Hopes that more stories are created for his very own. TWITTER.

A gentle folk song 'The Long Road' demonstrates that Jacko Hooper can really sing, in this case with notable sensitivity and feeling. Enriched even further by a musical arrangement that develops slowly into something quite special, my only complaint is that this track could have gone on for a whole lot longer. 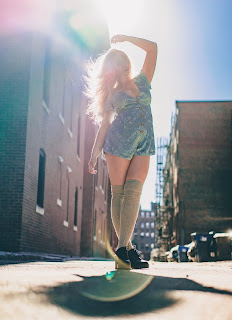 Emma Charles - Comfort in The Chaos.

Just released is a new video for the Doug Schadt-produced song by up and coming singer songwriter Emma Charles. Titled “Comfort in the Chaos,” the new single is the follow up to her recent song “Far From Here” (also produced by Schadt).

Emma Charles, a newly relocated resident of Los Angeles, began her career with a slew of well-received singles as Emma Charleston early on as she studied at the Berklee College of Music.  Says Atwood Magazine of her 2017 single “Volcano”: “There’s an airy warmth erupting from Emma Charleston’s ‘Volcano,’ its subtle hues and subdued musical flavors gently twisting together as the artist opens her soul and lets words and emotion spill forth.”

Emma Charles recently graduated and is now honing her image and style for a full time music career based out of LA.  She’ll continue working with Schadt on new songs in 2019 and will be embarking on a spring tour.

With a sensitive and beautifully arranged musical backdrop Emma Charles vocals have room to shine and they do that with stylish grace on 'Comfort in The Chaos'. A natural pop song that is both catchy and exudes real talent, it's paired with a refined video that does justice to the track.