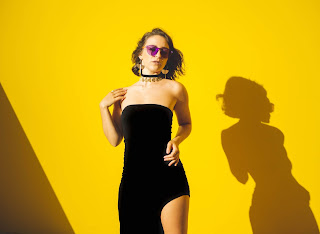 Klara Zubonja - The Winds Of Life.

Klara Zubonja, an alt-pop singer-songwriter who forms a distinct sound of her own, prepares to ascend with her latest single The Winds Of Life. Since the release of Klara’s debut album Stuck Between in late 2016, her sound has continued to grow and evolve, leading to Zubonja’s brand new EP Eye To Eye.

Like the entirety of the EP, The Winds Of Life is also about meeting oneself eye to eye, facing all facets that lie within, and learning how to go with the flow of it all. The track ventures into the contrasting aspects of oneself; the light, the dark. The song expresses various tempo and time signature changes, as Klara explores and reminds you of those ups and downs in life, but also nudges you to ride the wave, and let those winds of life carry you far.

“It’s about having the courage to face yourself, gently, and learn to flow, despite it all. Remembering that it’s okay to have darker days and darker aspects of yourself, and accepting that in yourself. It’s all part of the bigger plan, if only you trust within it.” - Klara Zubonja

The Melbourne artist approaches pop’s light-footed bop with underlying hints of experimental soul, jazz and psych. Immersed in traditional Croatian singing and dancing culture from a young age, she moved to Melbourne to study a Bachelor of Music degree and found success amongst National and community radio with her debut album Stuck Between in 2016.

Klara Zubonja draws inspiration from her eclectic background in European folk music and combines this with her broad knowledge of various contemporary and independent musical traditions. A world exploding with colour, conceptually theatrical and thematically provocative, The Winds Of Life rises amongst the heady realms of emphatic and intelligent alt-pop and secures her as a contemporary of Montaigne and Jaala.

Alt pop seems to cover a lot of bases however 'The Winds Of Life' fits that label almost perfectly. Melodic & with plenty of hooks, the intricate musical backdrop and Klara's remarkable vocals add the "Alt" doing so with especial beauty. 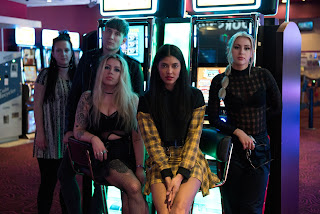 The new single from Babyteeth "Cocoon", is the third from the London based 5 piece, who with every release gets stronger and bolder.  Another banger, it follows the success of "Shame" which saw them garner new fans in Radio 1 and Kerrang Magazine, who featured the band, not once, but twice in so many months.

Influenced by grunge and punk rock and inspired by strong female artists and role models, "Cocoon" arrives to rock the alternative world with Babyteeth’s signature guitar sound. Reminiscent of your best loved 90's rock bands, yet filtered through huge, exhilarating modern production, Babyteeth are certain to become your new favourite band for 2019 and beyond.  The new track not only makes an audio statement but a strong lyrical one to boot.  "Cocoon is about how we’re sometimes addicted to making bad choices because they’re the more exciting. It’s also about how powerful it can be to decide to feel gratitude for all the shitty experiences, as they’ve turned you into a stronger version of yourself. It’s about personal rebirth, and remaking"

These sentiments reflect in the bands video. In order to contribute to the eerie dark feeling of the song, it was shot in black and white, inside a 70’s time capsule- like, retro workingmen's club in North London. The video features various imagery around the theme of death and rebirth  -"Lot's of it is hidden if you take a closer look", says the band, which will prompt you to watch it over and over. Babyteeth loved getting to “destroy a load of stuff”, despite it resulting in two of the members setting themselves on fire accidentally!  Never give a band a can of lighter fluid is the real lesson here.

The video also hints at just how explosive Babyteeth are live.  It's no wonder they were Live At Leeds 'Ones To Watch' and have supported the likes of The Naked and Famous and The Pearl Harts. The band is in demand and will finish the year as fast and furious as they started it when they support Adam Ant at a sold out Roundhouse in Camden on the 19th December.

'Cocoon' opens with a slacker rock feel before powering up into something far more potent as Babyteeth display some impressive rock and roll credentials. The video works as intended, certainly giving me some 70's London pubs and clubs flashbacks, those were the days eh? 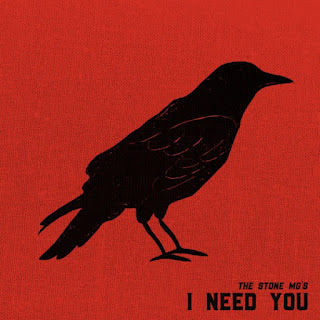 Rodney James and S.J. Warman would make great neighbors in the country, where the effort of respect is as easy as a passing nod on a dusty backroad. In a Hells Kitchen fifth-floor walk-up, they would eat each other alive.

Personalities clashing like two cars on a dim lit street make The Stone MG’s what they are. On one side of the fence is a fierce reverence for the story; The other prays to the piety of performance. But they come together in a room where Otis Redding and the MC5 find common ground. Regardless of where you find yourself, all they ask is that you listen close, and maybe, just maybe, if they’ve done their job, you’ll understand what they’re all about.

’I Need You” is about addiction. The song takes us on the journey of addiction as it takes over, corrupting and distorting reality for the user. When Rodney James sings “Shelter undercover,  desire never satisfied,” the background vocals personify the persuasiveness of the addiction: “If you scream you love me, I’ll be your whore and give you the only thing worth dying for.

I was fascinated by the "Otis Redding and MC5 finding common ground" expression mentioned in the promo for 'I Need You' and it actually makes sense. Soulful vocals and primal garage rock vibes collide and combine wonderfully, this almost pleads to be played over and over! 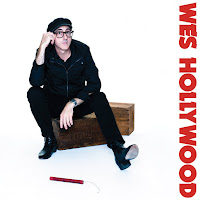 Wes Hollywood has a new album out and it's Dynamite.

Imagine Ray Davies and Elvis Costello having a punch-up in the front row of a Cheap Trick concert...

it's exactly what your thinking...

Additionally, the surplus of hits spilled over onto an equally Amazing four - song e.p. You might even hear traces of The Cars, Bram Tchaikovsky, The Plimsouls or John Lennon.

'Dynamite' comprises of twelve tracks that have everything Wes Hollywood suggests in his brief resume above. Gorgeous sixties vibes some notable seventies new wave influences are all present and it is fair to say given a refined twist where pop sensibilities cram in endless hooks.

The vocals lend themselves to the musical styles, this is good music that deserves a large audience and plenty of attention.