January 19, 2019
We commence with some fabulously sweeping shoegaze from Misty Coast, plus a no nonsense rocker and brand new single from Jenny Teator. Distant Stars are synthy, mysterious and seductive, whilst LAGS offer up some potent and almost furious post rock. Geppetto and The Whales add refinement to the collection with a beautifully crafted song, and to round off today's selection Scottish band Acrylic share a catchy and fresh alt rocker. 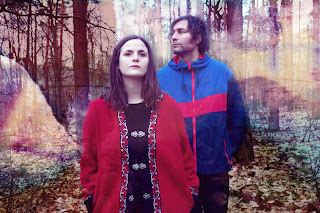 Misty Coast is the dream-pop, shoegaze amalgam from Linn Frøkedal and Richard Myklebust (previously part of the Norwegian noise rock act The Megaphonic Thrift). September 2017 saw them release their critically acclaimed debut full-length, attaining a Norwegian Grammy nomination. The Bergen-based duo now gears up for their sophomore album Melodaze, which the band themselves has simply described as their “Berlin rebel album”.

The entirety of the second full-length was written under the brutalism of the German capital’s architecture, during their two-month stay in the locality of Schöneberg through winter 2018. Stationed in an icy-cold outpost, observing local smoky beer joints and the groaning of car exhausts through the sub-zero night, Misty Coast have created something reminiscent of the bleak optimism of Cocteau Twins, where heavily distorted guitar hooks and pulsating bass lines meld with Frøkedal’s effervescent vocals. 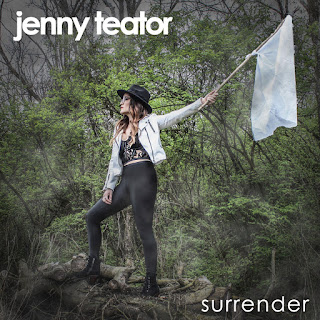 Surrender is about lust and curiosity. It talks about the primal want you get when someone comes into your life and they leave you wanting MORE. It’s more than just “I’m attracted to you”. It was this powerful gut feeling that took over my body, creating thoughts of what it could be like with this person. I think we are quick to disregard those moments and immediately feel “dirty” or “wrong” for thinking those thoughts. I’m saying, embrace it. We are only human. The possibilities are endless y’all. - Jenny Teator.

Jenny Teator is a St. Louis native who’s made her move to Nashville sharing her soul through her guitar and vocals. Performing for over a decade, Teator’s music shows her strength and confidence both in solo shows, collaborations, or when she performed with her long-term group Jenny Teator and the Fevers – a sexy blues/rock band that rocked Columbia, Missouri for years. Inspired by singers Grace Potter and Susan Tedeschi, Teator has a very straight forward lyrical style and the music follows the feelings of those words verbatim. 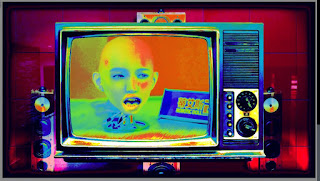 Distant Stars - Robots (Do It Better).

The Melbourne/Caen 2 piece (named after Ultravox lyrics), deliver 5 tracks of warped pop that spill their minimal/dark/cold waves over the edge of the infinity pool.

The title track is the final release on Detonic Recordings "Minimum Viable Product" singles series, it is featured as track 3 on the vinyl compilation LP. 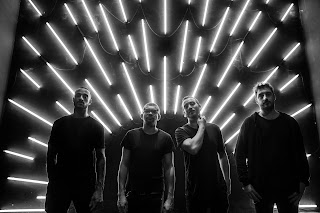 Italian post-hardcore band LAGS have announced their return with their new single 'Knives and Wounds'.

Speaking about the 'Knives and Wounds', frontman Antonio Canestri says, "‘Knives and wounds’ is the opening track of our new album and is the first song we wrote for the new album. It’s a song written in collaboration with our former singer (Luca de Santis aka SUVARI) and addresses two very important themes in the record: a disease and the search for a cure; the difficulty of being sabotaged by our own body, the failure in breaking down the "walls" in our mind, that most of the time we build as a form of self-defense from others and also from ourselves. The video is based on the concepts expressed in the lyrics and it was written by the director Stefano Pedretti: “I am my own fears, that’s what I’ve become.”" 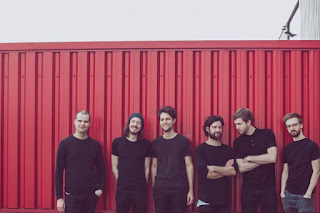 Here’s a new video that sets the bar high in terms of being incredibly beautiful. It’s from Geppetto & The Whales’ long awaited new album ‘Passages’ out yesterday on PIAS:

The track is called ‘Faust’ and is set in a lo fi production oozing with honey-like pedal steel, subtle jangly guitar and restrained strings, conjuring up picture-esque campfire and log cabin reflection.

The accompanying video is an exploration of the innocence and freedom of youth with stunning visuals of a young inquisitive man investigating a forest, playing with fire, cigarettes and insects as the track softly soothes the imagination, a perfect ode to the misunderstood. Some great guest musicians feature on the album including Ben Lester (Tallest man on Earth), Rob Moose (The National, Arcade Fire) & Trever Hagen (Bon Iver). 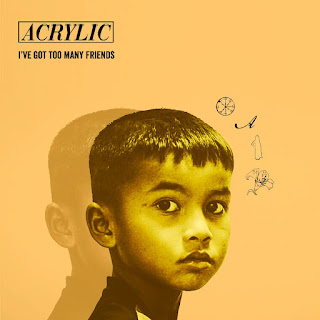 Acrylic - I've Got Too Many Friends.

Glasgow's Acrylic prepare to kick start 2019 with the release of their infectious new single I've Got Too Many Friends, out now and premiered via Clash with early features on Tenement TV, Netsounds, and BBC Rapal amongst others.

The single is a soaring slice of indie rock from the offset, filled with jangling hooks, sweeping guitars and effortless harmonies throughout.  Frontman Andreas Christodoulidis' rich baritone vocal feel instantly reminiscent of the likes of The National's Matt Berninger, giving the track an undeniably defiant and endearing sound.  Talking about the single, Andreas elaborates "I've Got Too Many Friends is about feeling as though you've found yourself in an ideal situation, with all the pieces falling together, and knowing that you've still going to mess it up.  It's about a rift developing in a relationship and explores the naive idea that sex will resolve your issues, even though it will, in fact, be a colourless and sad affair and will most likely send you straight to the abyss."