February 12, 2019
Swiss band Edmond Jefferson & Sons create a beautifully atmospheric vibe with a level of energy simmering and slowly building both vocally and musically. Talkboy's lively indie rock/pop is infectious with 'Someone Else For You' going someway to explain the growing interest in this fine band. We have a thought provoking and personal song from Orla Gartland where her melodic vocals are outstanding. The Great Escape take us on a creative sonic journey with delicious vocals and a beautifully constructed musical arrangement with hints of psych and quirkiness, leaving me looking forward to the series of releases they have planned for the year. 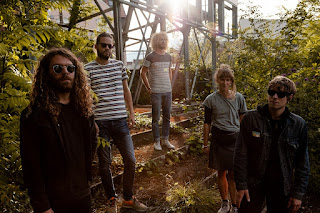 Oscillating between explosive riffs, dark rock and soft ballads, their music is perfectly harmonised by organic sound textures and a mesmerising voice...

A few weeks after unveiling the single "Helsinki", Swiss 70's alternative / explosive-blues rockers Edmond Jefferson & Sons shared another excerpt from their upcoming effort with the music video of "The Winter".

“The Winter is a melody that resonates in the wind, a wanted notice addressed to sweetness. Hills just before nightfall, that moment when everything takes on a blue colour, a feverish guitar line that appears in the air, a mild cold soothes the forehead of the one who thinks he is inconsolable.” (Josette Seydoux, vocals). 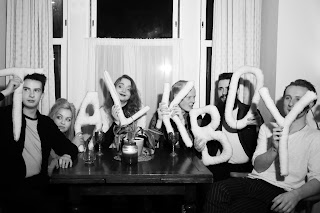 Talkboy - Someone Else For You.

Capitalising on their growing status as one of the city’s hottest prospects, Leeds indie risers Talkboy share addictive new offering Someone Else For You.

Partnering up with Leeds label Come Play With Me and LAB Records, the sextet’s first release of 2019 continues to showcase their remarkable versatility with delicious melodies and compelling guitar work firmly justifying the growing hype surrounding the Yorkshire outfit.

With the obvious influences of contemporaries Alvvays and The Big Moon nestled deep within their sound, the band’s glowing brand of indie pop has already drawn acclaim from the online community and support slots alongside the likes of Bully, Caro and Our Girl, owing much to their budding live reputation.

Discussing their forthcoming release, guitarist Tim Malkin revealed: “Someone Else For You is our first venture into the scary world of the love song. It’s a very honest account of a relationship I had that wasn’t even really a relationship. In retrospect, it was one of those that meant a whole lot more to me than it did to the other person, it’s weird to look back and think of all the things you did to try to impress someone. Ultimately, I think you just have to be you, which is sometimes a lot easier said than done”.

With a slew of releases in the pipeline and several festival appearances already lined up (including Live At Leeds), 2019 promises to be a thrilling year for the fledgling six-piece. 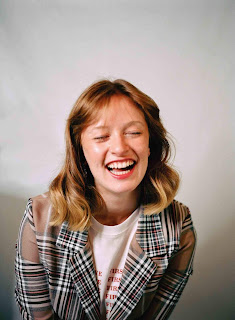 Dublin-born, London-based singer-songwriter Orla Gartland returns with a new single ‘Why Am I Like This?’. With a songwriting skill, perception and maturity that belies her young years, Gartland has created an existential pop track for her generation. ‘Why Am I Like This?’ articulates what many suffer but simply can’t put into words – feelings of social anxiety, self-doubt and the strain of that constant negative voice in one’s own head.

“Maybe I’m an old soul in a young body,
Maybe you don’t really want me there at your birthday party.
I’ll be there in the corner,
thinking right over everything single word of the conversation we just had.”
- ‘Why Am I Like This?’

With comparisons already made to the confessional and cathartic pop of Stevie Nicks, Gartland has a reputation for being brutally honest and always personal in her writing, with ‘Why Am I Like This?’ being her most vulnerable and inward-facing song to date.  She expands:  “’Why Am I Like This?’ started with me reflecting on a couple situations, filled with regret and forever fixated what I could have done, what I could have said.  As the chorus hits we cycle around the same question again and again, as if stuck in a loop - Why Am I Like This?”.

‘Why Am I Like This?’ is a soul-searching pop ballad coloured with a pop, with Gartland taking inspiration from the multi-layered, characterful indie sounds of artists such as Regina Spektor and St. Vincent. 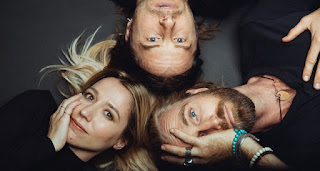 About to return with its third full-length Pulsing Synchronicity, an album to be released as a series of stand-alone singles throughout 2019, Venice-based trio The Great Escape unleashes brand-new track “Possibilities” this week – an incredibly sweet and sexy, psychedelic trip that zooms in on life’s countless possibilities.

Back with a brand-new, seductively minimalist sound that’s nevertheless still raw around the edges, “Possibilities” perfectly encapsulates The Great Escape’s new approach: playful, sexy and flirtatious, the single manages to feel confident and mysterious at the same time. Whereas singer Hanna Leess’ voice sounds more like a modern-day northern fairy queen (think Icelandic mic slinger 2019), it’s a psychedelic underwater tune that, in its eclectic minimalism, mirrors the countless possibilities we face as human beings – and the resulting uniqueness of each moment that passes.

Releasing the new album as a series of stand-alone tracks over the course of 2019, The Great Escape continue to break new ground visually as well: The cover art to “Possibilities” is the first in a series of 9 original artworks created to accompany each track (8 tracks plus album cover) – a spectacular collaboration with up-and-coming artist Gino Belassen from Phoenix, AZ that is going to see its gallery premiere once all tracks are unleashed. For the new single, Belassen concentrated on a fittingly minimalist palette, relying on fingernail scratches that reveal dark layers underneath a pink surface.