Yawners - Laurie Luke - Jackie Charles - I Was a King

February 10, 2019
There is an international dimension from today's artists. Madrid based Yawners are described as a power pop duo however they can also power rock as demonstrated by the potent & pleasing song 'Please, Please, Please'. Laurie Luke serves up some chunky riffs, emotive vocals and plenty of hooks on 'Seventeen' a feisty rocker. Jackie Charles share a refreshing indie piece with 'Time Travel' ahead of what is a fabulous album with eleven songs, all vying for our attention. Norway's I Was A King round things off with the melodic and catchy 'Hatchet' mixing energy and warm vibes with style. 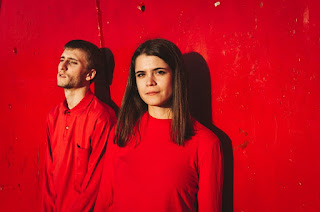 Yawners are the Madrid-based power pop duo of Elena Nieto and Martin Muñoz. Founded by Nieto in her home town of Salamanca and persisting through a move to Germany before finding its current form with Muñoz in Madrid, Yawners have established themselves at the forefront of the blossoming Spanish guitar pop scene.

Following a series of early singles that have earned critical praise and comparisons to acts like Swearin’, Husker Du, and Blink-182 in their home country, Yawners are preparing to release their debut LP, Just Calm Down. Composed of 10 effortlessly engaging pop songs, the album introduces a promising voice in Nieto, who weaves ‘90s college rock and skate punk influences into collection of nostalgia-inducing, lovelorn tracks that showcase a mix of stunning compositional dexterity and enchanting melodies.

Despite their stripped down line up, Nieto’s deft and inventive guitar parts are layered with her and Munoz’ harmonized vocals to produce a huge sound reminiscent of the early Ric Ocasek-produced Weezer albums, production that is perfectly suited for the immediacy of the material. Nieto, who is a translator and speaks Spanish, German, and English fluently, has a refreshingly direct songwriting approach imbued with playfulness and humor — as on the affectionate kiss off to a stoner ex-boyfriend on buoyant early album stand out “Seaweed” — but with the range to find moments of emotional resonance that would not be out of place beside the band’s emo heroes like The Get Up Kids, American Football, and Tigers Jaw.

Lead single “Please, Please, Please” provides an example of the latter. Utilizing overlapping vocal melodies and a powerful performance from Nieto to elevate the song’s soaring chorus to great effect, it captures a feeling of mingled hope and longing in the face of tragedy. The track is a suitably impressive introduction to a band with a bright future, who appear poised to be the latest Spanish export to garner a global audience in 2019. 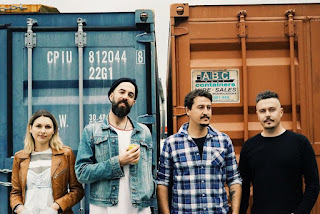 The slings and arrows of outrageous fortune often come flying seemingly out of nowhere in your late 20's/early 30's. It’s a scenario that singer-songwriter Laurie Luke has endured and ultimately turned into a creative force on his debut EP, Way Back When.

To turn back the clock for a moment tho - like so many, Laurie was thrilled and inspired by Jimi Hendrix and The Beatles while also growing up on 90's icons like Soundgarden and Tool. He formed SOMA – a heavy, angry, politically-driven prog-rock outfit. He then made his first forays into serious home recording, before forming Heavy Love, a band that was a positive, polar opposite of SOMA and toured around WA before parting ways. Laurie by this point, was recording entire albums at home that were mixed, mastered and stored away.

During this time Laurie was raising a young family at home, and had come to the end of a long marriage. Through that personal turbulence he again turned his time and intensity into music, but on a release that would actually see the light of day.  Way Back When is both the EP and the experience. 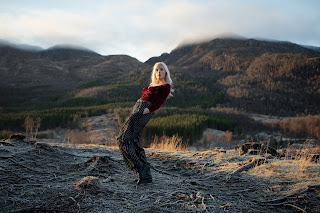 Jackie Charles (the love-child, band and alter ego of Kaja Bremnes) are releasing their debut album Future Fantasies on April 19th 2019. Dividing their time between the rooftop bars of Berlin and a Norwegian fishing boat, the record was recorded in Hannover and mixed / mastered at Oslo’s Propeller Studios.

The band’s songwriting combines the 1980s goth angst of The Cure with the nihilism of Ariel Pink with the heartbreaking vulnerability of Alvvays. A washed out, hallucinogenic quality permeates the album, with brutally honest lyrics concealed beneath sugary sweet melodies. This is a Summer soundtrack for those with more nihilistic tendencies.

Themes of escapism are explored, for example on ‘Time Travel’, with the band telling us “reality isn’t all it’s cracked up to be and sometimes living in the past is better than being in the present. Haven’t you ever wanted to travel back to a time when things were less complicated and you felt safe?” whilst title track ‘Future Fantasies’ is more grounded, demanding a reality check for the culture of “thinking positive, dreaming big… If you can dream it, then you can do it. Who cares if society is failing and the sea levels are rising? *whispers* -you’re special-”

Having toured Europe extensively, Jackie Charles have built up their reputation among discerning gig goers, with Steve Lamacq regularly championing her on his BBC 6 music show. They will be heading over to our shores for a Parallel Lines show on April 19th at The Islington. 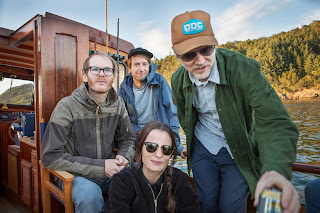 Originating from the windswept, moody southwestern coast of Norway, I Was A King are living proof that the sweetest pop songs can be cultivated and thrive in the oddest places.

They have just released 'Hatchet - the second single from upcoming album 'Slow Century'. One of the first songs written for their much-anticipated new album - it was tested out live at an early stage and remained, along with previous single, 'Bubble', one of the key tracks throughout the recording process. Hatchet represents one of those infectious high-energy moments of the album, which is emphasised by Legend Jad Fair (Half Japanese) joining in with a 6 second long guest appearance on his trademark rubber band guitar.

New album Slow Century, out March 8th via Coastal Town Recordings was produced by Norman Blake of Teenage Fanclub. Led by singers and guitarists Frode Strømstad and Anne Lise Frøkedal, whose united vocals melt into one extraterrestrial voice, their new album Slow Century is a collection of instantly classic power pop tunes, written, recorded, and pressed to vinyl – all in the picturesque town of Egersund, on the south-west coast of Noway.