February 15, 2019
Leem Of Earth return with another really fine song to share, we featured a track from their Chapter One release last October and with Chapter Two they continue to develop some intriguing and creative music. Vilma Flood's vocals are something special in their own right, add in some superb song writing and refined musicianship, and we arrive with something unique and beautiful. Hush Pup tell their story for the new song 'The Hours' a gorgeously melodic and dreamy track crammed with hooks. It's back to July last year for our first Grace Inspace feature, and the new song was worth the wait after the debut E.P, as we are treated to some fabulous protest pop that is both clever and very catchy.

Leem Of Earth - Only So Many Ways.

On Chapter Two, Florida band Leem of Earth continue the musical expedition they began on Chapter One (which was released in Oct.). This three song release expands on the sound and the story. The sound is a nod to the vibe of the best nineties bands part romance and part grunge. The band cites The Innocence Mission, Radiohead and Sunny Day Real Estate as some of their favorite bands from the period.

With Chapter Two, the band adds in otherworldly aspects. "Water" is a Peter Gabriel-style conversation with a skeleton. In "Faithful Lights", the sun and moon watch over the dreaming narrator, and the music swells and surges with synth, voice and rhythm section all keeping pace with each other. "Only So Many Ways" features guitarist B's towering electric, while N on bass and E on drums are vivid and relentless, and LM's velvety voice wraps it all up.

Producer Jeremy SH Griffith (Johnnyswim, SUNBEAMS!) lends his synth expertise and creates a couple of codas from tiny pieces of the songs. Leem of Earth's sound and vision is ethereal and not all that easy to describe, but we think that's definitely a good thing. 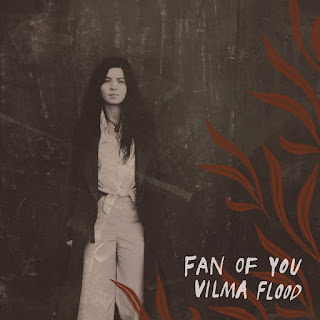 Vilma Flood - Fan of You.

Vilma and famed producer Tobias Fröberg explores musical landscape way beyond the blues- and country influenced sounds of her 2016 debut album. Up coming ”Moodswinger” was recorded at Fröberg’s studio on the Swedish island Gotland in the darkest hours of December, with a constant fire going to keep the cold out.

”Moodswinger” will be released on April 26th, with first single ”Fan of You” out now! 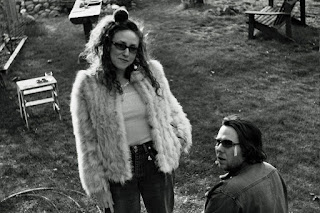 We’re Hush Pup & we make music that sounds a lot like driving at night through the board game Candyland – soft cotton candy trees brush up against the windows of your glass car as you ride toward a friend's cabin nearby the molasses swamp.

“The Hours” is a song about kindness. It's about being sweet and slow as a practice. It’s inspired by a scene from an Allen Ginsberg documentary where he conducts a workshop that integrates spirituality into artistic practice.

Watching this, I felt as if he had created a kindness crew. “The Hours” is written from the perspective of this crew. They're taking time to be gentle & they're high on that concept. The video for “The Hours” was made by members of our kindness crew. Emma Thais Holland & Jameel Mulani combined their super-8 footage with colourful karaoke text.

Our Flower Power EP & Panacea, a romantic film-inspired album, will be released on a double cassette with Lone Hand (lonehand.xyz) in March. 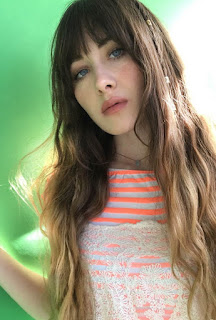 The single follows her debut EP release Lazy Grace’s Apocalyptic Kitchen Vol.1 which featured the singles Tame Teens, Watersource, Uncertain, CA and Go Slow. The 4-track EP was produced in part by John King of the Dust Brothers and featured Steve Perkins of Jane’s Addiction and Nick McCabe of The Verve.

22-year-old Grace has a mature head on her young shoulders, with politically-charged character-driven lyrics amidst collaged soundscapes, which address current issues in the world in a humorous and refreshing way.

Paradise Syndrome kickstarts 2019 with a unique musical style; it's melodic and catchy chorus is Capital "P" Pop, but the track also puts the "on" in conscious with a satirical message about a culture that insists on high comfort levels.Grace says; “It’s about the condition that haunts the western world; feeling unsatisfied and anxious even though all your needs are met.”