March 07, 2019
We featured the 'Maenads' E.P by Sarah P. back in January however the video for the excellent title track is well worth a share. Australian six piece band The Ninth Chapter mix the genres and styles up with a funk meets folk kinda song. We featured The Arthur Brothers a couple of times last year and now we have an award winning video from them for what is a really good song entitled 'Violet Hum'. Trouble In The Wind share a gorgeous rocker with plenty of passion and feeling to round things off today. 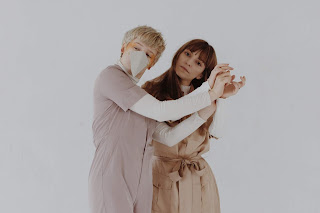 Maenads is a disco-inspired song about those nights that are empty of feelings. The video's visuals are a fast-forward to Sarah's life in Berlin - rather secluded, away from distractions. "This isolation-by-choice gave me time to process life events that had shaped me."

The song's video features Sarah and Sabina Smith-Moreland cast as a bird that symbolizes mental illness. The video shows the importance of coming to terms with own struggles while not letting them overtake one's life. "I’ve been struggling with depression and anxiety for a long time, but I'm convinced that it's possible to control one’s mental health, rather than living a life controlled by mental illness," Sarah shares.

"Mental illness never truly goes away, but learning more about it can help understand what’s going on inside your body and mind and therefore, control it better."

Sarah P. on the filming of the video: "For the last part of the Maenads trilogy, I decided to film in Berlin - where it all started for me. This video is perhaps my least “ethereal” work-to-date - with “ethereal” being a word that’s often used to describe my work. Berlin isn’t ethereal - it’s boxy and well structured in its chaos. Berlin’s light is very different compared to the light in Athens; in Berlin, the light is moody and arrogant - especially during the winter, where it makes rare appearances. Maenads was filmed at Theaterhaus Berlin - a space that felt homely and brought me closer to my drama school years. I had the pleasure to work with photographer and visual artist Colette Pomerleau and dancer Sabina Smith-Moreland. For the coloring of the video, I worked once again with David Hofmann who previously colored the other two parts of the Maenads trilogy. Although the concept and set are meant to symbolize my life in Berlin, my “Greek Maenads” (Clio “Lil Cli” Arvaniti, Dora Pantazopoulou, Rania Ainiti, Marianna Pagrakioti) make a special appearance on Maenads TV. The additional visuals were filmed & edited by George Geranios, on a rooftop in Athens - the concrete jungle. Lastly, Apostolia Gogara is responsible for the fantastic hair and makeup of the additional visuals." 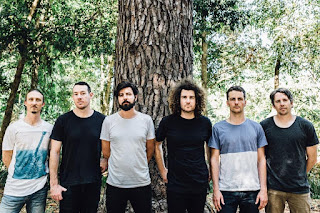 The Ninth Chapter - My Own Time.

The Ninth Chapter possess a powerful ability to groove. Layering elements of funk, blues and folk, the Australian six-piece revel in exciting songwriting that takes listeners on a diverse musical journey. With over a decade of touring and three EPs to their name, the band successfully launched their first full-length over the weekend with two massive shows -  to keep the good vibes flowing, The Ninth Chapter will be taking their hot show through NSW and Qld over the coming months.

As an amazing live outfit The Ninth Chapter are renown for pairing its heavy groove with thumping horns, but on record the group sculpt a vast landscape of sounds, moods and tempos - a definitive representation of where The Ninth Chapter's musical evolution has taken them. Led by Jaz Munro’s bluesy vocals and slinky guitar, the ablum is a showcase of The Ninth Chapter's dynamic sound: the driving rhythm section of bassist Daniel Bowland and drummer Zac Page, the expansive percussion of Glen McClymont, and the richly layered horn section of Dillon Carlsson and Tom Hilliar.

Following on from the aptly titled taster What's Going To Happen Next, new single My Own Time is the band in total cruise control - one arm out the window and enjoying the ride. Smooth and summery, it is a song that celebrates travelling at your own pace – an ethos very much at the band's core. With its members scattered across Australia's beautiful north east coast, The Ninth Chapter perfectly encapsulate the laid-back lifestyle of Australian beach culture.

With the band proudly committing to a non-digital recording process with Geoff Wright at Lucky Boy Analogue studios in Byron Bay, The Ninth Chapter presents the group in all their glory – from the broad spectrum of genres they span, to their irrepressible live energy. It is a true reflection of their journey thus far. But beyond all else, The Ninth Chapter is a band about mateship... the kind of brotherhood that feeds creativity – both collectively and for the individuals within it. This more than anything provides the chemistry that makes the band's debut album so true to their hearts. 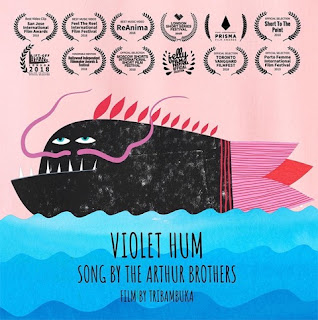 The Arthur Brothers; an artistic alliance centered around the biological brothers Matt and Danny Arthur and the producer/songwriter and multi-instrumentalist J. C. Wright. After the releases of ‘Ninth’ and ‘Flawless’, tracks that demonstrated the darker, brooding side of the band, The Arthur Brothers released ‘Violet Hum’ on March 1st via ClearLight Records/Declared Goods.

It features a horn section that included trombone and trumpet from Tim Hart and Pablo Mendelssohn (member of The Specials horn section and the Book of Mormons House Band) and a string section led by violinist Sarah Anderson (Chrome Hoof, Deep Throat Choir).

The eccentric, eclectic nature of this musical collage of a song is brilliantly manifested in the award winning animated music video by Tribambuka (Anastasia Beltyukova) who used a mixture of different techniques and styles to take the viewer on a crazy journey with the brothers through strange and whimsical worlds on the back of a grumpy fish to messy abstract subconscious states of mind, where chaos and cosmos collide. 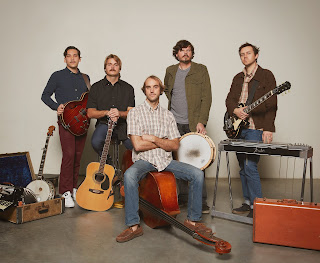 Trouble in the Wind - Fall Guy.

Presenting the new music video 'Fall Guy' from San Diego Trouble in the Wind. This video marks the lead single off of their album 'Hammer On'.

Trouble in the Wind has been labeled as folk, Americana, alternative, country, surf rock …etc but the Southern California quartet likes to brand themselves as “rock and roll”.

The band’s stripped-down organic sound is a multi-instrumental collective fronted by songwriter Robby Gira, whose staggering powerful voice creates the center of attention of their songs.

The band is completed by musicians Kyle Merritt, Trevor Mulvey, Larry Doran providing lush instrumentation including accordion, upright bass, brushes, banjo and electric guitars. Trouble's songs are emotional at the core and blend a range of styles from ballads to surf folk to soulful rock.