August 30, 2019
Cass Clayton Band released their new album entitled 'Play Nice' a few week back and it's well worth us catching up on it. The musical influences that inform the bands direction include rock, soul, funk and blues which ensures plenty of variety, more importantly the new collection of music has plenty of melodic hooks and is delivered with quality, passion and style.

We have already featured a couple of tracks from Bridal Party this year ahead of their 'Too Much' album release, and now we have the full album to enjoy. Their goal of making music they like is all apparent, as is their ability to write and perform exceptional, imaginative and notably creative pop songs. 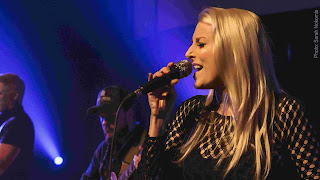 "Play Nice is an ironic title for this album, because I wasn't really playing nice in the writing of these songs. That's a departure from the norm for me, because I've always been careful to make sure people feel comfortable. I have a triple decker filter before my thoughts hit my tongue. I didn't want to do that with the music, so I stepped away from the comfort of being liked and said what I needed to say. I believe Play Nice turned out to be more expressive, vulnerable and sensual. Even the rock-based songs have an underlying message. I definitely feel overexposed, and maybe that's the way an artist should feel. Hopefully putting it out there without a filter allows other people to feel a little freer as well."

Cass Clayton Band has become known across the region for its tight chemistry and high-energy stage presence, a reputation that has landed them on some of the best stages, shows, festivals and radio shows in Colorado and beyond. Their unique blend of rock, R&B, funk, blues and soul has a distinctly contemporary feel, and has won over audiences across age groups and genres. Cass’s 2018 album (released June, 2018) won 4 songwriting awards and garnered top reviews from magazines nationally and internationally. They were also recently voted Album of the Year 2018 in the Colorado Blues Society Members’ Choice Awards. In addition, Cass has been voted as one of the top 3 slide guitar players in Colorado and top 2 vocalists (CO Blues Society Members’ Choice Awards). In February, 2019, she was featured on the cover of Recording Magazine with a 4-page feature article. Known for a uniquely soulful and velvety vocal style, Cass effortlessly moves from gentle and contemplative to a belting range that will knock you flat.

In 2019, Cass Clayton Band is shaping up to be an exciting year. Cass was recently invited to be a voting member of the Recording Academy, and the band is headlining for numerous festivals.  They will be joining Tab Benoit on the main stage at the Brighton Blues Blast, headlining Denver Arts Festival (50,000 attending), Art Night Out  in Lafayette, Stargazers Theatre Summer Series in Colorado Springs, and co-headlining Dickens Opera House with Grammy nominated, Brigitte Purdy. 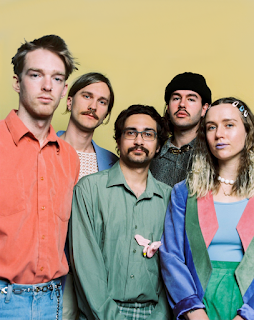 Bridal Party - Too Much (album).

Victoria, BC art-pop quintet Bridal Party have always had the goal of making pop music they like. Now with the approaching release of debut full-length Too Much (on Kingfisher Bluez) the band find themselves at a critical moment: as songwriters and collaborators presenting their personal vision. 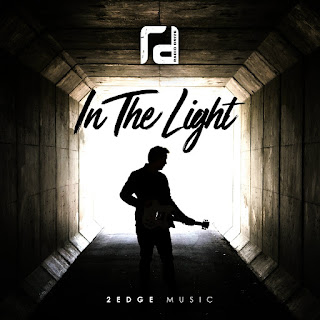 Radio Drive - In The Light (album).

Radio Drive is an Alternative Pop Rock band featuring  Kevin Gullickson.  As the engine behind Radio Drive, Kevin has won international awards and nominations for his songs and music videos.

The music of Radio Drive is being aired on radio around the world alongside major artists and is receiving rave reviews by music critics.  He has been featured on web zines and radio shows in Europe, Canada and the USA.

Kevin’s music has landed on charts on indie stations around the world, including Canada, Germany, the UK and the South Pacific.  His music has been used on shows airing on Animal Planet, National Geographic, History Channel, NBC Sports, Fox Sports and Discovery Channel and other TV programs around the world.