August 28, 2019
Along with UK tour dates later this year Twelfth Day have just shared a new video for 'Keep Me' their latest single.Their musicianship and choice of instruments is described as unconventional, the end result is fabulous and the vocals and harmonies make the music soar to even higher places.

We have the full (self titled) album to from Shotgun Tori & the Hounds to enjoy via the Bandcamp stream below. Intelligent or with good humour, their lyrics alone are splendid and the mixture of folk, indie and country styles is delivered with quality and feeling. From Johannesburg, South Africa, their music crosses continents with ease, this really is a fine album.

Rapport have shared the first single and accompanying video today, the track is entitled 'In The Dark' and its a taste of what's in store on their debut E.P. due in October. It's a feel good indie pop/rock song where melodic hooks and a pleasing video suggest the band are worth keeping a look out for. 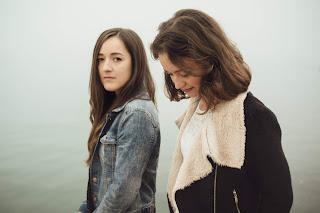 Twelfth Day are sharing the video for their new single, Keep Me which was shot in the studio.  It's a song inspired by the recent rise in awareness of climate change in the media, with the lyrics are from the point of view of Mother Nature as she expresses her relief that we’ve finally realised serious action needs to be taken to save the planet.

Keep Me makes up part of an in-the-works new album that will confront societal conventions by exploring a wealth of urgent current issues such as gender roles, power balance and the challenges of working in the arts as a young woman, the threat of climate change and society’s reluctance to act, and the struggles of mental health.

Expressed through their unconventional use of harp and violin - and their inclusion of drums and bass for the first time - they make something that’s greater than the sum of its small parts, drawing on a love of pop, folk, jazz and classical. 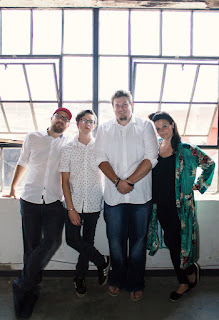 The band’s self-titled album is a collection of tales and spirit. Raw and melodic, the sound brings to mind Drive-By-Truckers if fronted by a combination of Amanda Shires and Martha Wainwright.

Lyrically, the songs on Shotgun Tori & The Hounds follow Tori’s imperative that stories are to be shared and not left to whither quietly.

The result is something at once powerful, vulnerable and defiant - all held firm by a production that draws as much from the Pixies and Radiohead as it does from the Beatles, Neko Case and Richmond Fontaine. 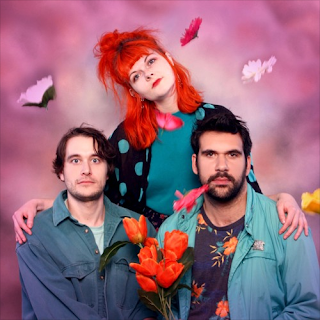 Rapport - In The Dark.

It’s called "In The Dark" and is accompanied by a really endearing video, and it appears on their debut EP which is coming out on Arbutus Records (Grimes, Lydia Ainsworth, Majical Cloudz) at the beginning of October.

The band is fronted by Maddy Wilde (formerly of Moon King) and they've been building some momentum in Toronto and Montreal recently, opening for folks like Sir Babygirl, TOPS, Ellis and Palm. 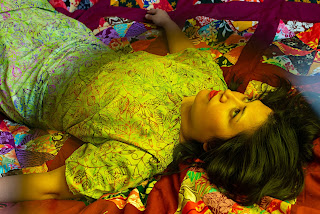 Rosa Bordallo - Lost on the Coast.

Musician and singer-songwriter Rosa Bordallo announces her new album Reef Walker, which will be released October 18, 2019 via Time Castle Recordings. Written entirely by Bordallo, Reef Walker is a personal investigation of identity, Bordallo is of CHamoru heritage and grew up in the Pacific island of Guam and moved to New York at the age of 19.

She has since struggled with distance from her birthplace—geographically and culturally—but finds solace and support in activism, connecting with urban indigenous communities, and creating music. Previously, Bordallo played in the post-punk band cholo and was a soloist under the moniker Manett, but Reef Walker will be the first album under her own name.

Reef Walker's first single "Lost on The Coast" is out today on DSPs, and, as Bordallo explains, "is about leaving one’s place of origin and not knowing if one will ever return. It’s about points of no return. We reach these important milestones in our lives only to realize we left something irreplaceable or irretrievable behind." The track arrives with a music video sourced from HD archival footage of aquatic life of various locales, edited entirely by Bordallo.