September 01, 2019
Rubita has just shared a new song entitled 'Let Me Know'. Gently paced and lyrically quite personal this melodic indie folk piece, eases and charms it's way into our lives.

From Selci we have a live video for 'We Could Be Together' and the E.P. that its taken from namely 'Effervescence'. Described below as "gorgeous and otherworldly", I can only agree, her definitive style of alt pop really is something special.

Bananagun have shared the final track 'Crane In The Tiger's Mouth' from their upcoming 7" single. The timeless pop vibes are there from the moment go as their woodwind and harmonies create a unique and very pleasing sound.

Ets Trio have released a video for their imaginative folk rock song 'Lovers to Strangers'. With a combination of refined musicianship and melodic vocals the piece ebbs and flows in a calm and peaceful manner. 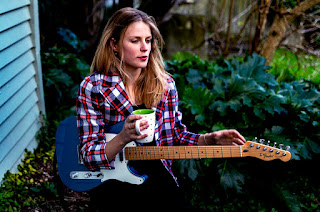 A musician of great resilience and determination, Rubita presents a compelling swirl of conflict and desire in her latest single Let Me Know.

In the 3 years since the release of her warmly received Brutal yet Dulce Soap EP, Rubita returns with Let Me Know, a song born from torn relationships and informed by her hard work to date. Let Me Know was written in the heart of a student flat in Leith St, Dunedin, well known for its student population. Amongst disarming jangles and wistful harmonies, it describes the hesitant story of going back into a relationship with someone that broke their heart once before, and whether or not they have the strength to go through that again.

Let Me Know is one of many songs from the album that I wrote while living as a student in the freezing flats of Dunedin. Sitting back on a couch with someone I didn’t think I’d have much to do with again is where this song started coming together.’ - Rubita

No stranger to challenges, Rubita brings an impressive sense of character to her storytelling, her exchange in Rosario, Argentina found her performing her songs to the locals in order to communicate and make new friendships and graduating with a music degree as the sole female student. Her dedication to music helping to bolster her resolve and in turn these formative experiences have helped to craft an openness and intimacy within her work.

With 3 years of touring and and writing since her EP, Let Me Know signals the arrival her debut album, Distinctive Thrill. And as the tales of yesterday inform the songs of today, Rubita imbues an earnest charm into her developing wisdom and storytelling. 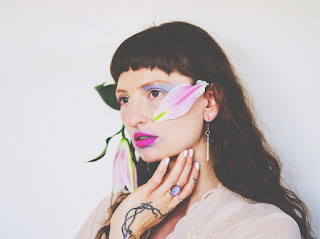 Selci - We Could Be Together (live) / Effervescence (E.P).

Calgary alt-pop artist Selci has released her gorgeous, otherworldly debut EP, Effervescence, with a live video for third single, 'We Could Be Together’. Recorded inside Selci’s Calgary apartment, 'We Could Be Together' soothes and sparkles at the hands of jazzist Timothonius on keys, and features Calgary producer Egypt on beat pad and young singer Heidi Shanklies.

“Doing this video was the start of getting a band together,” Selci says. “I've collaborated with Timonthonius in the past, but It was my first time playing live in this configuration. All of the songs on the EP are drenched in harmonies, so I'd love to add more singers and continue experimenting with different musicians.”

The song itself grapples with falling in love while dealing with depression, self-love over loving another. “Managing depression and anxiety is an ongoing battle for me, and my current partner has helped me work through so much, but that cliché sentiment about loving yourself before loving someone else has never felt so true,” she says. “You can’t rely on someone to fix you no matter how much you love each other.”

Effervescence examines the aftermath of various relationships ('Strangers' and 'Old Wounds'), a painful split with a bandmate ('Eyes of Amber'), and ponders the concept of artistic and societal freedom by using the metaphor of a mythic, mermaid-like creature confined to land ('Truth in the Sea'). Though trained in opera, contemporary and classical musical styles, Selci uses ambience and rhythm to compose sounds that exist on the fringes of pop music. To create Effervescence, Selci spent years in isolation while mastering the craft of production, setting her on a path of rediscovery and self-acceptance.

Sound guru Sylvia Massy (Prince, Kate Bush) was enlisted to mix Effervescence, and Matt Colton (New Order, Blood Orange, James Blake) was tapped for his mastering touch. The record also features an array of rare instruments and equipment from the National Music Centre in Calgary.  It’s an album of thoughtful, meticulous detail; as much an exploration of sounds and textures as it is a journey of Selci’s abilities as a sound designer and her dedication to carving out more space for herself and other women in technical roles.

“I always wanted to be involved in production and sound, but I didn’t think I was capable of it,” she says. “In the last few years, I gained a lot of confidence in my abilities. I felt like it was time to put out a complete piece of work. After performing countless shows, writing hundreds of songs that will never see the light of day, and hustling to bring my skills in production to a level that I believe in, I’m finally here.” 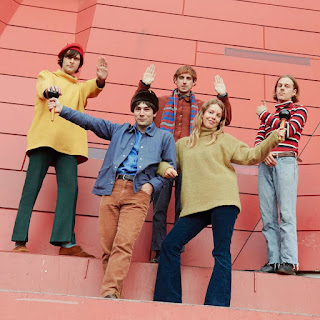 Bananagun - Crane In The Tiger's Mouth.

Bananagun deliver the final track from their upcoming 7" "Crane In The Tiger's Mouth". Regarding the sunny woodwind centric single the band stated "I guess sometimes you can feel like a fragile crane and the powers that be have got you in their jaw, you'll have to rise above or the tiger will swipe you down! Soar high little birdie for the night sky is and endless plane of dreams."

There are some records that you come across that sound like you’ve discovered an unearthed gem from a previous decade; a lost moment in musical history that has cruelly been sat gathering dust in a record shop for years. From the opening seconds of Bananagun’s “Do Yeah” – which stirs to life in an intoxicating blend of 1970s afrobeat, fuzzed out psychedelia and immersive pop – this very much feels like the case of discovering something special.

There’s a deeply percussive element to the band’s psychedelic ode to mother nature, touching upon Fela Kuti-esque repetitions, exotica, jazz and 1960s pop-rock. Much like a lot of the influences it filters into its own unique spin on it all, it’s intended as “music for the people” – a unifying groove that spans genres. Even the seemingly innocuous band name has an underlying message of connectivity that matches the universality of the music. “It’s like non-violent combat! Or the guy who does a stick up but it’s just a banana, not a gun, and he tells the authorities not to take themselves too seriously.” This extends to the underlying message of their debut single too: “try to love and not hate because you’re the one who has to carry it around.” 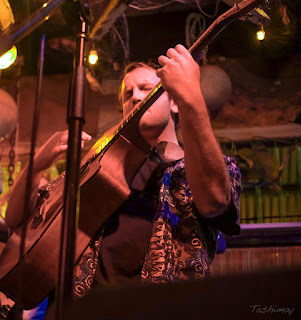 Ets Trio deliver folk-rock with worldly textures, bringing discipline, environments and a wealth of experience into a so; and accepting realm. Their single Lovers to Strangers a song of wisdom set to quell the an unsettling melancholy.

Fronted by Etienne (Ets) de Kock (vocals, acoustic guitar, lead guitar), the trio offer a grace with which to learn and accept the unfastening of relationships. The delicate finger picking, stunning harmonies, and heart-stopping lyrics vibrate Lovers to Strangers so to resonate distinctly with anyone who has felt the loss of someone special.

‘Lovers to Strangers has evolved over time as I’ve gathered more life experiences, and as my context has shifted. These days, rather than being an expression of my own heartbreak, Lovers to Strangers is a song of triumph for having made it out the other side, and an expression of empathy for someone who might be now going through something similar.’ - Etienne de Kock

Lovers to Strangers was written by Ets de Kock and recorded by Ets Trio (Oliver Wells drums and percussion and Jay Pyefinch bass) at Organic Patch Studio in the Perth Hills with Ets’ good mate Sound Engineer/Producer Matt Cal. Tucked away amongst the Jarrah Marri forest, it was the perfect place to bring together the final touches for the song. Lovers to Strangers was mastered by Lee Buddle at Crank Studio, known for working with artists such as Justin Beiber, Kelly Clarkson, Peking Duck and Gurrumul.

Born in South Africa, a childhood in New Zealand, and adolescence and adulthood in Australia, each of these settings have shaped Ets’ music. A WAAPA graduate Ets started playing Spanish guitar at age ten and has played most days since. Ets is also the lead guitarist of Mystic Rebellion a three-piece electronic outfit with West Australian Music Industry (WAMI) Award winner Mat Cal, and Mat Parker (Bambuseae Rhythym Section). Ets is also recording with Bomi Rock, a five piece specializing in indie surf rock.

Lovers to Strangers gently eases you through the sadness and dissipates the sense of loss with alluring tones of hope and acoustic swells of courage. Ets Trio bring the introspection of personal experience into an outwardly resilient world of folk-rock with a keenly perceptive dignity. 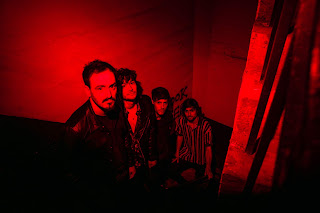 Heightening their credentials as one of the North East’s biggest emerging acts, Newcastle alt-rockers FEVA share raucous new cut We’re Not Defective, the lead track from the band’s forthcoming debut EP out later this autumn.

“We feel like this track is where we’ve been trying to get to since we started as a band and we’re very proud to release it as the lead single off our debut EP”, the four-piece explained. “We’ve maintained since day one that we want to write heavy tunes that have a profound meaning and we feel like we’ve done so here”.

“The song is meant to empower people and we sincerely hope it does. We’re all navigating our way through life, one storm, one pipedream at a time and just because you take a different path or never quite make it to your end, it doesn’t mean there’s anything wrong with you, it doesn’t mean you’re defective”.

Following on from summer shows alongside Noel Gallagher’s High Flying Birds and The Vaccines, the Geordie risers are shaping up for their busiest period to date with further EP material on the way and their debut UK tour lined up in October.