August 03, 2019
A band that continue to impress us is Talkboy who return for a fifth time here with their new single 'All Works Out'. This time the rock aspect of the band is more to the fore, with their ability to produce melodious material still underpinning the piece.

London's Chernobyl Sunshine Club have shared a video for 'Birthdayland' a creative mixture of Alt Folk and Indie Rock that combined result in a fabulous song. 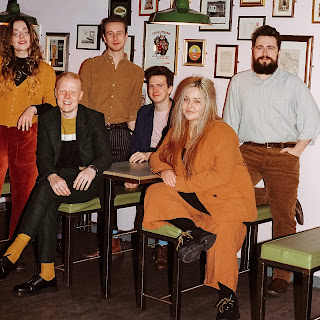 Talkboy - All Works Out.

Hitting up the BBC Introducing stage at Reading & Leeds Festivals later this month and primed to take full advantage, fledgling six-piece Talkboy announce the arrival of their debut EP and share glistening new single All Works Out.

Joining forces with Leeds label Come Play With Me and LAB Records once more, the sextet’s latest offering showcases their trademark, gorgeous harmonies in full flow, shifting between playful songwriting and anthemic tendencies with aplomb, and expertly spotlighting the band’s unbridled potential ahead of their biggest shows to date.

With a full summer of festival appearances (incl. The Great Escape, Live At Leeds, Y Not) under their belts, alongside an array of impressive support slots (Our Girl, Another Sky, Bully), the Leeds risers continue to build on their early promise, with increased support across the BBC Radio 1 airwaves (Huw Stephens, Jack Saunders) and glittering praise throughout the tastemaker community.

Discussing their upcoming single, Talkboy detailed: “The song isn’t this blissful unawareness that everything will be alright in the end so just shut everything out. It’s more like, when stuff does go wrong, I’m here if you want. Being friends with someone is hard and something we are still learning how to do properly, but I think if you can just do the very basic thing of turning up and be there for whoever it is that you are close to, that’s a good start”.

Talkboy’s All Works Out is out 2nd August via Come Play With Me / LAB Records and will be available on all digital platforms. 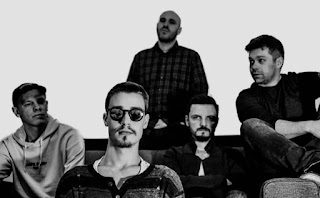 Chernobyl Sunshine Club’s eclectic sound has echoes of Beck, Elbow, The National, The Flaming Lips and Arcade Fire, and comes with a boldness to their quirk that captivates the senses and purges the soul.

With a "topical" band name, and cracking live performance reputation, the band embodies a lost tribe from radioactive wastelands with shamanistic group vocals and a towering, bald headed front man who flails his arms and plays keyboards.

Chernobyl Sunshine Club are a group of Londoners whose cinematic Indie/Alt Folk, inspired by video game soundtracks and film scores, is an euphoric blend of beats and riffs that unashamedly borrows from rock, metal and jazz and even classical music. Originators and musical explorers, Chernobyl Sunshine Club set out to prove that when the going gets weird, the weird turn pro.

Chernobyl Sunshine Club formed in late 2016, hit the London club scene and recorded their debut single, 'When Death Was A Boy (2017).’ Frequently playlisted in the UK and US, it was followed up by single 'Pelagius (2018)' which earned support from Tom Robinson on BBC 6 music among others. 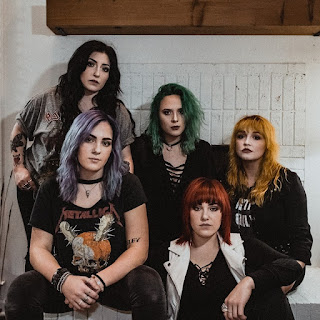 The fast-rising Reason Define have drawn upon a myriad of influences to create music that brings together metal-edged guitar riffs, tension building dynamics and anthemic vocal lines. With an every growing army of fans around the world, the band possess the determination, talent and sheer ambition to reach greater heights of recognition outside their US homeland.