August 05, 2019
David Wax Museum have released 'Equal In The Darkess' from their fifth album 'Line Of Light. Richly textured music accompanies the exceptional dual vocals giving off a beautiful folk pop vibe with more than a hint of Nashville running through the song.

If bluesy natural rock is your thing then Heather Newman is more than worth a listen, as the featured track 'Lonely On Beale' amply demonstrates. Taken from the new album 'Rise From The Flames' it's one of thirteen original songs, that consistently hit the spot. 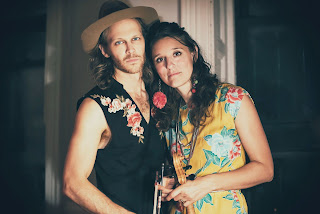 David Wax Museum, fronted by David Wax and Suz Slezak, released "Equal In The Darkness," the second song to be released from their fifth studio album Line of Light. The album is now available for pre-order and will be released on August 23 via Nine Mile Records. The album was produced by Carl Broemel of My Morning Jacket and was the first full length album he produced in his newly built recording studio in his home of Nashville, TN.

"We've been blindfolding our audiences for experimental concerts we call Concert in the Blind. We perform the entire concert moving in and out of the crowd, whispering in their ears and playing with the fact that they can't see us," explains David Wax. "I wanted to write a song that spoke to this particular experience. I imagined harking back to those classic country duets where a man and woman are in conversation but recasting it with a metaphysical slant. I'm playing a big Mexican guitar from the Huasteca region called a huapanguera but strumming it with a traditional American folk groove."

Line of Light marks the band's return for their first full-length album in four years. It finds the duo tackling subjects both political and personal in a way they haven't explored in the studio before. With Broemel taking the band's folk-pop underpinnings and outfitting them with serious sonic force, the songs push deeper into themes of interconnectedness, spiritual longing, and deep personal reflection. Being artists from Charlottesville, VA, where they raise their two children, they found themselves responding to the political milieu we all find ourselves in at this moment. While not necessarily sunny, the collection shares a firm optimism in the human condition: there's light beyond the darkness. Line of Light shows David, Suz, and their collected accompanists on a sonic evolution - making music that rewards repeated listens.

"Ultimately, this record feels more like an expression of the mysterious alchemy of the songs, the studio, the producer, the musicians, and the time in our life," explains Wax. "There was a lot swirling around behind us in the studio while we recorded Line of Light." 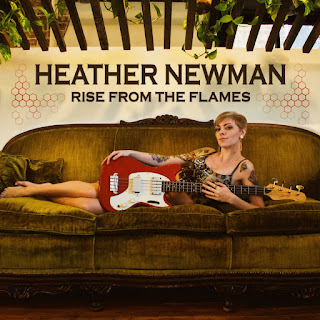 VizzTone is proud to present the sophomore solo album from red-hot singer/songwriter/bassist Heather Newman, Rise From The Flames.

Now Heather Newman is ready to stoke that fire even further with her new release, Rise From The Flames. The all-original 13-song album tells Heather’s personal story of coming to terms with the end of a relationship and all that went with it, and realizations of her own self worth. This album gives an insight to the real life blues of this ragingly powerful up-and-coming musician. 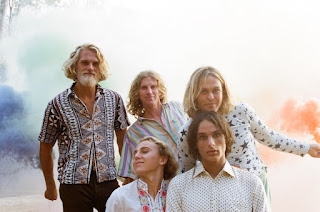 Babe Rainbow - Many Moons of Love.

A sunny neo-psych collective from Byron Bay, Australia, the Babe Rainbow emerged in 2015 with a self-titled EP bearing a unique blend of cosmic nuggets. After signing to 30th Century Records, the band embarked on a West Coast tour with outfit Allah-Las. They recorded their 2017 full-length alongside Stu Mackenzie of King Gizzard & the Lizard Wizard and in 2018 they released the follow-up, Double Rainbow.

"The Morning Song" is the first single lifted from the upcoming third full-length from the Babe Rainbow. A generous helping of folk pop, flutes and floating harmony, acoustic guitar, late 70's electronic fox trot, and the choir of the women of the wonderfolk. Just an optimistic announcement of a new cycle, fresh air.

The new album is more musical and ambitious than previous outings, produced by Sam Joseph from the Flightless Records / King Gizzard stable. It feels authentic to the Babe Rainbow but more diverse and sophisticated, like falling in love outwards, a perfect collection of pacific vibrations, brunch in Arcadia.