August 02, 2019
We have a couple of recent videos for Boy Scouts namely 'Expiration Date' and 'Get Well Soon'. There are seven other songs on her forthcoming album 'Free Company' due out at the end of this month. Whilst both songs give a good feel for the album, there are plenty more highlights in store ans some exquisite musical moments, I have a feeling this album will be getting plenty of attention.

'Forget' by Theo Bard is a fascinating song, where electronic textures weave around his distinctive vocals which at times seem like a further musical layer within the piece, it's also a tad addictive. 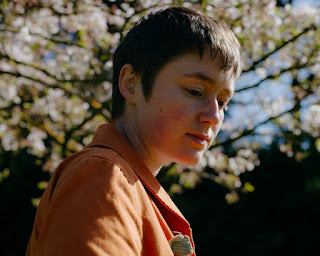 As Boy Scouts, Oakland-based songwriter and multi-instrumentalist Taylor Vick makes the kind of music that hits like good advice from a beloved friend. It's generously warm and inviting, built atop her open, searching voice, but it doesn't shy away from tough emotional truths.

Vick's songs survey the damage that can come from loving other people with curiosity and grace. Her new album, Free Company – her first for ANTI- Records set for an August 30th release - is her most vital and incisive work yet, a stunningly tuneful rumination on heartbreak and loss that is always galloping toward the horizon. So far, two singles have been released as tasters of the record to come.

Watch Taylor perform “Get Well Soon” on a couch floating through Los Angeles via balloons; the video was directed by Ramez Silyan (Lil Peep). Watch Taylor celebrate her birthday surrounded by friends in the new music video for “Expiration Date”. Her producer Stephen Steinbrink joins her in the clip, contributing harmony vocals to the song; Madeline Kenney (Hand Habits) directed the video.

The album’s opener, "Get Well Soon" reckons with the difficult epiphany that comes when you've worked overtime to help someone you love, only to realize they won't meet you in the middle and help themselves. "It's a hard thing to say. You're hoping somebody will eventually feel better, but there's also this weird new distance between you. You can't do anything else, but you still really hope that they're OK," Vick says.

With its jangly electric guitar chords and sky-high vocal melodies, "Expiration Date" tackles that universal human quandary of impermanence. "Everything changes all the time. Nothing will last forever," says Vick. "It's such a hard concept to grasp because we just get so attached to things and people and situations. But stuff can't stay how it is forever. That's also to be said about bad stuff that happens. It won't weigh you down forever."

Her tightest and most cohesive collection of songs, Vick recorded Free Company in a tiny studio her friend Stephen Steinbrink set up inside a rented shipping container--a unique spot that ended up being perfect for her. "It's a windowless little room, but that made me feel really comfortable," she says. "We did it in the comfort of a weird, atypical recording space." 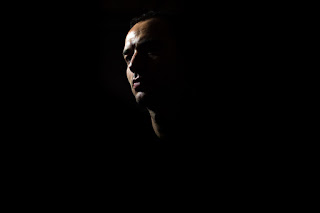 After first introducing himself to us with his beautifully composed debut EP ‘You Give’ in 2015, Theo Bard has spent the intervening years pushing his music further into electronic realms than ever before. Inspired by a new generation of songwriters augmenting their music with electronic sounds, he has developed a unique voice as both producer and songwriter and has returned to reveal his new brand of dark, experimental pop.

With a thunderous opening, new single ‘Forget’ is a haunting exploration of lost love that demonstrates Bard’s artistic prowess. Eerie synths and melancholic lyrics portray a sentiment that seethes with sincerity. Though distorted vocals are often devoid of expression, Bard injects them with the depth of emotion you’d expect from a song that laments the realisation that an ex has well and truly moved on. The processed effects only work to heighten the track’s unnerving atmosphere and perfectly complement the experimental instrumental. The sonic space that would typically be occupied by traditional snares and drums is filled with inventive alternatives (sampled from ice and snow), making Bard’s creative intention clear as every element of ‘Forget’ strives to standout.

Elaborating on his new release, he explains, “‘Forget’ is a dark, raw confessional about a traumatic experience. I was still in love with my ex-girlfriend when a big group of our friends were going away on holiday together. I wanted to be part of it. She was going to be there with her new man, but I didn't want to miss out and anyway, there were lots of other people I could hang out with. I could give them a wide berth and it would be fine, right? One night I woke to the unmistakable sound of their voices coming through the wall. I tried to cover my ears, wanting more than anything to 'unhear' the sound, but it was too late. Completely upset and spun out, I left the next morning, returning to London as fast as I could. All I wanted was to forget what I'd heard and what it meant. At the time, I was pushing my music in the direction of a new sound, telling people my new music was 'melancholic electronic' and I realised how perfect the story was for the new vibe. Once I had the concept of the song in my head it came out so easily.” 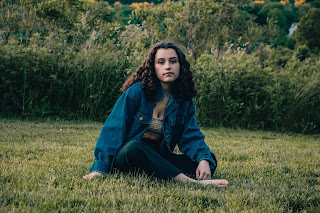 Lillimure - I Feel / Lady In A Mirror.

We have a brand new album from Alternative Folk/Soul Pop Singer/Songwriter Lillimure. Lillimure has been writing and singing songs since as long as she can remember and is is proud to finally release her first debut full length album simply entitled “Lillimure”.

Lillimure never considered songwriting her career path until a life-altering gymnastics injury. After tearing a ligament in her wrist, she found that making music was the only thing that emotionally satisfied her. Previously releasing singles,including the songs "WDYTM" and also “Something” earlier this year, she is particularly excited to share this collection of work in its entirety now. Iit has been a dream of hers to have live musicians on every track, and to be able to work with the same musicians she plays with live also in the recording studio.

"This project has been a dream come true. From getting all the players on the track, to finalizing the art. This album represents different parts of my life in summation and I'm so excited for it to finally be out in the world. It is a continuation my musical journey, and I am thrilled to share."

Lillimure is a 20 year-old Indie artist from Westchester, New York. Her music follows her honestly through her experiences, creating an intimate vibe with the listener. Combining hip-hop music's fast-paced lyricism, folk music's storytelling, and soul music's intimate vocals, Lillimure offers a brand new, personal sound. She hopes her music can make people laugh, cry, and feel everything in between.

Her experience includes gigging locally and nationally in venues such as The Bitter End (NYC), Rockwood Music Hall (NYC), The Viper Room (LA) and The Bistro (SF). You may also have seen her at the New York Botanical Garden's 2019 Spring Uncorked Festival, and the 2019 Pleasantville Music Festival.