October 12, 2019
Dad's Fastest Swimmers have just released their second single 'Scream My Name'. The bands bright indie pop song includes fine vocals and harmonies along with a refreshing vibe throughout.

Opening with a chunky riff Right Hand Left Hand track 'Chacabuco' which features Taliesyn Kallstrom, gradually builds in power and momentum the guitars and breathy chant acting as a prelude to Taliesyn's fabulous vocals that fit perfectly to this creative piece.

Manou shares 'kleines großes Mädchen' a song sung in German, it's gorgeous even if you don't understand a single word, everything from her vocals to the beautifully arranged music just excel.

Brooke Bentham released 'All My Friends Are Drunk' a couple of days ago, described as "a song for lost youth and young adulthood" it still resonates well with the considerably older me, the vocals are sincere and very likable the song is very catchy and Brooke is understandably getting noticed. 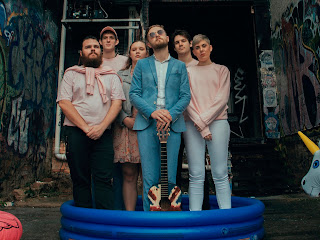 Already the ‘fastest’ indie-pop band, Brisbane’s Dad’s Fastest Swimmers are now on track to be the catchiest thanks to their energetic and thought provoking second single ‘Scream My Name’. Paired with the announcement of their debut EP Hard To Swallow and EP launch show, the Brisbane based swimmers have packed up their boardies and picked up their guitars for the Summer to come!

A pool of slick guitar riffs, sharp piano hits and striking basslines, ‘Scream My Name’ is a vivid glimpse into the group’s indie-pop talents. Paired with an array of addicting harmonies, singer Lucky delves into the uncertainties of modern relationships and the mixed emotions one can face.

"'Scream My Name’ is about a friend of mine who was in one of those casual relationships where it was pretty obvious that he wanted more from it,” Lucky explains, “It’s about putting all your cards on the table and questioning whether the person you’re with is there for you or just there for their fix.”

Brisbane's favourite seven-piece band with ‘Dad’ in their name, the septet are still yet to receive any accolades in the swimming pool besides a participation ribbon.  Their debut single 'Mixed Messages' on the other hand has racked up a combined 15,000 streams across the track and music video.

The final taste of their debut EP set for release October 25th, Hard To Swallow builds upon their previous themes of modern dating and hookup culture, voicing the internal thoughts that so many of us experience: the doubts, the emotions and the questions that go unspoken. Celebrating the long awaited launch of the project, Dad's Fastest Swimmers will be taking to The Old Museum on release day to perform all the tracks live! 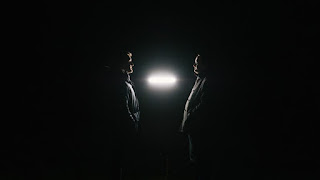 Right Hand Left Hand are back with a brand new album. Following on from their self-titled, Welsh Music Prize-nominated second album, their third offering, ‘Zone Rouge’ released on the 15th of November, tells the story of humanity's contempt for the earth beneath us, the air above us and the people around us.

Our fractured planet lays the groundwork for the 11 new tracks on 'Zone Rouge'. Each referring to a location on Earth where something bad has happened: An act of corruption against the planet, an act of evil against fellow humans and occasionally both.

'Zone Rouge' is released on the 15th November, 2019. It will be available digitally, on CD, and on limited edition double clear vinyl.  They launch the album with a show at Clwb Ifor Bach in Cardiff on the 13th of November. 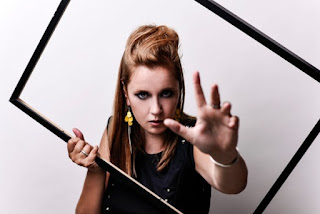 Multi-voice life - this is how Manou describes her music. Having grown up as a musician, she tries out many instruments and almost every style of her life throughout her life, but she finds her true musical home late.

A stroke of fate finally brings them to transform their lives into their own tunes and experiences of any kind in their own songs with German lyrics. From sarcastic to wistful, from exhilarating to moving, she takes her audience eloquently on a journey of her own.

Career and life in the dutiful mode of functioning and at some point sitting, looking back on his life and wondering where all the dreams and desires of that time have remained. Those little moments full of naive eternities, in which Mommy's blow could heal all wounds. 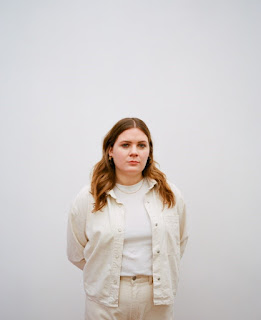 Brooke Bentham - All My Friends Are Drunk.

Brooke Bentham releases a new single, ‘All My Friends Are Drunk’ - a song for lost youth and young adulthood and the second with Bill Ryder-Jones. It follows two EPs of music shored up by intense reflection which has earned the 23 year old many admirers and a rapidly growing fanbase. The young singer/songwriter writes sharp and eloquent songs about her experiences as she understands them, using words and music to resolve and record the tensions of young adulthood.

New single ‘All My Friends Are Drunk’ captures “that wishful longing for what was” in the self-destructivity of her and her peers, and is an exemplary display of Brooke’s talents. Creamy overdriven guitars combine with driving rhythms, giving it a Sonic Youth-esque feel.

"I wrote the lyrics about growing older, and growing apart, and learning about yourself”, Brooke says. “I was one year out of university and a lot of the lyrics on the album sound a bit lost because I realise I am so existential every day, and I’m so constantly aware of myself.” All My Friends starts by talking about your “Sunday self” which is “kind of this state where you float around and nothing is too heavy, but it quickly descends into this like... train of thought: what happened? When did that happen? You know?"

So impressed was Ryder-Jones with Brooke’s observational lyricism that he said: "I've worked with some amazing songwriters in my career. I think Brooke at 23 is well on her way to being up there with Alex (Turner), Saint Savoir, Mick (Head) and James (Skelly). Her lyric writing will be overlooked because of her voice but it is her words that will set her apart from others.”

Brooke’s raw and emotive sound has already gained her serious plaudits from the press. NME and Loud & Quiet were early champions whilst The Times calls her music “austerely beautiful” and DIY Magazine “bewitching”. She has recently been announced as the main support on Sam Fender’s sold out tour, with Bill joining her live band.

Brooke has been working on a full body of new music with Bill Ryder-Jones who she is touring the UK with as main support across the next few weeks. ‘All My Friends Are Drunk’ is the first taster of that, a looser indie rock sound pitches somewhere between Mazzy Star, Yo La Tengo, Sparklehorse and early Angel Olsen. Her music shines a light through the mistier parts of youth and identity. 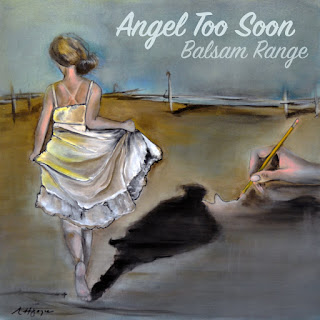 With a hauntingly restrained, delicately soulful performance, Balsam Range expresses the sorrow and regret felt after the death of a child in their latest single, “Angel Too Soon.” The lyrics of the song, written by William M. Maddox and Paul Thorn, tell of two parents’ trying to move on after the death of their daughter and the void her loss created. Her room still looks the same with “heart throb posters on the wall and a Barbie make-up case,” but she’s “a pretty flower that never bloomed.”

“Angel Too Soon” challenges listeners’ hearts with the hardest of subjects, but is cathartic, relating that believing in life after death can bring relief.

Balsam Range vocalist and fiddler Buddy Melton remembers the first time he heard this song. “I was at Darren Nicholson’s house and we were listening to music in search of potential material for Balsam Range. When Darren played Paul’s version of this song, it hit me hard,” says Melton. “Being a father of a young girl, I could not get home fast enough. It was late and my daughter was in bed asleep. I went into her room and sat on the edge of her bed and as I watched her sleeping and peacefully dreaming, I thanked God for my blessings and prayed that he would help me be the best father I could be. I prayed he would watch over her and walk beside her every day. Life is unpredictable and all too often we are faced with unexplainable circumstances, for life has no guarantees. In time God’s plan is revealed.”

As this song can reach deep into listeners’ souls and touch calloused emotions, Melton hopes it will help open hearts and minds and lead people to view life as a gift though it is fragile. Said legendary songwriter Kris Kristofferson when he first heard it, “‘Angel Too Soon’ is either the saddest pretty song or the prettiest sad song I ever heard,” and now Balsam Range’s glistening rendition will have listeners wondering which it is themselves.