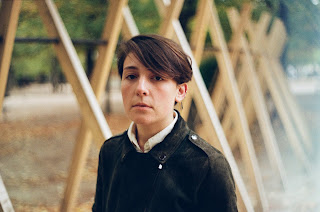 Born in East London but currently residing in Paris, Flora Hibberd has been described as ‘intelligent and measured…there is a profound intuition in her work’ and her songs as ‘deeply rooted in the timeless lyricism of Dylan and Cohen.’ With influences as diverse as Nick Cave, Joan Baez and Jacques Brel, she moves effortlessly between acoustic folk traditions and the bruised indie of PJ Harvey, Jason Molina and Cat Power. Her powerfully emotive voice, evocative melodies and poetic lyrics combine beautifully to give her songs a deeply haunting and unforgettable quality.

Flora’s first two singles ‘The Absentee’ and ‘In Violence’ released in earlier 2019, were bold statements of intent and announced her as a powerful newcomer. The songs’ complex, dark melodic and lyrical beauty have left a longing for what The Absentee EP will offer. The EP packages the singles with two new gems, ‘As Long As There Is Night’ and ‘The Healing’ that will not disappoint.

About The Absentee EP, Flora states ‘The songs of this EP emerged over months and years, and were refined in bars, apartments and on the streets. The Absentee was written fifty metres below the English Channel, three years ago. In Violence was written in 2017 in the garden of the Musée Rodin. Their influences are too many to name; random encounters with poetry, art, music and language in all its forms have bled into my writing in ways of which I am often unaware. They are about real people and real events. But they are also about impossible people, and impossible events. My hope is that they find you here, on the blurred edge between reality and dreams, in the half-awake place where the familiar merges with the unknown. ‘

With this EP and in collaboration with producer J. C. Wright, bringing his 'spectacular’ arrangements and atmospheric brushstrokes, Flora Hibberd is laying down an impressive artistic foundation. The Absentee EP is out now, on ClearLight Records / Declared Goods. 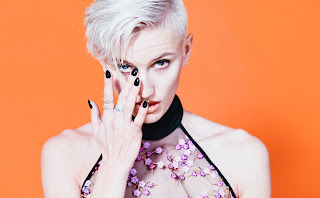 Following her previous single ‘LaLaLa’, the Stockholm based artist FELIN now releases the fourth single titled ‘MoneyHoney’ from her new album be released a week or so ago. This powerful track aims to make the listeners feel invincible and succeeds well. Surrounding her is a creative power-house collective that have the combined experience of writing for the likes of Adam Lambert, and having visuals published in Interview Magazine and Harper’s Bazaar.

“Money Honey is a modern Bonnie and Clyde story on speed about being madly in love, breaking all the rules and limits,” FELIN says about the track. “This song is loud and fast - just like the adrenaline rush when you do something forbidden. It’s one of the most playful songs on the upcoming album and I wanted to capture that wild romance feeling, when you feel like anything is possible.”

FELIN’s music is unapologetically cinematic, drawing from theatrical influences – the dark humour of Tarantino being one of note. Known for combining pop melodies and rock energy, FELIN has played the historic Rockpalast in Germany and supported The Chainsmokers last spring. 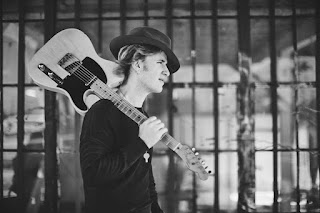 Singer/songwriter Michael Colton is set to release a new single that takes his steadfast country rock/blues sound to new heights. Titled “A Little Crazy,” it’s an exhilarating track that both figurately evokes letting loose and enjoying the ride, and literally signals a pivot out of his comfort zone as he embraces a new direction in his songwriting.  Having garnered significant accolades for his more country inflected work in the past, Colton has streamlined his sound which seamlessly blends rock and blues traditions and is anchored by his striking vocals and magnificent guitar chops. Produced by noted film and television composer/producer Brett Boyett, “A Little Crazy” features Colton on vocals and guitar.   Producer Brett Boyett brought a groups of studio musicians to round out the production. Song will be available digitally on November 15 and an EP will be released in the coming year.

Says Colton: “I realize that the best times in my life came from the little moments of jumping off the beaten path. When you jump away from all the normal stuff and follow the weird little voice in your gut sometimes it’s a train wreck. BUT to make a song or really anything in life great you have to let go, follow that thing you were told was wrong.  Be free of everything.

The big difference between this and my past music is that I always had a firm hand in the production. This time I let go and gave producer Brett Boyett a lot of freedom.  He kept me focused on the story and took my singing, guitar playing and songwriting to a whole new level.

Colton burst onto the scene in 2010 with a striking blues-rock track titled “Sugar.” Following that up with a deep dive into the songs of Robert Johnson in 2012, Colton continued to hone his blues guitar cred.   With a flurry of single and EP releases beginning in 2016, he immediately caught the attention of outlets such as The Boot, Popdose, Huffington Post with an evolved sound that seamlessly combined elements of rock, country, R&B and blues that are anchored by his otherworldly guitar chops. Earlier this year, Colton released two EPs collecting some of the best moments from 2017 and 2018-- Qualified and California Blue. 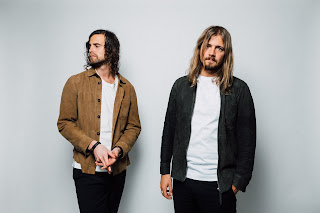 Selkama - All My Friends Are Growing Up.

When brothers Nicolas & Kim Flemström decided to start making music together they took the name Selkama, to honor their Finnish mother. Selkama is her maiden name. After playing music in different projects for a couple of years they wanted to start from scratch and do something together, just the two of them. After writing songs for a year in their hometown Stockholm they traded city life for countryside, as they went to a studio on a farm close to Trollhättan during winter 2018.

After two weeks of intense recording, starry skies, dinners to the sound of a crackling fireplace and coffee breaks, a record had been made. Nicolas personal songwriting combined with Kim’s harmonies and sense of melody makes for an emotional and dynamic record. Songs about loneliness, selfishness, friendship and love are accompanied by sonic landscapes, reverb - drenched pianos and two voices that sound like one.

The title track and first single of their debut album ’All My Friends Are Growing Up’ was released on November 6 2019. The record will be out in early 2020. The single ”All My Friends Are Growing Up” is the title track and first single from Selkama’s upcoming debut album. I’ts a melancholic song about loneliness and the longing for love. About daring to feel hopeful. If you find yourself on a train or in a car, just look out of the window and let the smooth vocals and crying instruments carry you away.