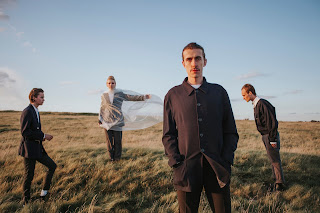 Racing to the forefront of the emerging indie landscape, the rising quartet returned last month with masterfully crafted lead single Two Sense, having already attracted glowing praise from all corners of the press (Pitchfork, Stereogum, NME, The Line Of Best Fit, Dork) and across the airwaves (BBC Radio 1, BBC 6 Music, Radio X, KCRW) following the arrival of debut EP What’s On Your Mind? earlier this year.

Detailing their newest effort, enigmatic frontwoman Millie Duthie explained: “Lenox Hill is the hospital I was born in, with the track inspired by my early years as a kid living in New York City. It’s an honest and emotional coming-of-age tale. Life can take so many turns and you can forget where you came from and what makes you you. The important stuff like family can get set aside in the pursuit of whatever it is that drives you. Lenox Hill is about realising you’re lost and deciding to go back to your roots to find the way again”.

The indie juggernauts have had a formidable 2019 on the road supporting the likes of Rolling Blackouts Coastal Fever, in addition to capacity shows at The Great Escape, Live At Leeds and Hit The North, and having just completed their first full-length UK tour, plans are already taking shape for a hometown EP release party early next year. 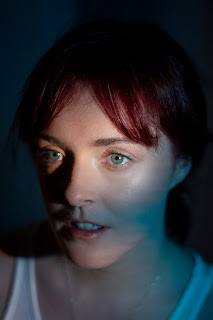 'Icarus' glides on the waxen feathers of Faultress's soaring voice. It is a song about those thoughts of ours that overreach, set to a soundscape of stunning synth production. Faultress's persona shines resplendent through her mythologic lyricism, mesmerising harmonies and spoken word segments. It is a poised and assertive performance from a musician with a masterly handle on the themes of her art.

5 Myths lyrically examines the myths surrounding the female experience of power, beauty, desire, mental health. All songs are produced by Joshua Davenport, and all except 'Marilyn' are mastered by Dom Howard (Submotion Orchestra). 'Marilyn' is co-produced by Bobby Broomfield (Does it Offend You Yeah) at The Rattle (collective of DIY artists), and mixed/mastered by Morgan Bosc at The Rattle.

Faultress is an extinct word for a female criminal, and this musical project is about wearing your unpolished faults and imperfections on your very female sleeve. As an artist, Faultress embodies the challenge to heterodoxy implied in her name, which she wields as a firebrand to write incisive and psychological songs that offer us a look into the complex fragmentation of feminine power, desire and mental health in a rapidly changing musical and cultural world.

Faultress's prime influence is Kate Bush, a soul she shares a love of theatricality with - Faultress has a playwriting MA from RADA - alongside a diverse set of influences that includes the likes of James Blake, Aldous Harding, FKA Twigs and Joni Mitchell. Her full banshee show is a six-part girl choir replete with synths and drums. In her solo shows Faultress plays piano and loop stations. With the release of her 5 Myths EP, she reveals herself something of a polymath: lyricist, musician, singer and storyteller employing the full spectrum of her skillset to make unforgettably charged music. 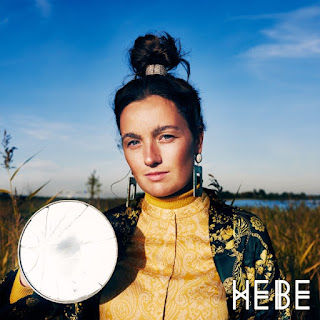 Rising artist HEBE unveils the cinematic visuals for her recently released single ‘Hunting Me’. Out now as a self-release via Kartel, the soulful electro-pop number tackles her fears and anxieties.

Hailing from Amsterdam, the talented artist has been collaborating with some of the Netherlands’ finest musicians. Credits for the new cut see award-winning producer/mixer Huub Reijnders, drummer Martijn Bosman, pianist and vocalist Ruben Hein contributing to the harmonious contrast of warm, catchy vocals set to pulsating electro-pop drums and synths.

The single is the first offering from HEBE’s forthcoming debut album ‘Cards On The Table’, planned for release in Spring 2020. ‘Hunting Me’ tells the story of a vivid dream in which the artist faces her own demons; “I could feel these fears so clearly but couldn’t see or grab them. In ‘Hunting Me’ I try to make these fears tangible by giving them a face,” HEBE reveals.

Growing up in an artistic household - her father is a film and documentary director, while her mother is a theatre designer, and her brother a visual and lighting artist - this all added to HEBE’s fascination with music and the arts. After graduating from the Conservatorium of Amsterdam and influenced by both her contemporaries such as James Blake and BANKS - as well as by iconic songwriters Van Morrison and Bob Dylan, HEBE locked herself away in the studio to hone her sound, one which is both uplifting and melancholic at the same time.

‘Hunting Me’ gives us a small window into her unique sensibility and sound; just one piece of a puzzle which will cement her status as a bonafide songwriting talent.