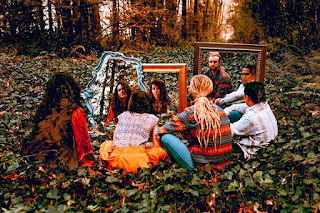 "We wanted to feel something different - something that drove us and at the same time something we could let go of and let it take control of us. Jessica and I were living in Austin, Texas writing the demo for this album. We had written and recorded a song a day every day for the last two days. I asked her to write a love song - and the rest is history!"

This song is about the synergy that touches us all. It is, in turn, about the incredible energy that lifts the spirits from within and pulls you to what some may call a destiny- if one listens. Capturing the connection and fervent prospect of the twin flame energy. The Last Known Purple, is an alternative love song about both the journey through life and the mirror souls you meet a long the way, teaching you to see where you are and pushing you to be better. The song is about being mystified by life itself and the magic we come across daily. We can all feel magic when we align with our purpose and continue to listen to the wind and the power within - howling with unbridled creativity, desire, and passion to be let out.

The LP, All Things Unconsidered, is a collection of work expressing the frustration and sorrow for all the world we love and live in. It is about the chaos that ensues us all, and therefore that ensues the world. We are without acknowledgement lost within the constraints and construct of time. It is said, that creativity lies within the eyes of a child. The album echos the desire to not lose that creativity, that is often stifled with age. Throughout the album, lyrical and musical compositions mirror the push and pull of experiencing a society craving magic, all the while revealing the power for radical and creative change has always been our own hands. All Things Unconsidered, is planet positive and dares you to open personal prospective and perspective. The music plays with dark and light energies through the medium of frequency and lyricism.

The title of the album, All Things Unconsidered, describes the left behind, the subconscious thoughts and feelings that have been pushed aside and forgotten. The album itself dares to resurface those thoughts and pushes to challenge uncomfortable topics.

Dream Wulf is a blend of alternative, stoner, psychedelic, dark dream, and bloom gloom rock and roll music. They are based out of Portland, OR. The band is unsigned, as founding members and visionaries, John Villadelgado and Jessica Bahl, enjoy exciting their dream in their own way. They are joined by, prog metal and jazz trained drummer, Glenn Walters, and psychedelic punk enthusiast Kyla Maunakea on her headless bass.

Dream Wulf’s sound is fiercely psychedelic. Powerful female vocals, melting guitar riffs, intricate time signatures, and captivating dark undertones, that leave you guessing in wonder. They create a riff- that flirts between the push and pull of light and dark energy. Creating the constant synergy of a positive message with a dark delivery. Magnetically charged, their live performance are captivating and dreamy, radiating a unified intensity which lives up to their pack name. 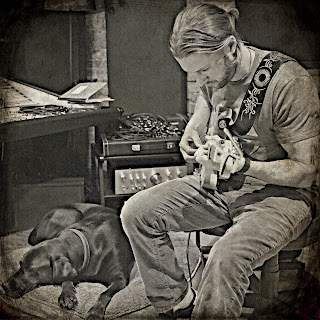 Seattle indie artists Jason Sees Band are releasing a new single today Dec 20, 2019. Song Bio: 1.4 million Americans attempted to suicide in 2019. Almost 50,000 succeeded. Unfortunately, these statistics hit home for Jason Sees Band on a personal level this year. As a result, Jason retreated to his personal studio once again to emerge with another indie release that offers solace and hope for the challenges of the human condition. "There are no easy answers to our challenges on this journey. The battle with our own mind is guaranteed to be a plodding struggle through the dark. But nothing worth fighting for is free."

Jason Sees Band is an indie alternative rock group based around the songwriting of Jason Sees. Since 2009 many musicians have come and gone through the orbit of Jason’s songwriting. However, two constants have remained the same; drummer David Campbell and bassist Shaun O’Neill. Since joining forces, the trio have 9 releases under their belts. “Dave and Shaun really are the foundation of our music; I can always fall back on their talent” Jason states. Other musicians that have (or currently) circle in and out of Jason’s music endeavors include Alex Wilson (Broockies), Adam Williams, Julia Sarewitz, Joe Reineke (Orbit Audio), Danny McMahon, Winston McFarlane (Vision Music), to name a few. “I know lots of musicians around the city, and I like having the flexibility to bring in the appropriate talent for the needs of individual songs. It also keeps things fresh and allows me to ensure my music covers a broad spectrum.”

That last point is notable as Jason appears to be perfectly willing to venture across any genre that he sees necessary. His work with indie producer Broockies (Alex Wilson) ventures deep into techno pop, Adam Williams brings a riff laden 70’s rock guitar, and noted Seattle producer Joe Reineke has taken Jason’s songs into the realm of well produced alternative dream pop. Jason says, “At my core I’m a traditional troubadour, songwriting is what I enjoy most. Most of my songs, with notable exceptions, start with a pen, paper, an acoustic guitar, or piano.”

Jason Sees Band appear to be on a journey, if you delve deep into their catalog evolution is apparent. 2014 release A Single Frame Passing Through the Light was a grief ridden production completed with the aide of Joe Reineke after the passing of Jason’s wife due to cancerous disease. Since then Jason has traversed the musical landscape releasing an intoxicating EP called monochrome, self-produced Grizzly Bear EP, and the playful Robot Dance EP. Jason Sees Band’s latest releases are guitar riff rock melodys that delve yet again out of the norm for this band. “Got to push your comfort zones” Jason says with a sly smirk, “if you’re not moving forward your moving backwards.” 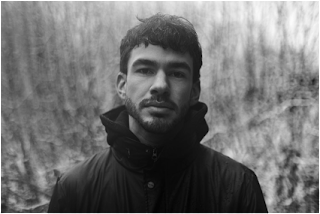 Swedish downtempo producer boerd has just released his new album with Anjunadeep last week and is carving his own unique path in electronic music fusing classical undertones with downtempo electronica. The Swedish producer, who is a classically trained musician performing as part of the Royal SwedishOpera moonlights as an electronic producer signed to London’s infamous Anjunadeep.

Before We Drown features fellow Swede Stella Explorer on vocals. Following his first introspective single with Stella Explorer, ‘Before We Drown’, which demonstrated his capacity for emotive songwriting and live instrumentation, boerd now returns with second single ‘Look’. A showcase of intricate sound design, ‘Look’ features nuanced percussion amongst a warm experimental fog of synthesizers.

As a regular member of the Royal Swedish Opera, Swedish Radio Symphony, and Stockholm Royal Philharmonic Orchestra, Ericson has also proven himself as an accomplished bass player for numerous ensembles around the world. Touring Tokyo, Stockholm, and New York, the producer performed in the Philip Glass opera ‘Satyagraha’ earlier this year (including four sold out shows in Brooklyn’s illustrious Harvey Theatre). Bård also recently contributed as a member of Andrea Bocelli’s orchestra throughout his Scandinavian tour. 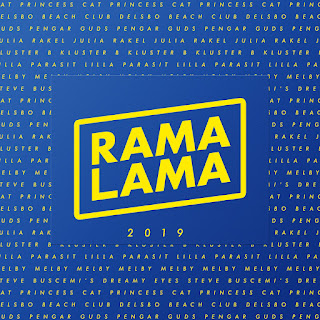 Rama Lama Records 2019 Collection is now out now on all platforms.