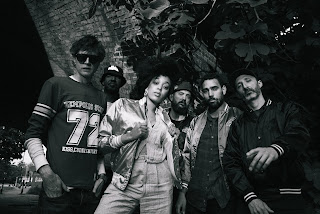 The Hempolics unleash ‘Play On’, the second single from their upcoming second album ‘Kiss, Cuddle & Torture: Volume 2’, planned for release in April 2020 through their own record label Zee Zee Records via Kartel Music Group. Following the recent release of their trip-hop meets dub-influenced single, ‘Full of Surprises’, which saw support at radio from BBC 1Xtra’s David Rodigan, 6Music’s Steve Lamacq, Don Letts and 6Music Recommends, ‘Play On’ examines the game-like aspect of some relationships, mashing up soul and reggae with horn hooks and electro dub flourishes.

Born from a studio session with Juno Awards-winning Canadian reggae and electronic artist Dubmatix, the new cut is the result of a different approach to music writing for the band; “we wanted to make something fresh and with an instant upbeat feel”, recalls the band’s mainman and producer Grippa Laybourne - who has previously worked in the studio with a variety of international top acts like Mattafix and Faithless - “I wanted the band to be more involved with the writing process, it’s the only track they found, wrote and recorded their own parts before I arranged it and finished it off adding horns and keys overdubbed”.

Vocalist Nubiya’s infectious soul-pop vocals and empowering lyrics show one of the main strengths of The Hempolics, the capacity to talk about sensitive topics while channelling their own struggles into something positive and exciting. The Hempolics’ blend of Reggae, Hip-Hop, Dancehall and Pop has already been heavily supported across UK national radio by BBC Radio1, BBC 1Xtra, BBC Radio 2 and BBC 6Music, where the band had three playlisted singles. They went on to have 6Music ‘Album of The Day’ and were subsequently chosen by Liz Kershaw's pick for 'Album Of The Year', after an impressive live session for Lauren Laverne.

‘Play On’ is The Hempolics most captivating offering yet. And with a new album coming out next year the band is set to cement their status as one of the most interesting bands of this generation. The Hempolics are Grippa Laybourne (Dub FX, Keys), Nubiya Brandon (Vocals), Dandelion (Vocals), Harry Collier (Vocals, Guitar), Leon King (Guitar), Lorenzo (Bass) and Craig Boorman (Drums). 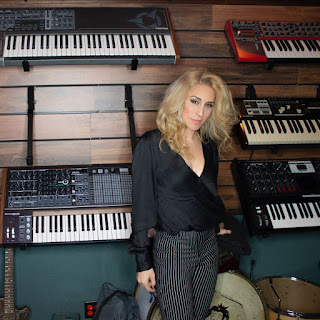 JES continues her series of impromptu live performance videos, with a guitar-based version of her Billboard #1 hit Imagination. Proving that a compelling performance requires nothing more than true talent, JES accompanies herself on a dreamy sounding electric guitar to deliver an entirely new performance of the dance classic.

“I’ve always loved performing up close like this, the raw emotion comes through without any barriers,” she said when asked about what prompted the acoustic series. “It’s more representative of what inspires my songs and I’m excited for everyone to hear these new authentic versions”.

JES’ highly anticipated “Memento” future-spective album is set to drop early in the new year. It will be followed by an acoustic-only album as part of the package and looks set to be a must-have release in 2020. 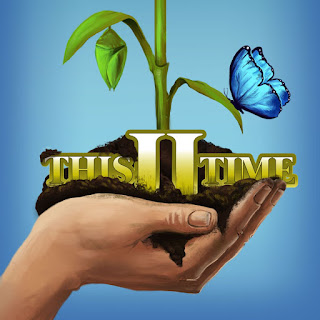 Second time’s the charm!  With a couple of decades, many guitars, and a chance reunion, Andy Vogan (guitar, vocals) and Sean Gazeley (guitar, lead vocals) formed “This Time” in the fall of 2016.  Lifelong friends and musical collaborators, they cut their teeth performing thousands of live shows together, writing songs and developing a style unique to their outlook on life.  The band calls Kingston, Ontario home and this is where the creative juices started flowing again, reigniting their love of music and melody in a truly Canadian way!

In the two years following the formation of their collaboration, they tossed into the mix three extraordinarily talented and diverse musicians, Rick Moniz (drums), Colin Bowe (lead guitar and keys) and Scot Mulligan (bass), with an equal passion for original music to complete their lineup. With the help of a super cool “genius” recording engineer at the most “HIP” studio in Bath, Ontario, they put it all together in an atmosphere that has already produced many great Canadian bands.

In 2018 This Time Band recorded and released their first studio album, “One”. And now, the band is ready to release their follow up studio album entitled “Two” which  features the lead single and video called Runaway', created in a live off-the-floor approach that captures the fun and energetic style of their music.

2019 was really a cool dreampop- and indie-year at Waterfall of Colours. In case you've missed some our latest releases we're happy sending you our 3 current singles.

InBetween Movies (CH) - In late summer, Zurich-based electro-shoegazers Inbetween Movies have landed a small indie hit with their debut single 'Lava'. It has broken the 50'000-plays-mark without much support on Spotify and Youtube. Now the four-piece release another great dream pop-track. 'Murmurs' declares love to all gentle rumours that everyone spreads on a daily basis. And of course, this can set you up (sometimes at least) as it can be annoying.

Beach Scvm (FR) - Beach Scvm brings back the summer. With sweet melodies, so wonderful they could have been created by Temples as well. Or by Dinosaur Jr and The Jesus and the Mary Chain. Ther melodies are carried by subtle beats that are never intrusive, but still indispensable. That's exactly how good Lo-Fi-Bedroom-Pop is meant to sound. By mixing this sound with wild Shoegzae, Beach Scvm has created a brand that sounds both relevant and timeless. 'Summer Jobs' is the first track by Beach Scvm being released through indie label Waterfall Of Colours. Some more cool – sunny – music is set to follow.

Soften (CH) - It's getting cold now, winter's ahead of us. May the first snow fall! Soften makes the ice melting anyway. By listening to the multi-instrumentalist's wonderful and folky indie-sound you'll forget that winter's knocking at our doors. Soften from Lausanne/Switzerland sends all his warmth with his enchanting new single 'True Love'.