A departure from their first record, Sweet Delirium, ØZWALD’s new LP Born In A State is inspired by their environment in the heart of Tennessee.  These songs tell stories from the perspective of two creatives pondering the value of art and music in a world of likes and follows.  Truly Nashville, this collection is organic, quietly eccentric, and full of nostalgia.

Roughly five years ago, Stout was called in to play as the guitarist on an international Lifehouse tour that would eventually have its US route canceled, but a bond began to form between Stout and Wade on the overseas run.  Following the tour, Wade needed an engineer to assist him in his California studio where they both lived at the time and called Stout.

What began as an artist/engineer relationship quickly evolved to an artist/artist partnership and the two immersed themselves in the inspiration of something new as they set a goal of completing three songs in two weeks. The duo amassed a total of twelve songs which made up their first record, Sweet Delirium.

They have since moved from Los Angeles to Nashville and quickly found the change of scenery influencing the way they approach writing songs, with the aesthetic of their surroundings really bleeding into the music. Deeper and more colorful, Born In A State probes the melancholic world of Art Pop and Indie Folk, conjuring up the work of Wilco and Foxwarren while retaining their signature levity. 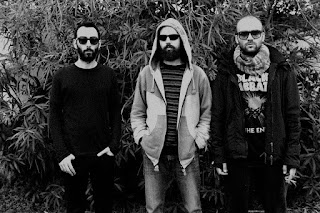 Formed in late 2012, Arrakis is a three-piece band from Thessaloniki, Greece that plays an infectious brand of riff-based stoner rock with some psychedelic influences.

Purely instrumental, their songs are based around groovy riffs that straddle a fine line between head-banging/foot-stomping stoner rock and trace-inducing psychedelic jams, robust bass lines and thunderous drum beats.

The very first jams at the rehearsal room led to the creation of two self-released demos, in 2012 and 2013, and to the release of "Sanatorium " EP, which was released in by Deathforce Records in 2014. At the same time, they tested themselves in the live circuit with a number of gigs in Greece, including an appearance at Fuzztastic Planet Festival. Motived by the incredible reactions to their sound, the trio spent most of 2015 crafting and recording their first full-length “Ammu Dia”, which was met with great critical acclaim.

Just one after the release of their debut, Arrakis released their second full-length “Electricon”, which was met with great critical acclaim and now the Greek trio are back with a new effort titled Technontology Vol. I that sees Arrakis the trio further evolving their groovy and psychedelic stoner rock sound. If you enjoy anything from Hawkwind to Karma to Burn then you are definitely going to enjoy this album. 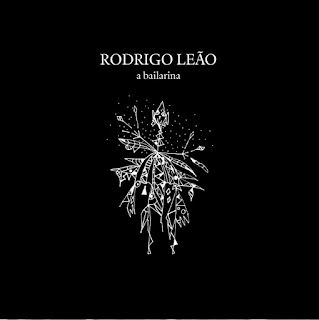 Rodrigo Leao may not be a name you are familiar with but in his native Portugal he is one of the giants of the music scene. His latest project is set to change that, with the first release from his new album introducing an artist who is both innovative, daring and spiritual.

A Bailarina demonstrates not only Rodrigo’s deft expertise of neo-classical techniques but also such unusual ingredients as a lyric sung by his daughter in a completely made-up language. An ingenious lullaby for the 21st century, A Bailarina will be followed by the BMG International worldwide release of Rodrigo’s new album, O Método, released in February 2020.

Firstly gaining fame as keyboardist in the hugely successful band, Madredeus (amassing over 3 million album sales worldwide), he has since forged a solo career which has seen him perform with such innovative artists as Portishead’s Beth Gibbons; The Divine Comedy’s Neil Hannon; Tindersticks’ Stuart Staples, not to mention Ryuichi Sakamoto and Ludovico Einaudi and composing three major film soundtracks.

His latest project is O Método (trans. The Method), already being spoken about as the pinnacle of his output so far, an album which sees him takes his minimalist, ethereal soundscapes to new frontiers, both comforting and challenging the listener with questions which don’t necessarily have answers.