December 16, 2019
Sharone recently shared a couple of videos for 'Turn Back Time' and 'Closer To Love' both taken from her third studio album released just a few days ago. Although I note that metal (usually a personal turnoff) and goth genres are mentioned in the promo below, I have to say plenty of the songs carry melodic hooks and the vocals are natural and distinct, whilst the Gothic overtones add atmosphere. === Danish singer songwriter Nikolaj Grandjean has just released 'Seven Wild Horses' a mixture of Americana and indie folk, and plenty of originality particularly with his refined vocal delivery. === From Alabama we have the pleasure of introducing Caldonia and a couple of songs namely 'Oh Say' and 'Taxi'. Taken from their forthcoming debut E.P (due 27 December) the article below says "Their music testifies to the Southern traditions of soul, blues, rhythm and blues, and other American “roots” music", well on the strength of these to tracks I cannot argue with that!
------------------------------------------------------------------------------------------ 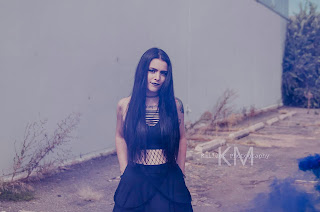 Channeling chaos into art, Sharone erupted onto the Denver music scene as a solo artist in 2014 playing local DIY venues; since then she has gone on to play venues such as Marquis Theater, Bluebird Theater, and Gothic Theater, playing festivals, and opening for bands such as One-Eyed-Doll, The Birthday Massacre, Fuel, Saving Abel, Davey Suicide, Tantric, Hell’s Belles, and Stitched Up Heart. The atmospheric and melodramatic music of Evanescence and the psychedelic blues of Black Sabbath inspired Sharone to start performing her music live, and to eventually release her 2017 demo album, Storm.

Despite sustaining a dark and nearly melancholy tone on recordings, the gothic artist’s live shows are nothing short of energetic, full of heavy piano riffs, pulsing rhythms, and enthralling theatrics. From emerging from a coffin to jumping off of monitors and captivating contortions, Sharone captures the interest of each audience member through her piercing stage chemistry with her live musicians, and her ever-growing theatrics.

In the spring of 2017, the singer left her mark on the Denver music scene with the release of her first rock album ‘Storm’. Following the release, underwent a complete lineup change in her band, and came back stronger than ever with the reincarnation of her dark sound: ‘Enchiridion of Nightmares’ (2018).

Sharone followed up the release with three exhilarating summer and fall tours, reaching audiences across the western, central, and eastern United States, and is currently working on her third studio album. This unique rock artist is destined for success in the metal and goth rock realm. Sharone's third studio album, 'Reflection', was released December 7th, 2019. 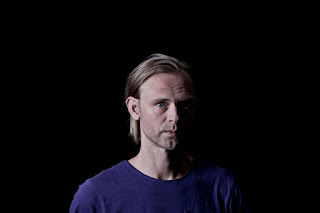 “Seven Wild Horses“ longs for the one and only; it longs for a soul mate, the complications that come along with the depth of that partnership, and the beautiful steps along that journey. Nikolaj unmasks the duplicity of making yourself suitable for your vis-à-vis and reveals a certain kind of insecurity behind the process. The single repeatedly questions if we’re enough, underlying a vacant confidence.

Nikolaj grew up in Copenhagen in a total matriarchy. Educated by his mother and her partner, he owes his alternative perspective and modern world outlook to the situation he was born in. The similarities and differences between all humans dominate the theme running through his creative work.

The singer-songwriter began making music early on and exhibits significant milestones; among them, a Grammy nomination, headlining festivals Placebo, and a deal with Sony Music earlier in his music career. Nikolaj describes his music as a mixture between Americana, lo-fi and indie and is deeply inspired by Townes Van Zandt, Willie Watson, Bruce Springsteen and the emotionally brave. 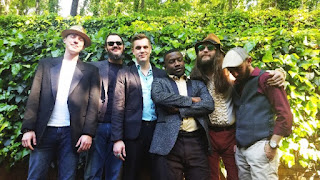 The six members of Caldonia grew up in small towns in Alabama, where, to quote their website, “revival tents and liquor stores both testify their own truths about the Deep South.” Their music testifies to the Southern traditions of soul, blues, rhythm and blues, and other American “roots” music. They cite James Brown, Wilson Pickett, and Ray Charles among their many influences.

Caldonia has upcoming show dates in their hometown Huntsville; Jackson, Miss., and other Southern towns and cities. Band members hope to extend that reach with their debut EP “Caldonia . . . is Hurtin’ for You,” to be released Dec. 27 on all major music streaming platforms.

Caldonia is Keyton Fike on vocals, Daniel O'Donnell on saxophone, Calvin Montgomery on trumpet, Matthew Gravitt on drums, Carl Kasper on bass, and Jason Wright on keyboards. Listeners who grew up on the sounds of Stax Records and Motown will feel an instant kinship with the four songs on this record. Fans of younger artists who carry on these soul and R&B traditions — such as The Black Keys, The Alabama Shakes, and Vintage Trouble — will also enjoy this debut EP.

“Taxi,” another band original, is a workout for the horns, while the rhythm section of Kasper on bass and Gravitt on drums makes this a rhythmically infectious funk tune.

Two other compositions on this recording pay homage to the late Eddie Hinton, the legendary songwriter and member of the Muscle Shoals Rhythm Section that worked with so many soul and R&B artists. The arrangement of “Brand New Man” is a rocking scorcher, with the right amount of requisite guttural delivery from Fike. Fike’s vocals are perfect in conveying the emotions of Hinton’s ballad “Hard Luck Guy.” The horns and keyboard make the final chord ring.

Caldonia pay homage to Hinton’s legacy in yet another way. They recorded this debut release at historic FAME (Florence Alabama Music Enterprises) Studios in Muscle Shoals, where Aretha Franklin, Clarence Carter, Etta James, and other legends recorded. The history of FAME created the sound of “Caldonia . . . is Hurtin’ for You,” which band members call a “retro, raw, and reverb-soaked vibe ….”