January 17, 2020
HANYA share 'I'll Do It Tomorrow' ahead of their forthcoming E.P and follows on from 'Dream Wife' which we featured last November, this time we have a fabulous dream pop song that raises expectation even further. === Ani Glass has just released 'Mirores' accompanied with a video, and it's a gorgeous song, her vocals are splendid and the track just brims with good vibes. === From Switzerland we have Humanoids and 'The shadow you make isn‘t yours', there first new material in five years, where a mixture of alt rock and electronic instrumentation combine into a rhythmic rocker. === We have the full album from The Chris White Experience called 'Volume Three', it unsurprisingly follows on from Volume 1 and 2, from somebody that rightly might be considered a musical legend. === Today Secret Treehouse released 'At Sunrise' and the Nordic indie pop band are in cracking form with this powerfully pleasing song. === Walter Martin returns here for a fourth time (over four years) with 'First Thing I Remember' taken from the album 'The World At Night' due out at the end of the month, the songwriter sharing a gifted and imaginative piece. === There is something a little international about to days music selection and to keep that going, from Greece we have Mechanimal and 'Stolen Flesh'. The vocals are oh so deep and mesmerising, the music a perfect accompaniment on this original and remarkable song.
------------------------------------------------------------------------------------------

HANYA - I'll Do It Tomorrow.

Arriving hot on the heels of lead single ‘Dream Wife’, the band have already experienced a real surge in momentum, with their heady concoction of 90s-esque dream pop and shoegaze extravaganza attracting plentiful support among the key taste makers.

Plans continue to take shape on the live front, with previous shows alongside Honeyblood, Lazy Day and Tess Parks succeeding in growing their profile, not to mention their first trip Stateside for New Colossus Festival lined up in March.

Speaking ahead of their upcoming release, the quartet explained: “I’ll Do It Tomorrow was the result of realising that rarely does anyone take the advice we ask for, we love to procrastinate and wait until things change around us, it’s the magic of the human psyche. The song is pretty much advice to an old friend…be every version of yourself, let go, do it now, don’t wait until tomorrow”. 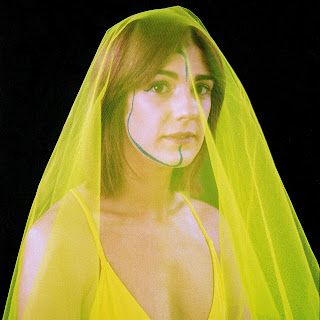 Ani Glass releases her new single ‘Mirores’ this new year ahead of her forthcoming album of the same name. With infectious harmonies and a pulsing dance floor beat, ‘Mirores’ depicts the journey from dark desperation to motivation and inspiration, showing how we quickly build barriers in reaction to experiences but often forget to lower them. The song represents the liberating feeling of opening up to the world; the alignment of ideas, motivation and energy and that rare but illuminating experience of feeling inspired.

On 6th March 2020, Ani Glass's debut album MIRORES finally sees the light of day; the culmination of four years developing her own sound and visionary artistry. With its tapestry of electronic sounds, elliptical melodies and samples threaded into a song cycle, MIRORES is based around the idea of movement and progress - one which takes us on a journey around her hometown of Cardiff. The title is taken from Ani’s bardic name - created when she joined the Cornish Gorsedh in 2013. The Gorsedh itself is a celebration of the Celtic spirit of Cornwall and Bardship is awarded to people who contribute to its cultural and linguistic heritage. MIRORES is a play on words which incorporates the name of one of her favourite artists – Joan Miró – along with the Cornish word for “to look”, which is miras. Therefore, MIRORES essentially translates as ‘Observer’ thus presenting the album as Ani’s observation of the city in which she was born and now lives.

MIRORES also represents Ani’s first foray into production. Having been inspired by her experience of working with Martin Rushent during her time as a member of indie-pop group The Pipettes, Glass has spent the past few years teaching herself the art of recording and production. Her sound is inspired by many leading electronic and avant-garde artists and producers of the 1980s including Martin Rushent, Giorgio Moroder, Vangelis, Jean-Michel Jarre and Arthur Russell whilst the wider themes are inspired in part by the works of abstract painter Agnes Martin and the renowned author and activist Jane Jacobs. Despite some of the album’s heavier themes, Ani maintains a strong pop sensibility throughout, most certainly cemented during her time as a member of R&B pop group Genie Queen – managed by OMD’s Andy McCluskey. 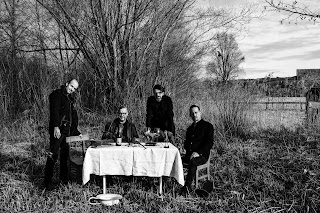 Humanoids - The shadow you make isn‘t yours.

No way have they lost it! Humanoids from Zug/Switzerland just kept us waiting a little while. Erm, five years, to be precise. But they haven't been lazy since. In this period they've played a bunch of concerts, mesmerizing their audiences. Finally, «the coolest pigs in Swiss », as Media once called them, are back with new thrilling track.

'The shadow you make isn't yours' they claim in their new single. From a musical point of view, this number will leave your mouths wide open: above all with its airy but intense modern sound, which is carried by a springy groove and in which elements of stoner and alternative rock can be heard. In the same time «The shadow you make isn't yours» is a promise: There are a handful of new tracks yet to come from the four-piece in 2020! 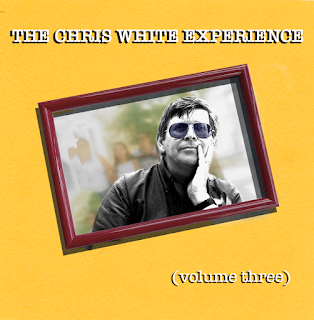 Last year (2019) The Zombies were inducted into the Rock and Roll Hall of Fame in a British invasion alongside Radiohead and The Cure. On stage with the rest of the band was Chris White; the man who co-produced and wrote more than half of the seminal Odessey & Oracle album, who composed (the now standard) This Will Be Our Year and who penned and co-produced the worldwide hit Hold Your Head Up for Argent.

His acceptance speech from the night, widely quoted in Rolling Stone, beautifully summarised the golden age of recording: “Music and songs are the bookmarks in all our lives, it’s the language that binds us all together”. The Chris White Experience is an incredible collection of unreleased recordings from the last 50 years.

Most of these songs have never been heard, with Volume Three spanning half a century from an unreleased 1969 Zombies demo, right up to an October 2019 recording from Et Tu Brucé. With collaborations featuring Rod Argent and Colin Blunstone (Unhappy Girl) and London band Et Tu Brucé (Can’t Seem To Fall In Love) as well as performances from Joe Lee Wilson (Archie Shepp) Russ Ballard (Argent) Stuart Elliott (Cockney Rebel, Kate Bush) and many more. Following on from the much-celebrated Volumes One and Two, it is a brilliant and vital document in the history of British music and analogue recording. 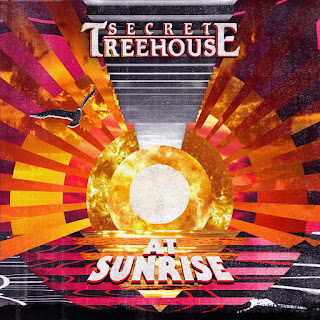 Nordic indie pop band, Secret Treehouse, is now back with their new single, "At Sunrise"; a warm an catchy song that will make you wanna smile and dance.

They released their debut album in August 2019, and have already moved on to develop their sound even further from their more darker and melancholic debut album. Cover art by Achilleas Gatsopoulos.

"At Sunrise" is the first single from the upcoming second album, following the upraised "The Big Rewind", and will be released Jan 17. It's produced by Stamos Koliousis. 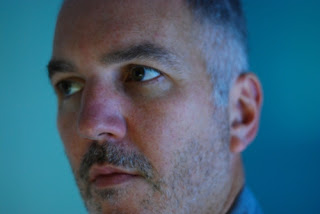 Renowned songwriter and Walkmen co-founder Walter Martin will release his new album The World At Night on January 31st via Ile Flottante Music. Produced by multi-instrumentalist Josh Kaufman (The National, Hiss Golden Messenger, The War On Drugs), the album is Martin's most richly orchestrated and grandly cinematic collection to date, as well as his most poignant. Today he shared his new song "First Thing I Remember" which features Jonathan Fire*Eater/Walkmen drummer Matt Barrick.

With sweeping strings and lavish horns fleshing out his spare, understated vocal delivery, The World At Night calls to mind everything from Leonard Cohen and Tom Waits to Randy Newman and Harry Nilsson. Dedicated to his dear friend and late Jonathan Fire*Eater bandmate Stewart Lupton, it balances soul-baring intimacy with sophisticated arrangements as they walk a delicate tightrope between despair and hope, faith and doubt, security and uncertainty. In addition to Kaufman, the album features an all-star cast of musicians including Sam Kassirer and Zach Hickman (Josh Ritter), Stuart Bogie (Arcade Fire, The Hold Steady), Rob Moose (Bon Iver, The National), and pianist Thomas Bartlett (Glen Hansard, Norah Jones). Vogue Magazine raved "The World at Night might just be his masterpiece."

Lupton's memory looms large on this record and his spirit informs the music in ways both explicit and implicit. Album opener "October" sets the tone from the outset, pairing exuberant music and ominous lyrics about fate and mortality. It's followed by the title track "The World At Night (For Stew)" which grapples with the confusion of loss and draws much of its imagery from a collage that Stewart made that now hangs above Walter's writing desk. In a recent interview with Billboard, he stated, "I'm not really a religious person, but I do believe in ghosts and in magic and in plenty of beautiful stuff that I can't see. Writing this album - and especially this song - was an effort to get closer to that stuff. And to Stew." 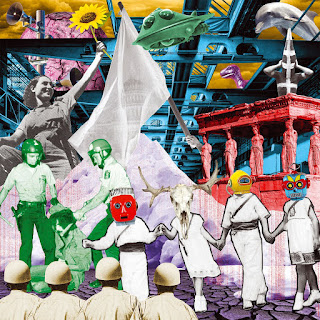 Giannis P. says about the song: "Stolen Flesh" is dedicated to the loving memory of a dear friend we lost. It's about how it feels when you lose a dear person: all the love unveils in its magnitude in a very painful procedure. But we remain here to keep this love and all memories alive by beautifying every little crack and detail in our everyday life."