January 18, 2020
Steve Buscemi's Dreamy Eyes have released the new single 'Forever' a few weeks ahead of their 'Sweetie' album release. Comprising of twelve tracks the album is awash with great indie songs, we have already featured 'Moon' and 'Change Of Heart' and I have to say the rest are at the least on a par with these three tracks, it's an album to look out for! === Russian based duo Sobranie 8 18 have just released the dramatic and imaginative song 'Angels Fight', a genre defying and play again piece. === Since coming into our world in August 2017 Lauran Hibberd has become a firm favourite of Beehive Candy and the new single 'BANG BANG BANG' only confirms even more that the attention she has gained has been earned through delivering fabulous music. === It's been a while since we last featured Sophie Morgan however she has returned with the gentle, melodic and beautiful new song 'Marmalade' accompanied by a wonderfully matched video. === Lev Snowe has released an E.P. entitled 'Someday Soon' and although the Canadian artist music is broadly described as dream pop, he manages to add a layer or two of experimental and creative elements to some songs that add so much more to the material. === Ahead of her new album, fourth generation Irish musician Siobhán O'Brien has a new single 'The Kings Fool'. This song is no traditional Irish affair, in fact it's more Americana with some rock vibes, whatever the case it's crammed full of enticing hooks.
------------------------------------------------------------------------------------------ 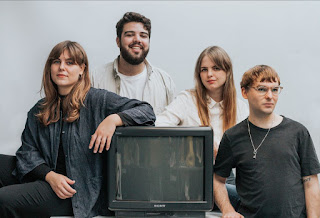 Behind the odd name Steve Buscemi’s Dreamy Eyes you’ll find one of the most promising bands on the Scandinavian indie scene. The band are now set to release their highly anticipated debut album 'Sweetie' on February 14th and will tour both Scandinavia and UK to coincide with it. Today, new single 'Forever' is released via Rama Lama Records.

The band - consisting of Siri Sjöberg, Tilde Hansen, Elias Mahfoud and Edvin Arleskär - formed in 2015 after bassist/vocalist Tilde tweeted out "Does anyone/anybody know someone who wants to play in a band together with a bassist and a singer that haven’t played in a band for a year and are dying of boredom?". Debut single Desire was released early 2016 and was followed by three more singles 2016-17, all receiving attention from both Sweden’s biggest music sites and influential international sources such as DIY, Billboard and CLASH - all hailing their dynamic and dreamy indie pop that constantly have been developing during the band's career.

The band made their festival debut at Umeå Open in 2017, a show which Swedish magazine HYMN hailed the show as "the festival's most energetic". Debut EP Four Waters with four brand new tracks was released on November 24th 2017, being described as “an illustration of the sonic genius of the little band with the great name, who in less than a year continue to leave us speechless with their music” by The Revue. After following their debut EP with two packed London shows and their biggest Stockholm show to this day, the band took some time off to write new material. In 2019, the quartet returned better than ever with the shimmering new tracks Change of Heart and Moon which is now followed by Forever, all taken from Steve Buscemi's Dreamy Eyes' long-awaited and just announced debut album Sweetie that will be released on February 14th via Rama Lama Records both digitally and on crystal transparent vinyl - pre-order here.

Steve Buscemi's Dreamy Eyes on the album: "It feels impossible to not portray the future. The album is a concoction of stories from our lives - what it means to be young today, with the challenges and dreams we have ahead of us. The songs are collections and fragments of thoughts about our future, what we can, should and want to do. We have written simple and we have written challenging. And we have finally landed in a collection of songs that formed our album. Our first. Sweetie." 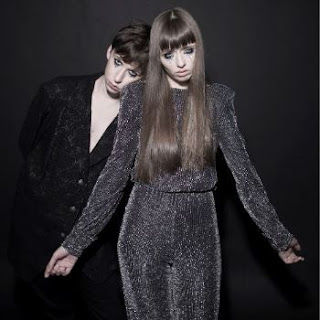 Sobranie 8 18 is a union of two unique artists, Nastya and Kirill, who share personal and artistic interests - though based in Russia, they could just as easily have created their music on the surface of Jupiter, so strangely unearthly is their sound.

Formed in 2015, their early releases offered only a tantalising glimpse at their current prowess, the low-fi pop sound morphing into their current world of dark electronic whispers and ultraviolet screams. Their forthcoming self-titled album features ten tracks of transcendental melody; avant garde experimentation; retro pop and eternal truths – it is released on 3rd February 2020.

Sobranie in Russian means “meet together”, an appropriate word for the coming together of music, verse and minds of Nastya and Kirill, the masterminds behind Sobranie 8 18. Following in the wake of Sobranie 7 17 a now extinct dark electronics project and alongside Nastya’s solo project, Sobranie 9 19, Sobranie 8 18 has become the main effort of the duo. The figures 7 and 17 are sacred numbers - the other figures represent the artist’s intuitive associations with the variety of music genres. Influenced by dark techno, new euro pop, field recordings and experimental sounds, Sobranie 8 18 is the clearest manifestation of their musical manifesto. 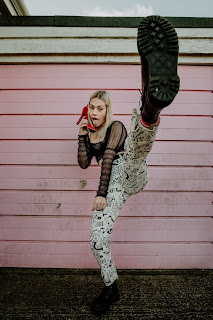 Having spent the majority of 2019 on the road, notching up extensive UK/EU support tours alongside US heavyweights Hippo Campus and The Regrettes, in addition to her debut appearance on Glastonbury’s BBC Introducing stage, Hibberd’s dazzling live show continues to woo audiences, and with a second UK headline tour lined up next month, her remarkable rise shows no sign of slowing anytime soon.

Discussing her first release of the year, Hibberd explained: “‘Bang Bang Bang’ is my ode to the teenage girl. It’s built for the prom scene in ’10 Things I Hate About You’. It’s the cycle of going back to the same person even when you know you shouldn’t and I guess the fallout of all of that”. Produced by Boe Weaver and mastered by Vlado Meller (Weezer, Rage Against The Machine, Oasis), Lauran Hibberd’s ‘Bang Bang Bang’ is out January 17th and will be available via all digital platforms. 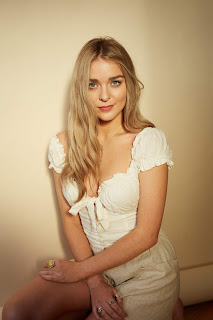 Sophie Morgan has announced brand new single Marmalade, which is out now and taken from the EP of the same name out on 20th March.

Singer-songwriter Sophie Morgan has established a loyal following for her gloriously spellbinding alternative folk sound over the past few years, through the release of two EPs Sons & Daughters and Annie and stand-out tracks Above You and Hey Annie. Over the past year, Sophie has been refining her sound and her new 4-track EP Marmalade was produced at Urchin Studios in London with Matt Ingham (Laura Marling) and features co-writes with Benjamin Francis Leftwich and long-term collaborator Simon Jones (The Verve).

Born and raised in Cheshire, 22-year-old Sophie began playing piano and songwriting at an early age, after being brought up on a musical education of Nick Drake and Van Morrison and later introduced to Joni Mitchell and Carole King. The influence of her father’s record collection led to recent covers of The Waterboy’s The Whole Of The Moon and The National’s Bloodbuzz Ohio, which is accompanied by a video inspired by the original.

New single Marmalade is the first introduction to Sophie’s forthcoming EP of the same name and it immediately transports you forwards to summer, with the aura of idyllic romance setting a vivid scene with delicate guitars, tender lyrics and Sophie’s warm honey-soaked vocal. It’s a song to make you pause, curl up and take in every word. The video is filmed in Provence in the South of France and echoes the meaning behind the song perfectly. She says;

"Marmalade is a romantic dream of this sumptuous life like you see in the old films. The title came from, when I think of luxury, I think of those little pots of jam and marmalade you get in fancy hotel breakfasts. Every time I sing the song, I imagine a big old house in the South of France with an abundance of fruit and pastries and wine. So, we flew to Provence to shoot the video and a handsome French neighbour named Vincent drove me around the village in his cool old orange Renault."

Following shows in Cheshire and London and support dates across the UK and Europe with The Waterboys, Sophie has announced a headline show at Liverpool’s LEAF on Thursday 9th April and will be announcing further live dates soon. 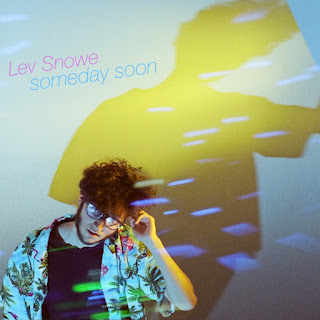 Canadian dreampop artist Lev Snowe shares his sophomore EP Someday Soon. Through lush, hazy production that emerged from the confines of limited technology, Lev's voice swirls in and out of focus creating a surreal, dreamlike state for the listener. His lyrics are a foreign fantasy about needing to travel beyond his home in order to find traces of the next him as he juggles with memories that pull him backwards.

Lev Snowe on Someday Soon: "The whole EP is my study on how I evaluated time in the past and the new idea of living 'for the moment' that resulted. It was the summer of 2018, and as I had localized the mad freedom to live & experience, I in turn took a look through my past writing and inspired a creation to abolish all old insecurities. 'Someday Soon' is meant to cut to the chase — as if saying 'forget where you've been, you are done with it. It is time to be boldly you — the very person that songwriting has helped you discover!"

Lev Snowe spends his days tinkering away in his bedroom studio building up his psychedelic Xanadu. Raised on the warm hiss of '70s soul jazz recordings, the slack chill of the L.A. beat scene, and the nostalgic synth swaying of Boards of Canada, this Canadian songwriter/producer creates an atmosphere that is both washed out and danceable — pensive, yet uplifting. Like a wandering mind spent cooped up all winter, Snowe's music never sits still for too long. Lush electronics bloom around shimmering guitars and the wonky grit of '90s era hip hop grooves, all while Snowe's wistful lyricism drifts hypnotically in and out of focus—a carefree soundtrack fit for either chaotic house parties or those endless summer nights spent escaping reality. 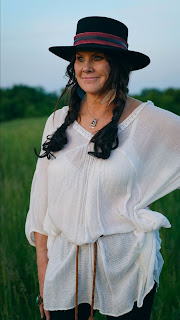 Conveying honesty and vulnerability, contemporary singer-songwriter Siobhán O'Brien releases new single "The King's Fool", off her new album You Can’t Run Out of Love. With heartfelt lyrics, O'Brien brings a compelling track about her assimilation into the US and combines it with the feelings of frustration in trying 'make it' as a musician.

Inspired by great American singer-songwriters such as Joni Mitchell, Bob Dylan, Neil Young, Leonard Cohen, Brandi Carlile,  Sheryl Crow, and Joan Baez, O’Brien creates emotive tracks inspired by changes throughout her life. "The King's Fool" is this introduction into her artistry and a bit of a tease for what is to come on her third full-length record, You Can't Run Out of Love, out late February 2020. Recorded in Austin, Texas, at Cicada Moon Studios, O’Brien worked alongside John Bush (percussionist for Edie Brickell &  New Bohemians) and Matt Hubbard (keyboardist for Edie Brickell &  New Bohemians). Together they brought to life 10 original songs, each documenting important moments in her life since she left Ireland for the US in 2016.

Her new single "The King's Fool" is the first step for O'Brien to show off her unique blend of rock and folk. Be sure to check out Siobhán O'Brien's latest single and follow her on social media for music updates.

As a fourth-generation Irish musician, music has always been an important part of Siobhan O’Brien’s life. At the age of 16, she threw aside the piano and fiddle, dedicating herself to the guitar. Her musical ambitions grew as she released her original music to the world. Her debut album Mumbo Jumbo Bla Bla, released in 1996, went on to garner praise and national airplay throughout Ireland. In 2008, Siobhan released her album I Grew Up To, which featured famed Irish musician Paddy Moloney of The Chieftans and led to a performance at the Boston Symphony Hall with them the same year. In 2016, Siobhan O’Brien made the move to America, deciding that was where she wanted to lay down her musical roots.