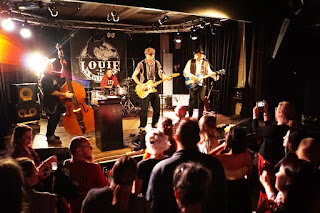 Louie & The Wolf Gang welcome the new year with a thrilling and fast single: 'The Race' reflects their current state. Last year started running fast for the new rockabilly heroes from Baden/Switzerland: Their debut EP earned enthusiastic reviews, was heard on various international radios-show and brought the band their first concerts, full house.

In 2020, it's time to speed up the tempo: A club tour through Switzerland is going on until summer, including a performance at the legendary «Tiki Bash»-festival in Erlinsbach AG, the hippest Swiss rockabilly-festival on the scene.

'The Race' is a cool introduction to the gigs, with reminiscences of the legendary Stray Cats, the celebrated Neo-Rockabillies Restless and a bow to country legend Johnny Cash. 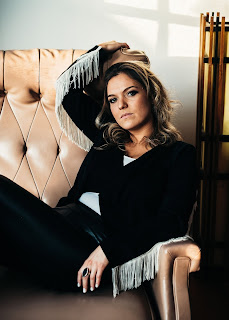 Jess Knights - Leave Me For The Last Time.

For all of love's agonies, Calgary soul-roots singer-songwriter Jess Knights isn't sulking over old wounds. On her debut full-length, Best Kind of Light, due out on May 20, 2020, Knights comes out on the other side of love and loss without all the bitterness, but rather a sense of self-assuredness knowing that she'll be just fine on her own.

It's this triumphant reclamation that frames the albums title track, about a graceful end to a relationship. When you get older your priorities change, and what was once catastrophic is no longer a big deal, Knights says. "You choose where to put your energy and how to spend your time. 'Best Kind of Light' is about choosing to move on with grace and integrity, and not feeling the need to burn your ex's clothes on the front lawn anymore."

Of the 11 songs contained on Best Kind of Light, there are traces of the blues that have always informed her sound. Case in point: the gloriously sultry 'Try a Little Harder', where she offers the best clapback to lazy courtship. "I know your kind/You come around here saying Damn girl, you're fine But I ain't the type to fall flat and cold to a man with a line/You gotta try a little harder, she sings to an eruption of scorching blues licks."

All the while, some lap steel and country strains find their way into a few songs. The most welcome surprise, though, is the sparkling dub beats heard on Halfway.

To achieve the revivalist vibe she was after, Knights headed to Toronto in 2019 and assembled the crème de la crème of song-smiths and sidemen, including award-winning producer Joshua Van Tassel, Donovan Woods, Joey Landreth, and others. The lineup adds dimension to Knights songs while bringing into focus the moody, dimly-lit spectrum of her classically-trained voice, which has drawn comparisons to U.K. luminaries Amy Winehouse and Eliza Doolittle. 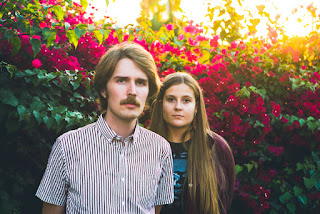 Canadian psych-folk second-cousins Kacy & Clayton head to the UK for tour dates in Jan/Feb, including a slot at the prestigeous Celtic Connections Festival in Glasgow and a headline show at London's The Victoria courtesey of Shindig Magazine. Their recent Jeff Tweedy (Wilco) produced album Carrying On came out in October via New West to critical acclaim, with Mojo saying,"The duo shine as a beacon of warm and quirky outsiderdom in a rising tide of cookie-cutter Nashville Americana" and Uncut calling it; "a warm, beguiling set that tips its hat to roots music interpreters as disperate as Hoyt Axton, Fairport Convention, Dolly Parton, The Byrds and Bobby Gentry, while also tapping Cajun fiddle music."

They also share a live video for "That Sweet Orchestra Sound". The session was recorded at Trinity St. Paul's United Church in Toronto and captured by Southern Souls, who has been creating top-notch videos of mostly Canadian artists for more than ten years. It was filmed in September just as Kacy & Clayton performed on presitgeous Canadian TV programme CBC's Q then headed to Nashville for Americanafest.

The band also shared other videos from the album, including “High Holiday”, "Carrying On" and "The Forty-Ninth Parallel".

Kacy & Clayton's sound is equal parts homespun, coming from a family and community where playing music is an ever present part of social gatherings, and the rare country, blues, and English folk rock they obsess over and collect.  It’s an arresting amalgamation of psychedelic folk, English folk revival and the ancestral music of Southern Appalachia. For Carrying On, Clayton cites as influences: Bobbie Gentry’s Delta Sweete, Hoyt Axton’s My Griffin Is Gone, Cajun fiddle music, and the steel guitar of Ralph Mooney, who played on many of the records that defined the Bakersfield country music scene of the 1950s. Sixties psych has also woven its way into these new songs; Kacy enjoys telling people that they live 250km from the mental hospital that coined the term “psychedelic.”

Having toured almost nonstop for the last two years, Carrying On was conceived and honed on the road and recorded immediately after a jaunt across Western Canada, mostly as live takes with the minimum of overdubs.  The songs having been tried and tested before audiences each night with Kacy & Clayton offering, “This album has, by far, the most intense and confident performances we’ve ever done on record and I hope that intensity will be felt by the listener.”

They have just returned from the road supporting Ray LaMontagne in North America in the Autumn with an appearance at the Pilgrimage Music & Cultural Festival in September alongside Foo Fighters, The Killers, and more.