Kinley Dowling is a talented songwriter and multi-instrumentalist who spent ten years touring the world as a member of the band Hey Rosetta!. When not on tour with her friends, she finds time to write and record her own music.

For over a decade, KINLEY has appeared on violin with the likes of Jenn Grant, Stars, Matt Mays, In-Flight Safety, Rose Cousins as well as loaning her talents to Classic Albums Live and Anne and Gilbert; The Musical.

Her career has also seen multiple appearances with Grammy-winning artist Anne Murray and as a member of Hey Rosetta!, Kinley has toured Australia, USA, Canada and Europe multiple times, appearing at festivals such as Lollapalooza, Bonnaroo, Ottawa Bluesfest, and Mumford and Sons Gentlemen of the Road tour. She has recorded violin and viola on over 400 songs for numerous artists across Canada. 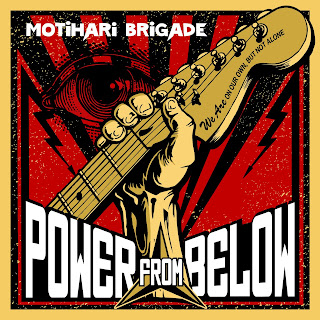 Rock-N-Roll began as an expression of youth rebellion. Beautiful bands of outcasts, renegades, and radicals claimed the music as their voice to express ideals of independent human resistance.

But there was always the music industry - plastic robot manufactured culture to distract and placate the masses.  Many were hypnotized by the artificial programming flooding their tele-screens.

They may call the tune, but we need not consume what we are fed.  We can create our own independent rock-n-roll resistance.

Motihari Brigade creates high-energy revolution rock as a beacon for those seeking their independent lost tribe.  The new album Power From Below evokes the encouraging electric sound of “Bernie Sanders meets Helter Skelter.”  They are a voice in the wilderness calling “We are on our own, but not alone” - words from the song Waiting For the Revolution and inscribed on the electric guitar from the album’s cover art. 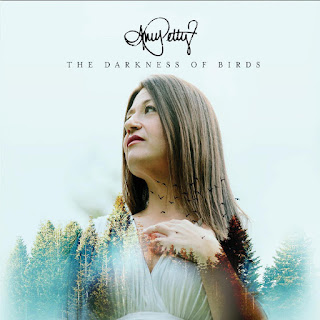 Amy Petty - Sick Of The Radio.

Amy Petty releases "The Darkness of Birds" With pristine production and a powerhouse vocal performance, "The Darkness Of Birds" announces Amy Petty as force to be reckoned with in Adult Contemporary Music.

The eleven song set will evoke comparisons to many of the great divas who have laid the foundation for emotional and introspective modern pop music.

Delivered over an ethereal instrumental bed, developed in concert with producer Andy Reed,  Petty provides layers of vocals that waft and wail with passion and grace.  Both inspirational and foreboding, "The Darkness Of Birds" in an epic sonic achievement. 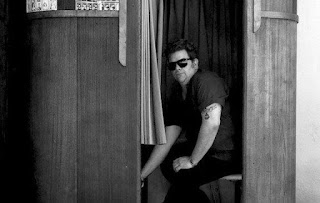 San Francisco based, Greg Hoy & The Boys have just debuted their latest music video for their single ‘Green’!

According to frontman Greg, “‘Green’ is about seeing the tip of the iceberg of a person while ignoring the depth below its surface: the cheerful barista, a wistful lover, your dear leaders.

And while it celebrates empathy, it also cautions against believing the facade — seeing what we want to see — by asking what goes on behind closed doors. Sometimes the truth is way, way uglier than it appears.” 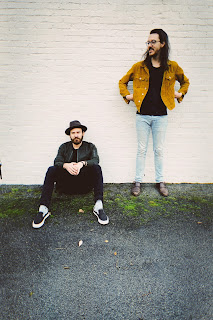 ØZWALD - Call off the Doctor.

A departure from their first record, Sweet Delirium, ØZWALD’s new LP Born In A State is inspired by their environment in the heart of Tennessee.  These songs tell stories from the perspective of two creatives pondering the value of art and music in a world of likes and follows.  Truly Nashville, this collection is organic, quietly eccentric, and full of nostalgia.

Roughly five years ago, Stout was called in to play as the guitarist on an international Lifehouse tour that would eventually have its US route canceled, but a bond began to form between Stout and Wade on the overseas run.  Following the tour, Wade needed an engineer to assist him in his California studio where they both lived at the time and called Stout.

What began as an artist/engineer relationship quickly evolved to an artist/artist partnership and the two immersed themselves in the inspiration of something new as they set a goal of completing three songs in two weeks. The duo amassed a total of twelve songs which made up their first record, Sweet Delirium.

They have since moved from Los Angeles to Nashville and quickly found the change of scenery influencing the way they approach writing songs, with the aesthetic of their surroundings really bleeding into the music. Deeper and more colorful, Born In A State probes the melancholic world of Art Pop and Indie Folk, conjuring up the work of Wilco and Foxwarren while retaining their signature levity. 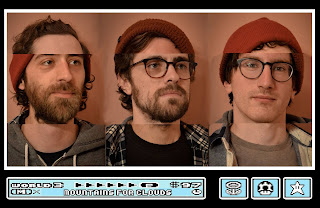 Mountains for Clouds are calling it quits, but not before giving us one last album as a parting gift - Anxious & Aware showcases all the things that made them great; expansive musical soundscapes and contemplative, emotional vocals. The album sees release February 21 via Count Your Lucky Stars, just prior to their last show February 23 at Chicago's Sleeping Villiage. More details on the event are here.

Bands with expansive names evoking strong imagery rarely live up to their monikers. Fortunately in the case of Mountains for Clouds, we have a band that lives up to their title. Composing huge, soaring pieces that build and layer into a delicate beauty so fragile it threatens to break at a the drop of a pin. While most bands would take this step too far, Mountains for Clouds are masters of their craft, reigning in or pulling the intensity of their music like it was clay in their hands.

On their final album, Anxious and Aware, we can hear their entire decade of playing together culminate into one last masterpiece. We hear the return of their large and sweeping musical palate - guitars that create their own sonic soundscapes that evoke images as majestic as their moniker, bass that weaves in and out like fine stitching on a tapestry, and drums with detail precision that add immense clarity and power. We also can hear something refined- contemplative and emotional vocals that cap the portrait, leaving us with a feeling that we have just heard something special - the final work of a musical life well spent.

All bands come to end, but not all of them bow out as gracefully as they came in. Let’s celebrate the last album instead of mourning their death. They would have wanted it that way.