We have a brand new 6 track EP from Norwegian indie-band Remington super 60 simply entitled 'New EP' which has been released today (29th of January 2020).

Remington super 60 is an indie pop group hailing from the town Fredrikstad in Norway. It was founded by the group's songwriter and bedroom producer Christoffer Schou late 1998. Originally set up as a Casio pop band (listen to the first album pling 2001 and you see what I mean) the sound has gone back and forward but always been inspired by Christoffer's musical heroes Burt Bacharach, Brian Wilson, Velvet Underground as well as newer bands such as Stereolab, High Llamas, Cornelius, and Yo La Tengo & Eggstone.

The band has released several albums, EPs on various indie labels around the world, and appeared on numerous compilation albums since it's early start. The new material is released on Christoffer's own label Café Superstar Recordings. 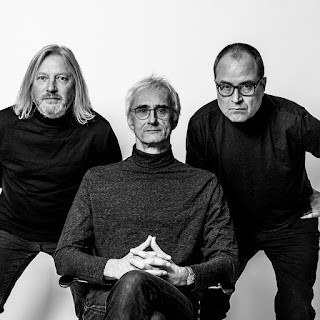 The Hengles - Down To The Water.

A new year, a new song! Down To The Water, The Hengles’ 6th consecutive single, takes you on a sonic trip to uncharted musical landscapes. Starting from scratch, adding layer after layer as the music progresses, eventually leading the listener to a blissful serenity.

The distinguished gentlemen of The Hengles have more than earned their musical spurs in the past. The guys from Amsterdam played in illustrious 80s and 90s bands like Fatal Flowers, Treble Spankers, Supersub and Jack Of Hearts. Since 2015 they represent The Hengles, originally specialized in the better cover stuff and in addition active as backing band both live and in the studio of various artists.

Last year The Hengles have taken the next step: writing their own repertoire making pure melodic jingle-jangle Hengle pop with a twist, taking you on a trip down memory lane of more than 50 years of popular music history and blending this into their own style.

As said before, 2019 has been very kind to The Hengles: entries on Spotify’s New Music Friday playlist, Apple Music’s New Music Daily playlist, Dutch National Radio NPO 5 playlist and a real Number 1 spot at Dutch IndieXL Indie chart, airplay in Germany, US and The Phillippines, to name but a few! 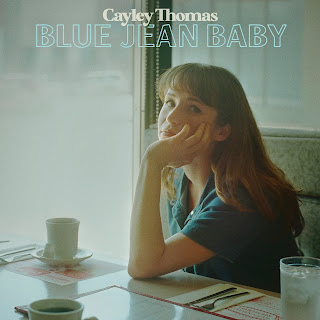 Cayley Thomas is a singer, guitarist and songwriter from Edmonton, Alberta whose natural affinity for constructing catchy melodies reveals her striking vocal range and character. Under a delirious guise of simplicity, she weaves sensitive eccentricities and cathartic declarations into her own brand of unique, knowledgeable pop.

Cayley’s upcoming album ‘How Else Can I Tell You?’ is a collection of songs that reflect upon a period of subconscious overwhelm and the subsequent shift into conscious thought and awareness. Recorded between Edmonton and Toronto, the album deliberately combines Hi-Fi studio production and Lo-Fi living room charm.

‘How Else Can I Tell You?’ is fresh enough for modern indie rock ears to find familiar, with spells of synth and its modern production, all the while drawing on the fuzzy raw warmth of our favourite sounds from mid-century rock and soul. It features Cayley Thomas at the helm and is tied together by producers Nik Kozub (Shout Out Out Out Out, Humans, The Wet Secrets) and Steve Chahley (U.S. Girls, FRIGS, Badge Époque, Darlene Shrugg.) 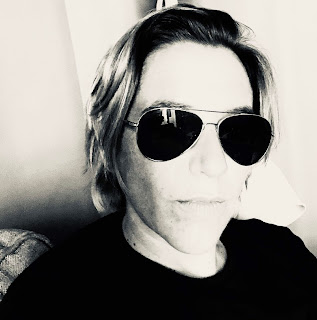 Following hot on the tale of her album Feverlurden, Tara Vern has released righteous new single Girl With The Flashing Eyes.

Girl with Flashing Eyes is the lovechild of Pat Benatar and Foo Fighters. Powerful guitar hooks, an 80s aesthetic and demented drumming. With a double hooked chorus and menacing yet plaintive verses, this single is a thank-you letter immortalised in song.

In September 2019 Tara bunkered down in Zen Studios, Sydney, to record her first solo album Feverlurden with engineer Geoff Lee and session drummer Miles Thomas. The album was mastered by Steve Smart at Studios 301, Sydney. Tara’s goal was to create rock you can dance to. With a single guitar track, a single drum track, and single bass track, the music is raw, stripped back, immediate and danceable.

Tara was the singer/guitarist/songwriter in early noughties Sydney band Guddling, which received praise from radio and print for “dark-edged pop melodies, emotive hooks and sorrowful female harmonies” the group which split when various members moved abroad in 2002. After spending several years in the wilderness honing her hunting skills and dallying in electronic music as Noot Records, she has returned to the thing she loves best - Rocking out on the guitar.

Upon a tumult of drums and a ringing two-note-tap to your forehead, Girl With The Flashing Eyes gets your attention and points your gaze towards a future of scuzzy riffs and cheeky twists. Tara Vern a rocker not content to rest.