January 10, 2020
Rev Rev Rev return to Beehive Candy for a third time with a video for 'Adrift In The Chaosmos' a song that blasts into power as the predominately shoegaze piece takes no prisoners. === Palm Ghosts have released 'Wide Awake And Waiting' a beautifully flowing song that leans towards post punk, with plenty of melodic hooks. === We have the full album from Human Ottoman entitled 'Rampage'. This is an imaginative and highly original collection of music that as the band state "brings polyrhythmic rock to the masses," and if your not sure what that musical genre is all about, prepare to be amazed. === Bedroom has released a video for 'Gulf' today. A gentle dreamy piece, it's accompanied by a pleasing and clever video, but it's the music that does it for me. === The new single from Agnes Obel is 'Broken Sleep' a gorgeous contemporary musical piece, it's a fine taster for her new album 'Myopia' due next month. === We featured Anna Rose three times last year and now she returns with 'Broken Is Beautiful' another energised rocker mixed with some singer-songwriter musical sensibilities. === Finally today Nada Surf share 'So Much Love' a refined indie rocker with plenty of heart and addictive vibes.
------------------------------------------------------------------------------------------ 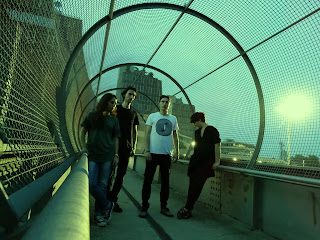 Rev Rev Rev have been invited to play renowned showcase festival Eurosonic in Groningen, where they're going to perform on Wednesday, 15th January, at All Round Poolcentrum. On the verge of a new adventure in the Netherlands it seemed just right to release a DIY video they shot during the band's trip to Left of the Dial, Rotterdam in 2018.

'Adrift in the chaosmos', excerpt from new album 'Kykeon' (out now on Fuzz Club), is one of the most shoegazey, blurry tracks; but it also features cosmic wanderings and an odd spaghetti-western riff.

Since the release of their self-titled debut album back in 2013, Rev Rev Rev – based in Modena, Italy – have repeatedly been hailed as one of the finest new shoegaze bands, clocking up airtime and praise from BBC 6 Music, NPR, Drowned In Sound, Clash Magazine and Bandcamp Daily. 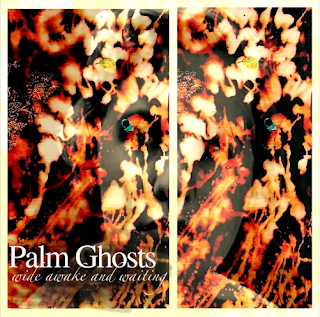 Palm Ghosts is a dream pop / post punk band based in Nashville TN led by songwriter and producer Joseph Lekkas. Taking cues from such bands as Cocteau Twins, Peter Gabriel, Echo and The Bunnymen, New Order, early U2 and The Cure, Palm Ghosts takes the sounds of early 80s alternative music and brings it into the new millennium.

Palm Ghosts self-released three records before signing with Australian label, Golden Robot Records, in May of 2019. Their self-titled debut is a tapestry of lo-fi folk and indie pop 88.5 WXPN in Philadelphia called “Elegant and Sweeping Pop”.

Greenland, Palm Ghosts’ second record, consists of songs that walk the line of electronic, indie and Americana music Atwood magazine called “A stirring mix of folk writing with electronica-tinged production…Electronically magnetic and emotionally heartfelt.” In May of 2017 Palm Ghosts found their sound with the release of Architecture, a critically lauded collection of cinematic dream pop songs.

Music News UK put it best when they wrote “The commodified and codified 80’s are here to stay, from the fake consciousness pop culture nostalgia that dominates the virtual shopping aisles to recreated and reimagined movie memories that manipulate and skew the present. Saddled with the past, culture’s inertia offers up facsimile pap and xerox rock. However, hope exists, listen as true light continues to glisten, appearing through the cracks and haunting the NOW are Nashville’s Palm Ghosts.” 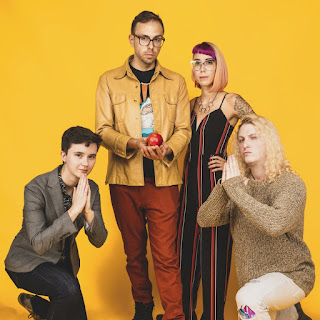 From brain-crashing cello solos and atomic vibraphone drops to drum solos that scholars are still struggling to understand, Human Ottoman is bringing polyrhythmic rock to the masses! 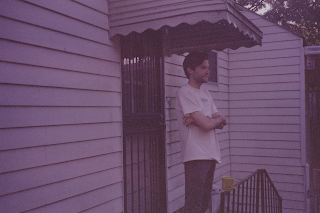 Bedroom is the work of singer-songwriter & producer Noah Kittinger. Beginning as a recording project when Kittinger was just 16, his releases under the moniker are characterized by honest songwriting coupled with catchy hooks, beautiful melodic sensibility, and a memorable homemade sound.

Kittinger began a steady stream of releases in 2012 with the Toys EP. Vivid, a mixtape featuring rough ideas and works in progress, followed later that year. These early works garnered praise from several media outlets and began the growth of a dedicated fanbase.

Bedroom’s first full-length LP, Grow, was made during a time of transition in Kittinger’s life. Written and recorded at the age of 17, and released in 2014 when Kittinger turned 18. The album cataloged Kittinger’s experiences with his own growth into adulthood. After the release of Grow, Kittinger took the project on the road, embarking on his first DIY tour.

After returning from the tour, and a year after the release of Grow, Bedroom went on hiatus as Kittinger took a step back from the project. He remained busy, working on new songs under his own name and released an EP, Bloom. Bloom showed growth from Kittinger’s earlier work with Bedroom, exploring electronic influences with samples and new production techniques.

In 2018 Kittinger continued to tour, playing songs from Bedroom and Bloom, packing out venues with new and old fans on his first West Coast tour. In early 2019, Kittinger officially announced the return of Bedroom and promised new music from the project in 2019. In May of 2019, Kittinger released “Count to Five” – the first we’ve heard of the project since the summer of 2015. A step into a different direction with newfound collaborator Paul Kintzing. 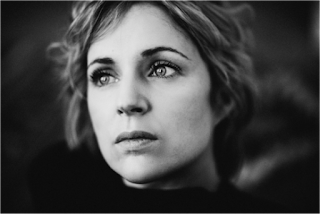 “This song was, surprisingly enough, written in a period where I was struggling with falling asleep. In the effort to find a cure I began to read about the science of sleep as well as the cultural history of sleep which led me to the ancient idea that sleep and death are familiar states and problems with sleep are linked to a fear of death. Relics of this idea are still to be found in our language today, in the way we describe both death and sleep.” –Agnes Obel

For almost a decade, Agnes Obel has been one of the most independent and original artists in contemporary music. Now she has returned with new music, releasing another enchanting single “Broken Sleep” ahead of her highly-anticipated new album Myopia, which will be released February 21 through Blue Note Records in North America, and Deutsche Grammophon in the rest of the world.

Following the same principles as with her previous albums (Philharmonics, Aventine and Citizen Of Glass), which she completed as a one-woman project in her own Berlin home studio, Obel has been under self-imposed creative isolation with the removal of all outside influences and distraction in the writing, recording and mixing process. “The albums I’ve worked on have all required that I build a bubble of some kind in which everything becomes about the album.”

“For me the production is intertwined with the lyrics and story behind the songs,” says Obel. This is precisely what makes her music so compelling and the same is true with Myopia. “Paradoxically, for me I need to create my own myopia to make music.” Obel was experimenting with techniques of recording processing, warping and pitching down vocals, strings, piano, celesta and luthéal piano, finding ways to melt these elements together to become one and twisting them in a way that you feel at home within the sound she conjures throughout the record.

The official music video to accompany “Broken Sleep” is also released today. Created by long-term collaborator and partner Alex Brüel Flagstad, the video accompanies the themes within the album perfectly and continuously follows on from the “Island Of Doom” video, which was released in October 2019. 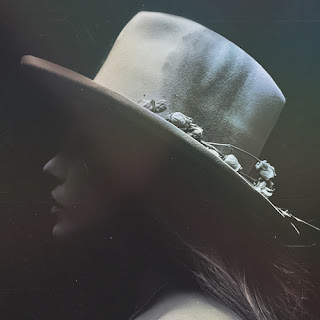 “Broken Is Beautiful" was directed by Rose’s longtime friend and long time collaborator Shruti Ganguly. This is the third video the two have collaborated on together and it is certainly the most personal. “The lyrics of 'Broken Is Beautiful' dig into the notion of how our accumulated pain/challenges ultimately make us who we are - and there is some reconciliation because of it," says Ganguly. "For the concept, I wanted to work with Anna and the women in her family. It was a joy to work with her sister Nora, and mostly, her incredible mother who had been a professional dancer but hadn’t performed in decades."

"The video for 'Broken Is Beautiful' is very special to me because it features two of the most important women in my life - my mom and sister," states Rose. "To have them be a part of telling this story and to film it in a place that holds so many memories feels incredibly cathartic. As women, I think we often fight these silent battles within ourselves: the magic we inherently possess that drives us towards our passions versus the societal markers that we are held up against. At any age, that internal struggle can become a deep well of insecurity and I’m so grateful to have my family help tell this story. Beyond that, having my dear friend and collaborator Shruti direct and produce only adds to the magic, as she and I have so much trust between us after years of working together." 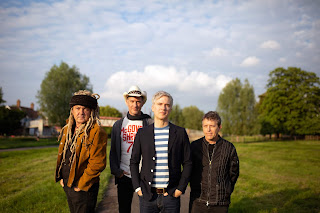 Nada Surf - So Much Love.

Nada Surf has Australia deep in their thoughts as they release their new single this week. 'So Much Love' is the uplifting latest taste of the venerable NYC indie icons' long-awaited ninth album Never Not Together (arriving via Barsuk / City Slang on February 7).

It's music the world needs right now - the concept threaded throughout the album is about how we're connected, no matter where we're from or who we are. By extension and like the record as a whole, the opener and consummate Nada Surf single "So Much Love" swiftly seeps in as an uplifting anthem of sorts, overflowing with all the the things that make the band great - it's positive, and full of kindness and hopefulness.

Frontman Matthew Caws explains: "It's a song that celebrates good will between people. Sometimes it can be hard to remember that it's there. but it's all around us. Small things add up. a little tolerance and acceptance can be built on. we're good at love and being kind. it comes naturally to us, but so do other things. You just have to keep looking for the right way to lean, it's worth everything."

Never Not Together is the band's first album in four years and was heralded last November by the crashing new single, “Something I Should Do”. Brooklyn Vegan enthused: "As you’d probably expect from this consistently reliable band - catchy and instantly likable."

Entirely different and something of an access point into their music for the uninitated, the stunning and anthemic slow-burn “Looking For You” followed in December, joined by a unique animated video filmed by the members of the band themselves.