February 23, 2020
Bleach Day just released 'bbs in the grass' a song that has a mixture of psychedelic vocal overtones and a creative choice of instrumentation. === Forever Honey share 'Christian' where the gorgeous melodic vocals and harmonies are accompanied by some slick guitar driven pop/rock. === The video for 'Cremation' by Villages enhances the songs story, however it's the mixing of traditional folk storytelling and more modern musical sounds that really does impress and please. === Agnes Obel hardly needs any introduction or support from Beehive Candy however ten years on and she is still testing musical boundaries and with the splendid song 'Camera's Rolling' ensuring that the new album 'Myopia' will get even more attention.
------------------------------------------------------------------------------------------ 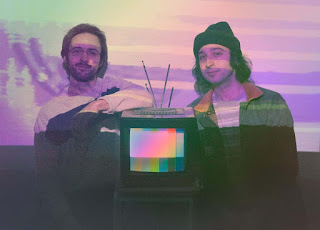 Bleach Day - bbs in the grass.

Bleach Day released their second single “bbs in the grass” from their forthcoming album as if always, releasing March 6th via Birdwatcher Records.

The band elaborated on the track’s meaning: “‘bbs in the grass’ is the end of a cycle that comprises the full album as if always. A series of musical movements erupting into existence, the track is propelled by a multitrack orchestra of driving percussion, thick bass, hailing piano notes, and twinkling Wurlitzer.

“bbs in the grass” is reflective yet forward looking. “It is the truth learned at the end of a long introspection. It is celebratory, but accepting of the fact that you’ll soon be back in this very same spot - ending the cycle, so it can begin again.”

Their lead single “in limbo” caught the attention of Various Small Flames and Austin Town Hall, among several others, and was featured on this Cottagecore Spotify playlist, which i-D Magazine shared on their story covering the niche cultural aesthetic.

Pre-Mortem High is the band's personal coming of age story put to music - the sound of girls and boys telling their girls and boys when enough is enough; the moment when sweet nothings whispered in the wee hours become spotlighted by sunlight, revealing holes of truth and promise.

Written on the heels of the band's relocation to Brooklyn, this record covers the anxiety of getting older, the thrill and danger of frivolous summer nights, and the pursuit of honesty. Channeling the clever, no-nonsense spirit of 90's brit pop and the jangly guitars of 80's new wave, Pre-Mortem High is their attempt at capturing the intensity of personal relationships and life in a new city, all within the confines of four songs.

About "Christian" - "Christian:" The song was actually the last to be written for our upcoming EP and came together really quickly...sort of like it's always been there. We were looking for something upbeat, and this was the result right before we went in to record. Writing it also may have subconsciously brought up some things about ourselves and the nature of our relationships at the time. 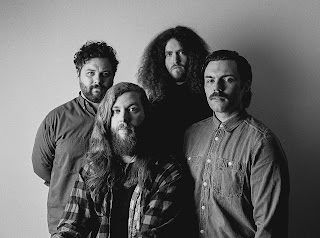 Not many bands can credit a Rankin Family singalong as the impetus for their start. For Villages, it was a catalyst. In the late aughts, traditional music was the furthest thing from the minds of Matt Ellis, Travis Ellis, Jon Pearo, and Archie Rankin. Having left their Cape Breton homes for the allure of the big city, the musicians formed Mardeen – a group steeped in Halifax’s history of melodic pop- rock and anchored in the vein of their musical heroes such as Sloan, The Super Friendz, and Thrush Hermit. Long heralded as one of Atlantic Canada’s hidden treasures, Mardeen amassed heaps of praise from critics and peers alike.

Steadfast, prolific, and revered, Mardeen found themselves looking back on their heritage after an unexpected trip down memory lane. “One late night, a singalong of Rankin Family tunes broke out,” says vocalist Matt Ellis. “I remember saying to the rest of the band that we need to write something that evokes the sound of home.”

Named after an essay penned by Cape Breton illustrator Kate Beaton, Villages was born. Beginning with a song called “Hymn After Hymn”, the group parlayed their newfound appreciation for Celtic and British folk into a four-song EP with the same name. Produced by East Coast icon Joel Plaskett, the output cemented the four-piece as an entirely new entity focused on melding the melodies and lyrical influences of their deep-rooted history with contemporary instrumentation, moods, and sounds.

This turning point culminates on the self-titled Villages full-length. Recorded at their home studio in rural Nova Scotia with producer Thomas Stajcer (Joel Plaskett, Erin Costelo), the record presents a unique take on life in the Maritimes. From the opening ethereal thump of a distant kick drum and chiming distorted chords on “Awakening of Spring,” to the reel- esque drive on “Maggie of the Cove” and “Sarah’s Whistling Tune,” to the country-tinged inflections on “At Your Door,” the eight-song LP tells the story of four young Nova Scotians coming back to their traditions on their own terms. Ringing like a rural anthem, Villages serves as a reminder that while it’s easy to leave.

For almost a decade, Agnes Obel has been one of the most unique and genre-defying artists in contemporary music. Last Friday, Obel released Myopia, her highly-anticipated new album which is out now on Blue Note Records in the U.S. and Deutsche Grammophon in the rest of the world.

The official music video to accompany the album’s opening track “Camera’s Rolling” is now released. Created by long-term collaborator and partner Alex Brüel Flagstad, and featuring the pair’s dog Woody, the video accompanies the themes within the album and continuously follows on from the videos for the albums’ previous singles “Island Of Doom” & “Broken Sleep.”

Following the same principles as with her previous albums (Philharmonics, Aventine and Citizen Of Glass), which she completed as a one-woman project in her own Berlin home studio, Obel has been under self-imposed creative isolation with the removal of all outside influences and distraction in the writing, recording and mixing process. “The albums I’ve worked on have all required that I build a bubble of some kind in which everything becomes about the album.”