February 19, 2020
Wilsen return with their new single 'Align' just ahead of the album 'Ruiner'. We have already shared a couple of tracks from the new collection and the latest again promises that we are in for a real treat. === We have to go back to October 2016 for the last time we featured Anna Atkinson, however she is back with her new project Linaire and the beautiful song 'Feeling' accompanied by her rich sounding Omnichord. === Another artist making her third appearance here is Brooke Annibale with 'I Will'. We don't feature that many cover versions but Brooke really does give this Beatles song her own stamp. === Micra have released 'Chemical Freedom' accompanied by a video, the dream pop duo really have created a gorgeous song (and it's welcome back here for a third time as well!). 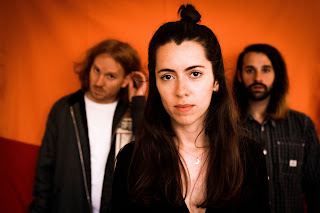 Today, the Brooklyn-based trio Wilsen released a new single "Align" ahead of their new album Ruiner out this Friday, February 21 via Secret City Records / Dalliance Recordings.

"'Align' is about the weight and occasional jolting effect of eye contact. That rare experience when connecting eyes throws you into a narrative," explains Tamsin Wilson. "The song was arranged with drummer Gabe Smith who helped us trim the excess and stabilize dynamics.  His involvement was crucial in our record-making process. We tracked the basics at Douglass Recordings and Johnny’s guitar overdubs at Black Lodge studio, using the original bedroom demo vocal percussion to kick off the song."

For Tamsin Wilson, the album finds her moving towards personal self-acceptance. "I have an inherent shyness," she says. "I'm acknowledging and finding a way with it as I get older." Throughout the record, she comes to terms with her many sides, including her introversion and her inner, self-sabotaging monster to which the album title refers. On "Feeling Fancy," with her distinctively hushed vocals overpowering the track’s clamorous instrumentals, Wilson offers listeners a powerful, and celebratory, declaration that "Quiet’s not a fault to weed out." 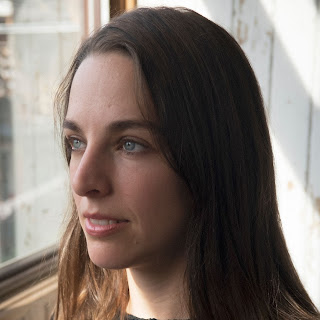 Linaire is the new songwriting project of Montreal-based singer, composer and multi-instrumentalist, Anna Atkinson. Linaire combines uncluttered electronic beats and ethereal synths with incandescent strings and poetically lucid lyrics to produce music that is at once spacious and full. Like plastic antiques, the songs feel both timeless and contemporary. Born out of Anna’s fascination with simple song forms and economic use of words, the songs explore themes of lineage, identity, time and anxiety.

In 2016, after a decade working as a freelance musician in Toronto, Anna took a break from performing and moved to Montreal. She took French lessons and spent months developing her knowledge of music production and live sound processing. She simultaneously began writing songs, examining the roots of her most debilitating emotions – anxiety, regret and depression. What emerged artistically was something very different from her previous records. Not only lyrically, but also stylistically, not least because of her use of the Omnichord in place of a piano or guitar. With its warm chords and simple beat box, the instrument pulled Anna in the direction of minimal electronic pop, a kind of crossing of Young Marble Giants and Harry Nilsson, two of her most significant sources of inspiration.

In the deep winter of 2019 Anna took ten songs and her Omnichord into a Montreal studio with co-producer and musician, Alexander MacSween (Bionic, The Nils). Three weeks later she emerged with an album that is certainly her most personally gratifying to date. From the very direct opener, Feeling, to the uplifting, Best I Can, and the darker meandering song, Oh Who, the album was made using a variety of synthesizers and drum machines and with an occasional appearance by Anna’s viola. The singing is at times nakedly intimate and at others almost anthemic, with floating layers of unison and harmony vocals. The album travels from beginning to end like a great collection of short stories.

In the last two years, Anna has performed Linaire in cities across Canada and in Japan and has been amassing a growing group of fans. She currently preforms solo and aims to add musicians to her live set as it becomes practical. Linaire’s eponymous album will be released later this year. 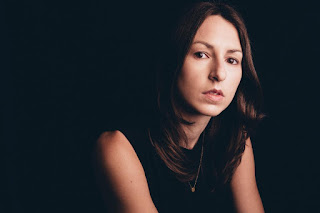 Brooke Annibale - I Will.

Singer-songwriter/guitarist Brooke Annibale has this week released a rendition of The Beatles’ classic “I Will.” The new single arrives just ahead of her debut European tour date.

“I first learned this song over 10 years ago for my cousin’s wedding,” stated Brooke. “My cousin and his then fiancee each chose a song for one another. They kept the songs secret, until I played them during the ceremony as a part of their vows, one song from him to her and one song from her to him. It was a pretty special moment to be a part of. I’ve been covering the song ever since, every once in a while. I thought it would be cool to record and rearrange the song a bit, make it a little darker and dramatic, but still keep the song’s sweet and well, endearing qualities.

Her first ever European tour includes stops in the Netherlands, Germany, France, and the UK. For more information or to purchase tickets, visit www.brookeannibale.com.

Brooke’s latest album Hold To The Light has been met with critical acclaim from Billboard, Uproxx, The Wild Honey Pie, Under The Radar, and more, featuring production by Sam Kassirer (Josh Ritter, Lake Street Dive) and guest musicians Josh Kaufman (The National), Matt Douglas (Sylvan Esso) and Zach Hickman (Ray Lamontagne, Josh Ritter). Brooke is currently writing new material for her next album that she will debut on the upcoming tour. 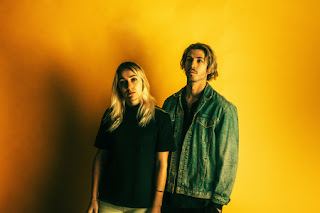 Sydney's Micra have today released their swirling and euphoric new single, 'Chemical Freedom' via Liberation Records. 'Chemical Freedom' marks the start of an exciting chapter for the rising dreampop duo and is a spellbinding example of their ability to turn a melting pot of influences into their own hallucinatory indie pop perfection.

A technicolor journey through #NSFW chemical-fuelled erotic encounters, the theatrics of 'Chemical Freedom' is presented in a stunning music video directed by Justin Ridler. Having worked in the past with Baz Luhrmann and Iraxta Ansa, Justin perfectly captures the essence of the track using motion capture animation through psych-tinged lens distortion. The song and video arrives as music lovers around Australia continue to battle with state governments over harm minimisation approaches to chemical consumption. Speaking on video, Justin said "I was really interested in Roger Penrose's theory of the fractal universe and I think that plays into the clip. There's also a kind of paradigm shift that's occurring in the contemporary cultural landscape around drug use which I wanted to reflect in the abstract narrative that plays out."

'Chemical Freedom' was recorded at the band's own studio and mixed by Grammy-Award winning producer Ben Allen (Deerhunter, MIA, Youth Lagoon). Speaking on 'Chemical Freedom', Micra said "It's been so frustrating to see the narrow minded attitude of Australian authorities towards pill testing and drug reform. We wanted to shine a light on that and highlight the ways in which the whole issue is actually bringing young people together."