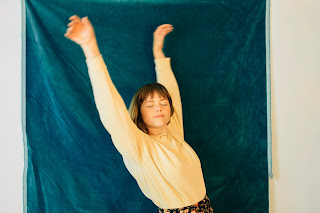 Kate Kelly - Quiet as a Mouse

Following up on her promising debut LP The Wonder of It All, Nashville-based artist Kate Kelly is back with "Quiet as a Mouse", a heartfelt new single that reveals another side of her artistry. With her two previous records, New Heartbeat EP in 2016 and The Wonder of it All in 2018 greatly influenced by jazz and soul music, "Quiet as a Mouse" marks a shift in her musical direction. Inspired by artists such as Phoebe Bridgers, Feist and early-career Ingrid Michaelson, Kate Kelly is now exploring a more indie-folk, ambient sound. Her new track could be the artist’s most personal and vulnerable song to date.

"I wrote ‘Quiet as a Mouse’ several years ago as I explored feelings of abandonment after a breakup. It was an all-consuming emotion, one that I felt in my body and in the passing of time. This song became important to write as I learned how much of myself could be regained through being left alone. It is an exploration of being left, leaving, and saying goodbye. There is strength in our endings if we honor the pain" confides Kelly.

The singer-songwriter teamed up with New-Orleans based visual artist Virginia Walcott to create a simple yet powerful black and white music video that adds another layer to the meaning of the track.

"The pain of feeling detached or unwanted in the presence of someone who once felt like home can be paralyzing. For this reason, it seemed obvious to us that the video needed to first create feelings of discomfort, rawness, disillusionment, and fear. But the song doesn’t just address the difficulties of leaving and being left — it takes you on a journey through what it feels like to fall and then rise, embracing a new beginning. There is a turn at the end of the video that sheds light on the joy, freedom, and renewal that exists if you truly move through your pain. You can find that home is not just another person, place, or feeling — it’s also yourself" explains Virginia Walcott. 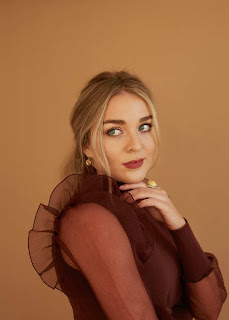 Sophie Morgan has announced new single Bar to Bar, which is out now and taken from her Marmalade EP out on 20th March.

Singer-songwriter Sophie Morgan has established a loyal following for her gloriously spellbinding alternative folk sound over the past few years, through the release of two EPs Sons & Daughters and Annie and stand-out tracks Above You and Hey Annie. Over the past year, Sophie has been refining her sound and her new 4-track EP Marmalade was produced at Urchin Studios in London with Matt Ingham (Laura Marling) and features co-writes with Benjamin Francis Leftwich and long-term collaborator Simon Jones (The Verve).

New single Bar to Bar follows recent release Marmalade and is an emotive track, which opens delicately before building to a gloriously upbeat chorus that showcases Sophie’s honeyed vocal perfectly. The track also features vocals from Archie Faulks, who co-wrote the track with Sophie. She says;

"Bar to Bar was the last song written for the EP, right before we were booked to begin recording. All the songs had already been decided but then this came around the corner and we couldn't ignore it. The song is reminiscing on being fourteen and beginning my musical adventures; meeting an older bartender, writing, recording, gigging across the town and falling in and out of love along the way. It was written with the wonderful Archie Faulks who lends his velvety voice to the recording and also stars in the music video."

Born and raised in Cheshire, 22-year-old Sophie began playing piano and songwriting at an early age, after being brought up on a musical education of Nick Drake and Van Morrison and later introduced to Joni Mitchell and Carole King. The influence of her father’s record collection led to recent covers of The Waterboy’s The Whole Of The Moon and The National’s Bloodbuzz Ohio, which is accompanied by a video inspired by the original. 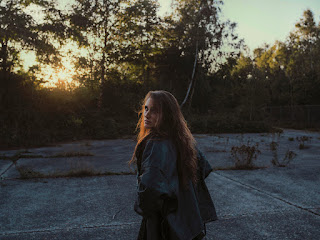 Lewin is the fresh musical leaf that has been turned by songwriter and musician Jara Holdert. ‘Sorrow’, the third single off Lewin’s upcoming debut album, is the most prophetic of all her tunes of goodbye. A song written while still in a relationship with her love, muse and producer Aaron Ahrends - In ‘Sorrow’ Lewin imagines exactly how her love might leave her; the small signs that point to a slow detachment, then the moving van in the parking lot, and the final scene where he’s gone, only the memory of him left.

Ironically, a year after she wrote the song, it happened exactly like she’d predicted. He moved away to Berlin without much of a warning, and it was a first step in the disintegration of their relationship. She had known it would hurt - in her lyrics, she pleaded to a personified Sorrow to try and be tender with her heart.

Half a year before the break-up, the track was recorded as one live take, to which some organ and backing vocals were added afterwards. It needed to be this way, organic and without a click-track, as Lewin lets her timing follow her story-telling, bringing her band into an emotional dynamic that slowly crescendoes to the refrain. As such, the recording captures the full arc of an musical journey and possesses the raw energy of a live performance.

Only much later did they discover that they had been filmed while playing; Aaron, the man himself, had started filming when they recorded the take. This makes for a very special document; an intimate insight into the recording process, the studio atmosphere and the focus of Lewin and her band around her. But, like in love, he disengaged before she did; Aaron puts the camera down while she’s still singing. We switch to images of a landscape flitting by; footage taken from the train to Berlin. 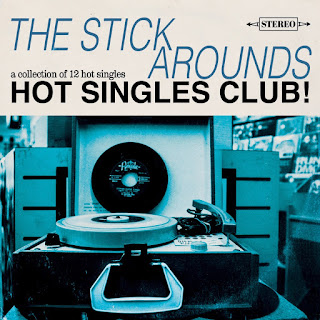 After the release of their sophomore album ‘Ways To Hang On', The Stick Arounds found themselves with a few extra songs, and some more ideas, not to mention a hankering to continue the recording process with which they had started to find their stride. So what did they do? A single a month for all of 2019, of course! Thus the Hot Singles Club was born.

Twelve months (and 12 songs) later (seven new tunes, three covers, and studio versions of two songs from the band's live debut LP 'Mystery Garage'), they found themselves with a collection that would make a nice little LP. The resulting album highlights the band’s penchant for melody, three part harmony and crunchy guitars. There are sonic nods to Teenage Fanclub, Sloan, Guided By Voices, Yo La Tengo and The Jayhawks, but with an authenticity that could only be The Stick Arounds.

In short, “Hot Singles Club” is a snapshot of a band at the top of their game that also provides a peek at the record collection that made them what they are today.