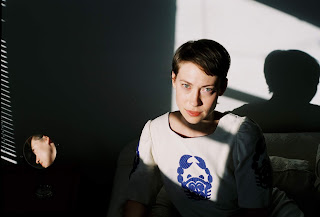 Anna Burch - If Your Dreaming  (Album).

When Anna Burch introduced herself on her 2018 debut Quit The Curse, it was with a concentrated wash of energetic, serotonin-boosting pop. Jangly guitars, blithe vocal harmonies and an occasional undercurrent of grungy fuzz all converged in seemingly straightforward songs that hid their complexities under sunny hooks. The impact of the songs was immediate and exciting, presenting narratives of confusion and upheaval with melodies so bright it was hard to do anything but smile. Two years later, Burch’s follow up If You’re Dreaming takes us down a different path than its predecessor, shedding some nervous energy in favor of a deeper exploration of an internal world.

After months on the road in support of Quit The Curse, Burch disappeared for a while. The long stretches of touring had been broken up by only a few weeks off here and there, and a month spent writing in Berlin between European dates. The time she did get to spend at home in Detroit was disrupted by several unexpected housing changes, adding to the transient feelings brought on by constant touring. When things finally stabilized, Burch encamped into a slow, thoughtful and intentional writing process for what would become the second album. Days were spent playing guitar, exploring unconventional chord changes, ruminating on song structures and allowing her subconscious to wander until lyrics materialized. Though about half of the songs were already written, this time was dedicated to taking a closer look at the loose ends of three years of ideas and seeing if there were common threads that held them together.

If You’re Dreaming was tracked with producer Sam Evian in his home studio in the Catskill mountains of upstate New York. Where the first album had been a rush of inspired songwriting followed by a drawn-out process of arrangement and mixing, Burch and Evian worked with self-imposed time limitations to establish a sharper focus and get to the core of the new songs. The work was swift but somehow more relaxed, locking into a groove of tracking the basic elements and then expanding on the arrangements with overdubs and auxiliary instrumentation. The end goal was to present not just an assortment of new songs, but craft an album that moved dynamically through an interconnected emotional arc.

With recurring themes of isolation, weariness and longing, these songs deliver that emotional arc with a delicate but uncompromising execution. Burch’s intrinsically catchy songwriting dials down the urgency of her debut a notch, taking a turn towards airy, jazz-voiced chords, floating reverb and an expansion of the sonic palate with unexpected instrumentation. The soft-rock bass grooves and understated saxophone lines of “Not So Bad” push an impressive pop structure into exciting new territory, and the sweetly melancholic “Tell Me What’s True” centers around muted electric piano, its languid but metered vibe recalling the gentler side of Carole King. 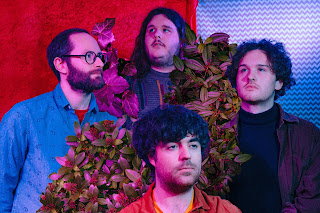 Having announced their debut album ‘Ready For The House’, out via Irish indie label Art For Blind for April 24th, Belfast quartet Junk Drawer are set to release the sprawling, opening tone-setter ‘What I’ve Learned / What I’m Learning’. Channelling the likes of Pavement, Thee Oh Sees and King Gizzard and the Lizard Wizard and more the four-piece veer between slacker-rock, post-punk, krautrock and swirling psych across their at time chaotic, at times sanguine sound.

‘What I’ve Learned / What I’m Learning’ is the one track on the album where both main lyricists, brothers Stevie and Jake Lennox, sing lead vocals - a primer for what's to come on the rest of the record, as Jake's lucid psychedelia combines with Stevie channelling a hysterical, sardonic 'state of the nation' internal address that comes in moments of emotional volatility.

The song also served as an important opportunity to open up on suppressed feelings with hitherto unexpressed candour: “It was the first time I wrote with a real purity of intent, allowing myself to let go of the irony, obfuscation and self-awareness that I felt obscured some of my previous writing, because of my complete loathing of heart-on-sleeve earnestness & sincerity. I was suffering from a lot of communication problems ,epilepsy and brain fog, and I didn't realise it until afterwards but it was an expulsion - as much of the album is”. 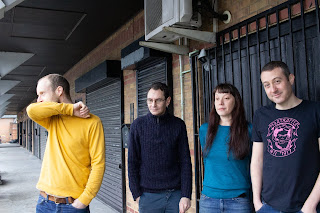 The Reverse - Kill Us All.

The Reverse are a North London band making a literate strand of indie-rock that encompasses 90’s alt, post-punk, alt-folk and a touch of the gothic, laced with quintessentially British style of delivering brutally caustic lyrics with a big slice of dark humour.

New single ‘Kill Us All’ is garage-blues guitar pop that recalls early 90’s purveyors of irreverent humour such as David Devant & His Spirit Wife and The Auteurs. In contrast to The Reverse’s last single ‘Crush My Chest With Your Hate’ which was an urgent post-punk assault on the UK’s growing anti immigration narrative, ‘Kill Us All’ takes a more minute look at human existence day-to-day. As frontman and observational lyricist Nathan Loughran explains: “‘Kill Us All’ contrasts the everyday and mundane in the lyrics "My head now hurts, I'm losing hope, breakfast's a pack of Wotsits and a can of Coke," with the stark recognition of our own mortality in the line "...and time will catch an kill us all." The song’s bass rolls, drums skip and the guitars sing to create a musical dissonance adding a juxtaposition to the darkly humorous lyrics.

‘Kill Us All’ is taken from The Reverse’s forthcoming album Which Way Out (24 April, Blang! Records). An album of both shade and light, the record moves from the occasionally vulnerable though to the outright visceral. Written about “both the personal and the political,” it includes songs that explore the vulnerability of falling in love and the fragility of the human existence through to the disturbing rise of the far-right with aim taken at The Sun, xenophobes, the Tories, Jeremy Kyle and everything in-between. All delivered with a sometimes snarling, often acerbic, and always unapologetically tongue-in-cheek style.

The Reverse have built up a live following by performing at festivals such as The Great Escape and supporting the likes of The Wave Pictures and Billy Bragg. In 2019 they performed at Standon Calling, signed a deal with Blang! Records and began sharing tracks from Which Way Out including ‘Nobody Likes You, Everybody Hates You’, ‘Nothing on Telly’ and ‘Abstract Heart.’ The latter single was one of Gary Crowley’s top songs of the year, leading to The Reverse recording a session for BBC Radio London, followed by a session for Dexter Bentley on Resonance FM. ‘Kill Us All’ is out as a digital single on 3 April, with The Reverse’s long player Which Way Out following on 24 April on Blang! Records (available on vinyl, cd and digital). 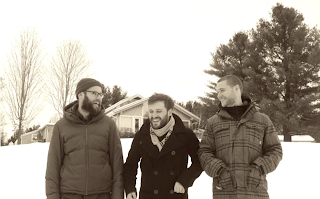 Songwriter Kaleb Hikele of the band shares: "Sign On The Road was written in one night, sitting on the piano bench as I watched a US election roll in. It's optimistic, uplifting and hopeful, with open ended lyrics that let you define your own meaning. Who knew we would need this song so badly in this isolated world we unexpectedly live in, the song is coming out just as my own city shuts down to quarantine and the irony of singing "I see this sign on the road" is heavy. I'm proud to give this song to those who need it the most today."Sign" is one of my favourite songs that I've carried with me on the road for many years now.

I've toured the song as a solo artist across the country and even recorded it as a demo with another band entirely called The Other Birds a while ago. It's taken so many years and experiences to finally sink in, to find the right place in time to be performed (with my current rock trio) and be recorded properly (live off the floor at a favourite studio of mine called The Chalet in Ontario). I'd been to The Chalet once ten years ago for my debut album and five years ago to record songs for "Winter", and I brought the same engineer from the Winter sessions to pay tribute to this past. Josh Bowman brought the perfect touch to this one studio day where we recorded all five songs live in a room together."

The Sun Harmonic is a solo folk act that grew into a rock and roll band and the main creative outlet for Canadian composer Kaleb Hikele since 2009. An eclectic songwriter and adventurous recording artist from Toronto's east end, raised in the small town of St.Thomas, Ontario. After a decade using his stage name, the artist was gratefully showcased by Canada's Walk of Fame in downtown Toronto and Festival Du Voyageur in Winnipeg 2020. Now a folk-rock trio, the group is ready to Rock and Roll more than ever.