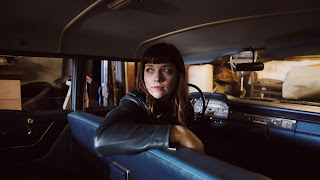 We are excited to share the second single, "Nashville" from NYC singer-songwriter Lesley Barth.  The county-tinged track reflects on finding self-actualization and is a celebration of country music through a neon cowboy lens.

Lesley's remarks on the "Nashville": I challenged myself to write 30 songs in 30 days to celebrate turning 30 (i.e. avoid thinking about turning 30), and this song came out of that.  I was still working at my corporate job at a tech company, and I ostensibly wrote this song about a guy my husband played with once, who had a great voice and presence and wrote good country tunes, but played in bars in New York City.

Of course, I realized later this song was about me and my feeling that I wasn’t where I was supposed to be.  I think we all have places, settings, jobs, that make us feel more or less comfortable in our own skin.  I’ve played this song in nearly every live solo set the past two years and it’s often a crowd favorite, so it’s exciting to share the full-band version.  I wanted it to have a bit of that neon cowboy camp, and I’m really happy with the unexpectedness of the production. 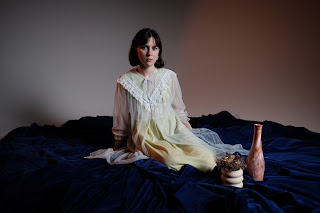 Grizzly Coast’s newest single, “Catch & Release,” explores how good it feels to be boundless in this world with nothing holding you back. Powerful guitars and a fun melody evoke feelings of joy.

Formerly performing as an acoustic singer-songwriter, Grizzly Coast wears her expansion into full-band territory well, having toured her powerful and effervescent live show throughout Ontario and Alberta, including opening slots for Fast Romantics, Begonia, and Exclaim! magazine’s Class of 2020. Grizzly Coast blends her trademark thoughtful lyricism with dreamy guitar rock sensibilities on her singles Forever, Half-Light Boy and High-Functioning, and is releasing her debut EP this spring. 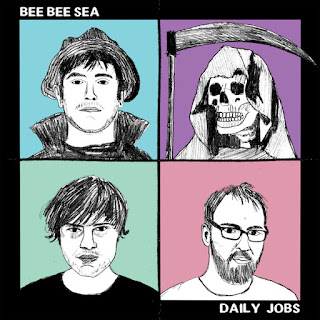 'Daily Jobs' is the opening track of the new album, and it encapsulates its sound and themes in the space of just over 3 minutes. Frenzied riffs, sharp tempo shifts, melodic choruses, euphoric singalongs: they are all in there representing life's manic ups and downs and the all-consuming thirst for hope, release and escapism. "The prospect of having a shitty job for the rest of our lives can be suffocating. This song, and the album as a whole, are basically the summary of our lives in the last couple of years, split between working in a factory during the day and playing our music at night. Night is a dream and a day... Day Ripper!".

Hailing from Castel Goffredo in Lombardy, Italy, Bee Bee Sea formed in 2013 and have since released two albums: the self-titled debut in 2015 and 'Sonic Boomerang' in 2017. They have been consistently touring in Europe, the UK and the US, supporting the likes of Thee Oh Sees, Black Lips and Idles. 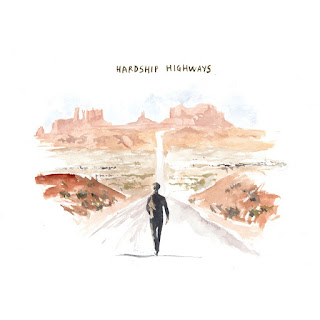 Texan born and LA based singer/songwriter/guitarist Rett Smith shares the second single,  “Hardship Highways,” from his upcoming album Giving Up On Quitting. The album will be released on May 22nd via Imperial/Republic. The track follows Smith’s debut single Better Day which was recently featured by  American Songwriter. Both tracks are available now on fine digital platforms everywhere.

Between the guitar chops and old soul lyricism, Rett Smith’s work gives the impression that Smith has been a musician his whole life. In fact, he only discovered his talent for playing music after walking away from his successful career as an internationally competing downhill skier.

Though Smith is no longer a professional athlete, that same intense drive and focus that allowed him to flourish as an athlete is what pushes him as a musician. Even with the undeniably raw tone of his songs, Smith insists that making music is something that fills him with gratitude and joy.  Smith says, “I feel an undying need to create, to translate my most extreme feelings and emotions through song...” His love for writing songs while also using it as a therapeutic outlet is what keeps pushing him forward.

The new single “Hardship Highways” is likely the best example on the album of Smith turning the bumpy road of life into a sonically rich song. The track is a tale of a life lived on the edge as Smith recounts bad choices and mistakes fueled by drugs and alcohol. He isn’t looking for redemption or pity; he is simply sharing his life with the listener knowing that somebody out there has likely been down the same road.

“That's one of the most literal songs on the record because it's just hanging on those truths. Things get better but I don't get better. It's floating through scenarios that happened - everything in that song is true,” he says, adding that lingering beneath the pain and sadness of the narrative is a sense of optimism. “I want things to get better and I don't want to live in this space of just being miserable.” Dealing with these issues and fighting to get better is a recurring theme across the songs on Giving Up On Quitting.