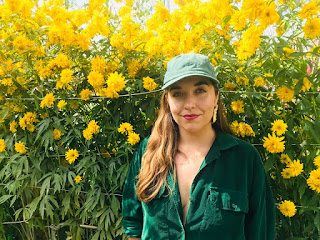 Somewhere in the land of uninhibited love and playful sins, Meggie Lennon is both the game and the rule that begs to be broken, crafting her songs through spirals of unrepentant escapism.

Following the release of GAMIQ nominated EP Endless Dreams and Dreamlike Mornings in 2017, under the name Abrdeen, the singer-songwriter wasted no time making a name for herself, taking her music across the province alongside well-established acts such as Good Morning, The Dears, Julie Doiron, Sugar Candy Mountain and Laura Sauvage.

Now working under her own name, Lennon teamed up with producers Samuel Gemme (Corridor, Anemone) and Jules Henry to work on her new release Sounds From Your Lips, which is due in 2020.

An original take on modern music where dream pop and make-out psych rock become the soundtrack to whatever comes next. 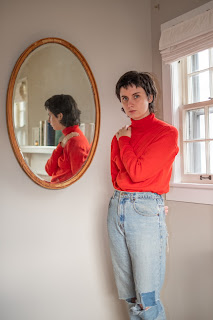 "Tap Twice is about the formation of unspoken agreements in a new relationship, the process of silently negotiating with someone what you might mean to each other, and what happens when negotiation turns into an arm wrestling match over how much you’re willing to reveal. About the weird rapport that develops as you’re circling each other this way (unless it’s all in your head?), triangulating data from small gestures and two-word texts, analyzing the face smiling at you from a profile picture, reading into the murky details of an internet persona. It’s about sooner or later accepting all this as part of the territory--learning to live in that spooky interpretive space with someone, respecting it as a part of the deal you’ve struck up."

Katy Kirby is a songwriter and indie rock practitioner with a writers focus on unspoken rules, misunderstandings of all kinds, and boredom.

Kirby was born, raised, and home schooled by two ex-cheerleaders in small-town Texas, where she started singing in church amidst the soaring, pasteurized-pop choruses of evangelical worship services. After high school, Kirby moved to Nashville, where she managed to graduate college with a rapidly expanding circle of artistic allies, an amorphous collection of leftist beliefs, and a few handfuls of songs.

After a series of painful failures to complete a record that reflected the temperament of those songs, Kirby finally turned to dear friends and co-conspirators to form a band capable of constructing a satisfying full length.