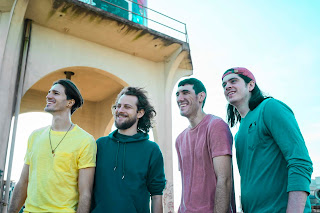 New Orleans band, Mighty Brother, has released their music video “Summer Road” - the second installment of their upcoming double album (The Rabbit. The Owl.), releasing on June 29th. The music video follows the band’s 2019 ‘Summer Road Tour’ across the country, from New Orleans to Denver, onward through Chicago and down the East Coast and captures the ‘simple fortunes’ of the open road, juxtaposing the camaraderie and friendships forged with the demands of touring. The music itself captures the band's genre-bending sound of contemporary Folk Americana mixed with upbeat funk elements and instrumentation. “Summer Road” beautifully encapsulates those innumerable hours of reflection one might find gazing out the window on any long drive, the mind caught somewhere between going and finding, and leaving and lost.

Mighty Brother’s upcoming third album, The Rabbit. The Owl., is a prime showcase of the band’s unique musical flair and serves as an introspective look into Mighty Brother’s exploration of sound, concepts, and ideas. Exploring the emergent theme of duality in the band’s writing, many of the songs pose different perspectives to the same questions. Traversing concepts of introversion/extroversion, light/dark, day/night, spontaneity/meticulous calculation, action/reflection, and the colloquial/poetic, Mighty Brother ultimately challenges the listener to simultaneously both reflect on and look introspectively into one’s own conscience to understand the duality of intent and impact.

Musically, The Rabbit. The Owl. poses two different versions of the band with soundscapes balancing between folk/funk and experimental adventures into new sonic territory. The first half, The Rabbit., is the folk/funk influenced half of the double album, exploring familiar classic rock styles with a tip of the hat to St. Paul & The Broken Bones, Avett Brothers, Decemberists, Rosebuds, Bob Dylan, Marcus Fetch, Nathaniel Rateliff & The Night Sweats, Fleet Foxes, Beck, and many more. Described as a “fun summer, day-drive album” The Rabbit. showcases the band’s musical roots and ingenuity that has allowed them to evolve. The Owl. is a sonic adventure into new territory exploring the less conventional, boasting subtle arrangement choices, and thoughtfully approaching poetic content. The Owl. is the more cinematic and patient member of the pair nodding to influences like Alabama Shakes, Pink Floyd, Feist, Bon Iver, Grizzly Bear, Alt-J, Radiohead, and Black Keys, among others. 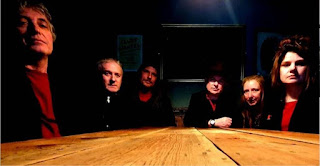 Since writing the last Sergeant Buzfuz album, 2015's "Balloons For Thin Linda", songwriter Joe Murphy has lost both parents, got married, been a victim of a smear campaign (as a whistleblowing union rep), co-founded charity QQF (a theatre company for adults with special needs) and relocated to his native Sheffield.  Joe has also continued to co-run Blang, the DIT* label he started in 2005 (including working on the first album from ex-Fall members Brix & The Extricated) and has worked part-time in special needs schools in London and Sheffield to fund the recording of "Fox Pop".

"Balloons For Thin Linda" received positive press but life events got in the way of much live promotion. The band recruited Joss on bass, Stu on slide guitar and Polly on backing vocals and released the "Humble Pie" EP in 2017. The debut album from the new line-up is finally here. It's the seventh Buzfuz album. It's got tunes bursting out all over the place, lyrics from the head, heart and fist and is rich in variety with two-minute pop songs, ballads, post-punk, freakbeat and strands of the band's Celtic DNA.

Opening track ‘There’s Idiots, Then There’s Idiots With Money’ “is about me imagining I'm attending one of those Mansion House dinners where the Chancellor gets summoned to report to the City.” Says Joe. It’s a stomping working class anthem that quickly gets under the skin with intricately woven shuffling guitars and percussion that make way for a psychedelic flute solo. Second track ‘Theresa McKee’ is a refreshing lively blast of pop peppered with mandolin and acoustic guitar, showing off the band’s more folky roots with finesse.

Other album highlights include ‘Who Art In Seven Hills’, a clever and humorous re-work of The Lord’s Prayer replacing names and places with those of Joe’s native Sheffield (a la Ian Dury's Bus Driver's Prayer). The interlude makes way for the jollity off-kilter harmonies of quirky ‘Rare & Racy’, a busker-esque jam about a second hand record/book shop in Sheffield which had to close when the Council, having to obey new Tory Government planning laws, approved the property owner's plans to turn the building into flats.

‘Fill In The Blanks’ and ‘Rear View Mirror’ are other great moments of raw and instantly familiar catchy classic punk on this album which celebrates real lives and real musicianship through the band’s own unique lens. The album, with its Squeeze & Kinks like anti-folk chant singalongs and storytelling is a perfectly crafted antidote to chart pop, Brexit and the current state of the world. It’s fun and meaningful and a constantly surprising delight from this band who are well sewn into the fabric of the UK music scene.

Buzfuz have played three live 6 Music sessions for Marc Riley and Tom Robinson and had lots of radio support from Gideon Coe as well as press acclaim across the board including from the likes of NME who described them as ‘Universally Charming’. 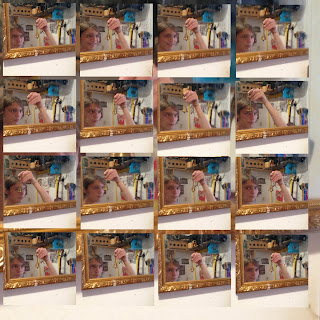 The Cradle (feat: Lily Konigsberg) - One To Many Times.

The Cradle--the solo project of singer-songwriter and multi-instrumentalist Paco Cathcart (Big Neck Police, Eyes of Love, Shimmer)--today announced his upcoming 21-track album, Laughing In My Sleep, will release August 21st, 2020 via NNA Tapes. Along with the announcement, Cathcart has shared the album's lead single, "One Too Many Times," featuring Lily Konigsberg (of Palberta) on backing vocals. “It’s a lament about miscommunication, and the difficulties of being vulnerable and clear with one another,” Cathcart explains, “It’s about feeling desperately apart from the “vanguard,” that is, those who are fearless and true with their language, politically and personally.”

I recorded this album two years ago, Spring 2018, meaning the songs really come out of experiences in 2017 and early ‘18, which was a dense time with some healthy personal upheaval and a lot of traveling. April ’17’s month long Megabus/Greyhound tour was particularly formative, and found me falling in love with the idea that I could do a successful solo tour without a car, and with the act itself of traveling around the States by bus and all that entails (the song “Society of Men” came directly out of a greyhound bus riding experience from that tour).

In September we got pushed out of our house on Prospect Place in Crown Heights where we’d been consistently putting on shows for three years (we called it “Bottom Bell”, and the song by that title on this album is from a voice memo recorded in the living room), and where a ton of music was written, practiced, and/or recorded, specifically every Cradle album from “Basketball is Beautiful” through “Bag of Holding”. 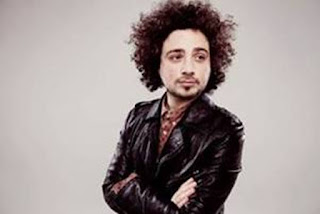 Adam Waldmann, saxophonist, composer and Kairos4tet frontman releases his first piece of music in seven years, a deeply moving ode to his grandmother who would have celebrated her 100th birthday this month. A “beacon of love and optimism”, her motto was “tomorrow may be a better day”. Scheduled for release later in the year, Waldmann decided to share the song, and his grandmother’s incredible story, today, saying “in these uncertain times, now feels the right time”. 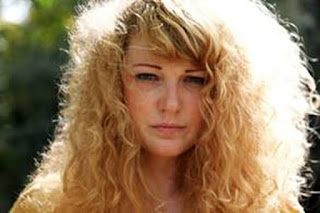 Accompanied by a beautifully-shot, in-studio video, the folk-inflected jazzy ballad features the pure and intimate voice of Emilia Mårtensson framed beautifully by Waldmann’s delicate sax, which, through the use of electronics creates a droney sound underscoring the songs contemplative mood.

Waldmann, reflects: “On May 26th, my grandmother Rena Young would have turned 100 years old. I often think of her, particularly during challenging periods. I know whatever I may be experiencing cannot possibly compare to what she and many other victims of illness, war, prejudice and displacement had and have to endure.

Fleeing Nazi invaded Poland only to find herself in Stalin occupied Poland, Rena, along with many other refugees, was sent to a work camp in Siberia where she was given the task of making bricks. This perhaps was the beginnings of her becoming a sculptor in later life. After a harrowing few years she was able to leave Siberia with General Anders Army-in-exile after Germany declared war on Russia. This took her on another epic journey through Russia, the Caspian Sea, Persia, Beirut and eventually to a resettlement camp near Brighton where my father spent his first years. He sometimes speaks about the corrugated iron hut they called home.

When Rena passed away in 2017 after a long and full life of caring for others, she had been suffering from dementia for many years. One of the cruellest of illnesses. Despite all the hardships she experienced, Rena remained a beacon of love and optimism, which was best encapsulated in her well-known catchphrase “tomorrow may be a better day”.

Like most of us, I’ve been left heartbroken seeing recent events unfold around the world. The loss of loved ones in devastating numbers and the actions of some governments has been hard to process. Human lives reduced to mere statistics. At the same time, I am deeply inspired and full of gratitude for all the brave people on the front-line saving lives and keeping society functioning. With all that in mind, I’d like to share this song written in Rena’s memory. It was due for release later in the year on a new album but now felt like the right time.

It’s called ‘The Body Keeps the Score’, the title of the brilliant book about trauma by Bessell van der Kolk. I hope this song in some small way can speak to the spirit of communion and unity needed to see us through this time, and that it honours Rena’s story. It is dedicated to her and the many others who weren’t able to say goodbye. May tomorrow be a better day”.