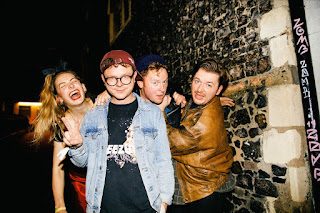 Manningtree punk-pop fourpiece SuperGlu have shared the video for their recent single Soil, which is out now alongside an exclusive vinyl only release on Flying Vinyl. Following the band’s triumphant return last year with single Forever Endeavour, which formed a new beginning for the band and reminded us what we’ve been missing following their two-year hiatus, Soil marks a thoughtful and ambitious return.

Funded by the PRS Foundation Open Fund for Music Creators, the track was exclusively released on vinyl via Flying Vinyl on 24th April and was released digitally earlier this month through the band's imprint Don't Try, in conjunction with Antigen Records. Soil is a song about escapism and bravery delivered emotively and with a dose of tongue-in-cheek wit, in true unique SuperGlu style. The animated video, created by Studio Goblin, is a captivating watch and intently illustrates the meaning of the song. They say;

“We kinda let the guys at Studio Goblin create what they wanted to - it was important to us that they had the chance to interpret the song and come up with their own ideas. Everyone hears, sees and experiences the world in a different way, so why not celebrate that.”

SuperGlu released their debut EP Horse in 2016 and Communion released single Welcome Home/Rounder in 2017 and have since built an avid following for their vigorous punk-pop sound, with support from Huw Stephens and Annie Mac at BBC Radio 1, Steve Lamacq at BBC 6Music, John Kennedy at Radio X and BBC Introducing.

Their reputation as one of the UK’s best live acts has built them an impressive resume, which includes numerous shows at SXSW, support slots with Twin Atlantic and The Stranglers and a headline show on the BBC Introducing Stage at Reading and Leeds festival. The band performed a full UK tour in Autumn 2019 and their live show is one not to be missed. 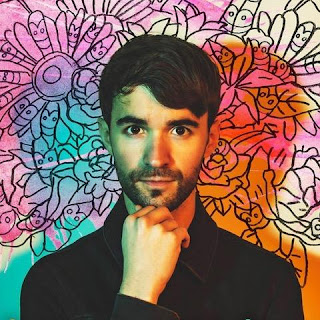 Gizmo Varillas has revealed a video to go with his latest single ‘Born Again’.  A beat laden crescendo of a track featuring dueling guitars that blasts off with a message of renewal and better days ahead.

In the last 12 months Gizmo has received plays from Lauren Laverne, Huw Stephens, Jo Whiley, Chris Hawkins, Tom Robinson, Gary Crowley, and Shell Zenner across BBC Radio 2, 6Music, BBC London, BBC Wales, and Amazing Radio, and picked up over 30 million streams.  He will release his third album ‘Out Of The Darkness’ on June 5th.

In the run up to the release of his third album, Gizmo Varillas teases us with ‘Born Again’. A beat laden crescendo of a track featuring dueling funk and reggae guitars that blasts off with a message of renewal and better days ahead.

In his own words, ‘Born Again is about personal transformation, changing from within and giving yourself the chance to start over. Even if we reach our lowest point, we can always rise up again. And in many ways, it’s about never giving up and empowering yourself to go on.’

Featured in the BBC’s brand-new series Alabama, Born Again follows on from the incredible success of Tony Allen featuring single ‘Saving Grace’ and ‘Love Over Everything’ both of which were played across radio networks from LA to Athens and saw him cross the 30 Million Streams landmark. With more new music coming very soon, Gizmo resonates as a most unique of solo acts with a timely message that will resonate with many. 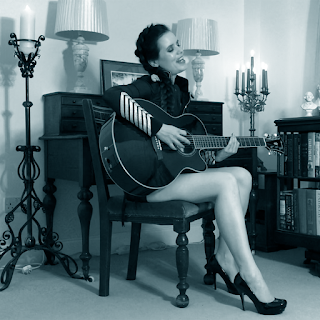 The Commander In Chief - Non Si Sa Mai / The Manager.

The Commander In Chief is about to release “Berit - Vol.2” in just a few weeks, which will be the second of the four albums in the series. She just released the 2nd single and music video from it; “The Manager,” a very humorous song, filled with catchy hooks, a great guitar solo and lots of irony about how it is for an artist to record music, while cooperating with a manager who always wants to add changes.

The first single and video from the album was the stunningly beautiful and catchy song Non Si Sa Mai - written in Italian - as a tribute to the many happy childhood years she spent in Verona, Italy, as an expat.

As an independent/unsigned artist, this 7 string guitar virtuoso, singer, songwriter and pianist smashed her way onto the heavy metal scene, getting universal acclaim as “1 of 10 modern guitar gods,” by major magazines, before successfully crossing over to classical music; with a #1 album on Amazon and viral music videos. She was the first guitarist ever to record some of the most challenging pieces written for violin virtuosos, on guitar. Her guitar duel version of Sarasate’s “Zigeunerweisen Op.20” went viral immediately and it has been featured on TV stations in several countries and in a movie.

The release of “Berit - Vol.2” has been postponed until June 2020, due to unforeseen delays caused by the Corona virus, when it comes to both the recording process, the CD manufacturer and the digital distributor. Due to the virus lockdown, The Chief had to be creative when it comes to recording vocals, since she did not have access to her usual recording location. The walk in wardrobe turned out to be a perfect vocal booth.

It is hard to find a more humble and down to earth artist than her, and her work ethics and drive to push herself is well known. With her upcoming album she also shows the world her great sense of (very dark) humour and well developed self irony, and that she is willing to aim her deadly, verbal missiles at wrongdoers again. While she attacked big corporations, intrusive government, mad scientists and corruption in her earlier recordings, it is way more personal this time, as she fires back at the neighbour-from-hell, the over-eager immigration officer who sent her back to Norway(!) and others in “Berit - Vol.2".

Born in Norway, The Chief and her family emigrated to Italy when she was 6 years old. She was raised in Verona, before moving to France, USA (3 different states) and England. She and her family have swapped the big city life of London and Chicago with the quiet and inspiring hills and greens of the Cotswolds, where they have lived for more than 4 years. 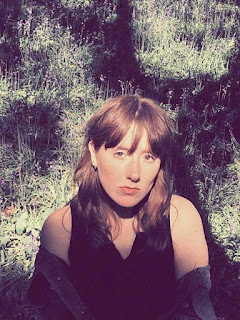 Parisian artist based in London, for the past few years DAYLA has travelled between the two cities working on what would become her first EP with producer and long-term friend NBO TOWN. Her thoughtful lyrics, delivered with deep, ringing vocals, invite us into her dreamspace. She finds inspiration in the maelstrom of life and the vulnerability that its turbulence exposes. Using abstract and undulating imagery, she transports you into her own unbounded world. Intimate, honest and affective, her music is flavoured with minimalist electronic sounds and soulful vocals.

After releasing her debut single “Closer” in 2019, winning the praise of The Times, Earmilk and Clash magazine, DAYLA returns with “Lighthouse”, a more personal track depicting the journey to overcome life’s struggles.

"Lighthouse is not a classic pop song: it tells a story,” says DAYLA. I wrote it when I was struggling to get along with a loved one,” she explains. "The idea was to bring love, ‘the light’ of the lighthouse, to people who aren’t ok, who might be negative and hard to deal with. Through time, it became the song that gave me hope when my mom was dying then helped me through the grieving process. I hope this song will help someone during this difficult time we're all facing. "It’s alright" to feel all the things you’re feeling. "It’s alright,'" she adds.

For her new visuals, DAYLA has been working with her friends at CY Collaboration. "The video shoot was done in one day with no budget: we only had a green screen, a DV camera and the natural light," she says. "The aim was to do something spontaneous and raw, to see what we could come up with. Just to be in the moment without caring too much about the technical side of things or our budget but simply creating. It’s a real struggle as a musician to get all the assets for a song done with little to no money, so this experience was very freeing for me. The team at CY Collaboration was very easy to work with and came up with very cool ideas," she adds. 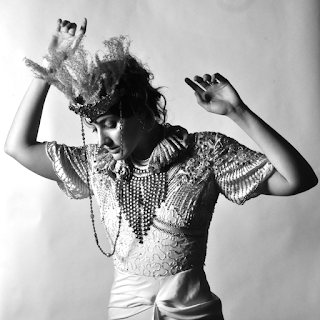 Over the last couple of years, Buckle has realised that in order to create an authentic narrative and preserve her unique creative style, she had to make her own music. She confides, “I am a naturally shy person and sometimes find it hard to be myself in front of other people, but music has really helped me connect to my true self. I feel like the songs I write come straight from my inner dialogue and they are a true expression of who I am”. She writes and performs with her husband, musician Nick Burns, who also produces her music.

Her latest single “Ghost” details the heart-wrenching experience that Buckle and her English husband Nick endured during their fight to renew her visa after their marriage. Despite her specific experience, Ghost is a universal song of love, loss, commitment and pain of feeling utterly helpless. “Ghost” was written over Skype between her and her newly-wed husband, as they were kept apart for nearly two years. It was a time in their lives when normality was turned upside down, and they were put in limbo.

Developing an immeasurable sense of depression due to the separation, the couple couldn’t plan for any future and during this time had no end date to look forward to together. It was in this difficult time, Buckle and Nick wrote “Ghost”. The song acted as not only a healing mechanism, for their pain and loss; but allowed them to move forward together - with something beautiful that they had created during their separation. Sonically, “Ghost” builds from delicate, sweeping soundscapes into a dramatically haunting release, soaring with atmospheric harmonies and organic instrumentation.