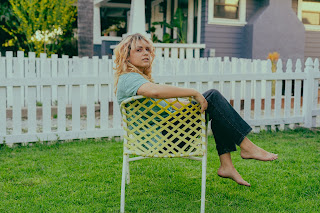 All Things Blue - Dicking Around.

Dream-punk band All Things Blue have announced their debut album Get Bit will be released 2nd October. Along with the album announcement, the LA-based outfit led by frontwoman India Coombs (or simply, Blue) and collaborator Jon Joseph, are releasing new single "Dicking Around".

All Things Blue traverse genres and sounds. One moment flirting with abrasive garage-punk, the next soaring psych-pop; debut album Get Bit finds the band weaving between the spirited psychedelia of Melody’s Echo Chamber, the timeless proto-punk of Patti Smith and the exhilarating alt-pop of St Vincent.

New single "Dicking Around" looks darkly inward as an all-too-casual narrator contemplates acting on their worst impulses. Sonically toying with the paisley underground sound of the 1980's but with a distinctly modern flair; "Dicking Around" utilises an expansive array of swirling guitars, psychedelic electronic flourishes and a potent rhythm section. Speaking on the new single, India Coombs said: "The phenomenon Edgar Allen Poe once coined 'the imp of the perverse' rang true to me as a strong parallel of the tone in Dicking Around. The mind can be surprising without what feels like the ability to help it. I wrote this as a wrap for thoughts of acting on my own worst impulses despite recognising they’re naughty hehe."

New single "Dicking Around" follows the previously released cut "Chad", and are both lifted from All Things Blue’s forthcoming debut full length album Get Bit, which will be self-released by the band on October 2nd. Covering everything from pensive love songs to directly addressing social issues and political ironies; India herself compares the album to Gabriel Garcia Márquez’s ever-relevant novel Love In The Time of Cholera. Indeed, the the band's new material promises love, however ethereal it may seem, at the end of a very dark tunnel, if not somewhere along the way.

India and Jon originally met in LA at the age of 18, having both independently moved to the city; Coombs driving across the country in her broken down pickup truck from Philadelphia, and Jon hailing from further south in California. The pair wasted no time becoming friends and firing out an eclectic assortment of demos. They did so namelessly for some time, but eventually settled on "All Things Blue”. The name itself was coined by India's late mother, who, when India was having trouble getting by in the rough and overpriced world that is Los Angeles, told her that she was just feeling blue and sometimes all things are blue for a bit but they'll get better. 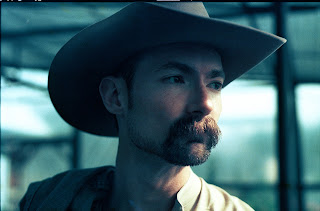 Garrett Owen, is a Texas troubadour who is pushing the boundaries of indie-folk with his forthcoming LP Quiet Lives, due out Sept. 18th. The album's lead single, "These Modern Times," is out today Friday, July 3rd.

Garrett's got an interesting perspective from which he views the world and writes his songs; raised in Africa by parents who were missionaries, Garrett's landscape teemed with the kinds of wild animals we have to pay admission to see.

When the family transitioned back to the States, Garrett struggled to fit into a culture he couldn't understand, which led to pain, confusion, and an attempt to take his own life. Now, he's strong and ready to share this collection of songs, his observations on the culture, with the world. 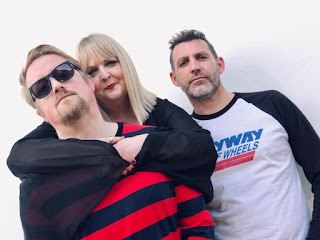 Oxford’s Jody and the Jerms return with not just one but two fiendishly catchy new tracks ahead of their much-anticipated debut album. With added support from Spanish radio giant RTVE and BBC Introducing, ‘Deeper’ and ‘I Knew a Boy’ are the crystallised indie-pop tunes which are just what the doctor ordered for your post-lockdown shindigs.

It’s difficult to believe that this time last year, Jody had never sung in front of anyone. Now with a band assembled around her, comprising former members of the band The Anydays, and who played with Radiohead and Supergrass in the 90s, hit the pages of the NME in it's heyday and gaining airplay on Mark Radcliffe’s show on BBC Radio 2, Jody is ready to take on the world!

Jody & the Jerms’ sound harks back to those untouchable days indie music enjoyed in the 90s, possessing seemingly effortlessness melodies and choruses which embed themselves in your head for days. If you detect an influence for some of the breakout bands from the power pop movement of the late 70s and 80s, you might be onto something, checkout their recent cover of The Only Ones ‘Another Girl, Another Planet’!

Lockdown has proved a fruitful time for Jody & the Jerms, not only seeing them sign a vinyl distribution deal but also recording a full album’s worth of tracks…as well as the cover version! The benefits of guitarist Niall Jeger being the husband of singer Jody certainly ensured work never stopped! With their ranks swelled from three (alongside drummer, Alex Bridge) to six to allow for a full tour of the UK and Spain in the New Year, Jody and the Jerms are a well-oiled machine and this summer looks set have their songs imprinted in the musical minds of audiences everywhere.