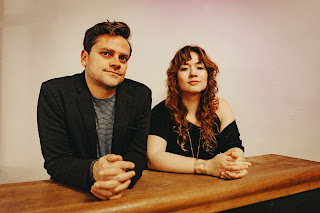 The Sea The Sea - Fall Before The Climb.

Frequently lauded for their otherworldly vocal harmonies, heart-piercing lyrics, and unconventional song arrangements, The Sea The Sea – comprised of Chuck and Mira Costa - continue to make waves in the music industry.

“This song feels like a song we needed to hear when we wrote it,” shares Mira Costa.

“ It can be surprisingly easy as writers to forget that sometimes—that you can write a song you need to hear. Most of our songs tend to have a positive spin on things—I think that’s just the way we are drawn to see things—and this song feels to us, like what it feels like to dig yourself out of a difficult moment. To feel the weight of something lift. To understand something in a way that brings everything else into focus. To embrace the parts of life that are a struggle as part of the human condition — to lean in — find the beauty there, and let it be something that ultimately allows you to evolve.

Having recently signed with AntiFragile Music, The Sea and Sea is eager to release their new album, Stumbling Home, which officially drops on August 28.

“Fall Before The Climb” follows previous album singles, “Parachute” and “A Thousand Years.”

“This new album is the work we are most proud of to date,” shares Mira. “We are proud of the way we grew the arrangements in our new creative space. Making music fills us, and we also believe that it matters in the world. Our mission statement as a band is to remind people they aren’t alone — in their pains or their joys, and everything in-between.” 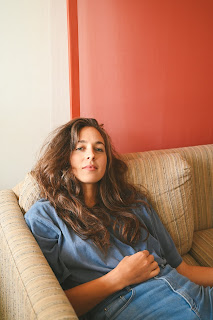 Jenny states - “I want this song to remind us all that we are broken to be formed. That there is hope. Perhaps that is wholly unseen at the moment, but I pray that in some way, the pieces we embody, would reflect the wholeness we hope for.”

Jenny Banai is an old soul and a child of the nineties, and as such, has inherited both the contemplative wonder and the wardrobe of her parents. She is a fresh and authentic voice who pairs powerhouse vocal abilities with unique and clever pop arrangements and whose live show commands attention.

Often garnering comparison to vocalists such as Feist and Jeff Buckley, Jenny Banai’s creative influences range from Andy Shauf to Patrick Watson to The Cranberries. Armed with classical training on both voice and violin, Jenny performs live on electric guitar and brings a unique vision to the creation of powerful progressive pop music.

Following her self-released debut album, Flowering Head (2015), Jenny independently undertook several Canadian tours, collaborated on the documentary Where We Come Home, and early in 2017, her song Boars was featured on the TV and web series The Drive. In 2018, Jenny received Fraser Valley Music Awards, “Folk Artist of The Year”. 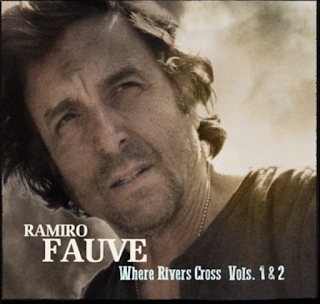 Ramiro Fauve - I Give You All I Have.

Multifaceted artist Ramiro Fauve has released his first single, “I Give You All I Have”.  The new track is the first release off Ramiro Fauve’s twenty-six track double album, Where Rivers Cross Vols. 1 & 2, out on OCTOBER 6TH, 2020. The album seamlessly fuses his traditional country roots with a modern contemporary spin, tapping into Fauve’s musical inspirations as well as his vulnerable side.

With the help of LA-based composer Sam Glaser, Ramiro Fauve reminds listeners to give love their all, despite past experiences and broken hearts. Featuring poetic lyrics and familiar sounds of Bluegrass through guitar and drum, “I Give You All I Have” is an ode to those who feel petrified in the face of love. Ramiro Fauve sings that for the sake of your heart, you have to take a chance in love; you have to “lay it on the line.”

Son of the award-winning folk singer/songwriter Suni Paz (Smithsonian Folkways artist, NEA National Heritage Fellowship Award, CMN Magic Penny Award), Fauve sees himself simply as a storyteller. He is also known for his creative direction in the unique 1920’s themed lounge, The Edison, as well as in the renovation of the historic cafe, Clifton’s in Downtown, Los Angeles. Fauve has painted countless mega-murals such as the “LA Marathon Year 2026” mural and album cover “Tupac Starry Night”, for Tupac Shakur's commemorative album, “R U Still Down?".

Follow Ramiro Fauve on social media for exclusives and updates on his new double album, Where Rivers Cross Vols. 1 & 2, on  October 6th, 2020.