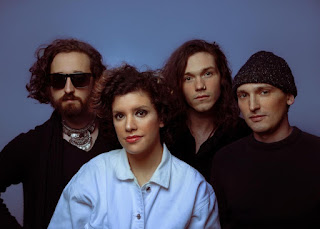 Lauren Records is excited to announce that they have signed Seattle's Antonioni, and unveiled a new single from the band. “Mary Bell” was written while Sarah Pasillas from the band was processing a friend committing an unthinkably violent and inhuman act. What could cause someone to do something so evil? Could that same evil reside in me?

"Mary Bell" is a brash yet melodic song with a dark underbelly. "I wrote this song after watching a couple True Crime Youtube videos about young girls who became murderers. I was drawn to this topic in particular as one of my best friends murdered someone a couple years ago-- an incident that was so traumatizing and close to my heart that I can’t help but explore the grief time and time again through songwriting." says Pasillas of the inspiration behind Antonioni's new single.

"I felt so heart attacked" Pasillas' somber voice rises above the fuzzy clatter, reminding you of melancholy within the song.

"I also like songs that decide to take on traumatic stories (like Polly by Nirvana and John Wayne Gacy Jr. by Sufjan Stevens), as a way to discuss and ask questions like, “how close am I to evil?” No question is more pertinent, right? To face the evil inside yourself and try to recognize it in all its forms" Sarah Pasillas says of the dark subject matter of the song.

Antonioni has been steadily rising within the Seattle indie rock and DIY scene over the past four years. They’ve put out two EPs and a handful of self-produced music videos. Their work has garnered praise from outlets like KEXP and NPR who wrote that their music “sounds and feels like a fuzzy '90s flashback fever dream.” 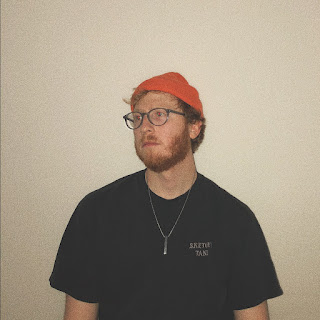 US producer Max Fry follows up Majestic Casual released "Passage" with another poignant new offering in "Take It Slow". A collaboration with Canadian artist Lhasa Petik, the new single boasts a catchy vocal melody which floats over ukulele chords, until heavy 808s make an entry which perfectly juxtaposes the delicate plucking of the intro.

"Take It Slow" may seem like a plea to a lover upon first listen. However, it is actually a dialogue between Lhasa’s current and former self, following a whirlwind year of loving and letting go. It describes her thought process while letting go of a relationship that she struggled to move on from; “you were looking for a way out, I made you take the long route.”

“Oh I hope that you take it slow, so that if you crash, you’ll still come back home to me” is a plea to herself to ensure that she won't let herself get to that broken place again; so that she always has enough energy to get home.

Max elaborates on the creation process: After hearing Lhasa's most recent project "Outside / Dreaming", I knew I wanted to work with her. Lhasa sent over the original idea for the song - knew we had created something special after combining Lhasa's vocals and ukulele riffs with my drums, backing vocals, and electric guitar. 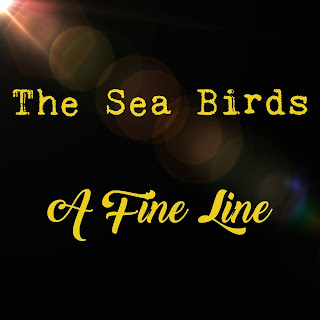 The Sea Birds - A Fine Line.

The latest single from The Sea Birds, A Fine Line, tosses and turns through a broken heart. Written with three contributing songwriters and vocalists, Mike and Loic, take the lead on this single. There is a deep fragility and unwavering honesty lyrically, complimented by a blossoming instrumental section.

The Sea Birds have worked from Headstone Records home base, Studio One.Be, for the past several years. Headstone founder, Dave Warner mixed the latest single and upcoming album, mastering done by Cameron Mitchell. It's an absolute pleasure to be releasing the work from some of the hardest working and most supportive musicians in Melbourne.

The Sea Birds were formed in 2014 in Melbourne, Australia. The band's sound pays homage to classic influences from rock's early 1970's singer-songwriter phase, as well as echoes of the uniquely Australian 1980's east coast music scene. The result is a contemporary take celebrating the best elements of these two great musical eras.

In 2017, The Sea Birds released their debut album "Blue or Grey", recorded at Studio One.Be and Atlantis Sound. Produced by David McCluney with contributions from Greg Arnold, Bruce Haymes, and Georgia Fields. The band has been performing live and developing their upcoming album "Problems of a Different Kind" since their last release. 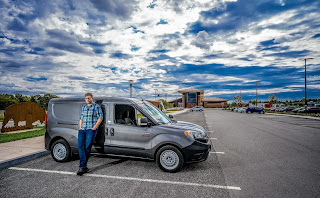 The new single from Brendan & the Strangest Ways pours another round of whiskey for the broken, bruised, but never down-and-out independent musicians living with the frustration of everyday economic obstacles. “Turn Your Luck” combines a string-plucking melody with a foot-stomping backbeat to tell the dust-tinged story of a touring musician’s lament. The single is out August 10 and is off the upcoming album Are We Sure The Dawn Is Coming? out September 4.

Shea goes into his inspiration, explaining, ”This song is my evaluation of whether or not I still believed in what I was doing after years of trying and traveling a whole lot of miles to get absolutely nowhere.” Musically, the lyrics echo this uncertainty, saying “A dozen years of overhead, not sure how wisely spent / I’m busking at the baseball game to try and cover rent”. The sentiment creates an anthem for anyone who has ever hauled equipment held together with duct tape and stained with water rings to a gig, just to find you’ve spent more money getting there than you end up taking home.

More difficulty comes in the form of a relationship ending, as the later verses depict two people unlucky in love who seem to sabotage themselves by hanging onto past failures. Shea writes “All we had to do was drop our baggage at the door / But people treated poorly gonna make more of the same”. These layers of struggle, both personal and professional, leave us to wonder whether this is really the dark before the dawn, or whether the night will just keep getting darker.