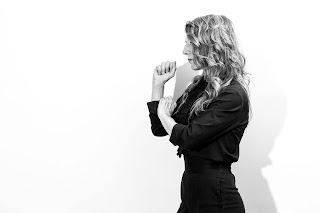 Emerging from a long, gloomy spring, Katey Morley is about to make your summer better, with the release of her eagerly anticipated EP Hearts & Heads & Thoughts & Deeds. The first single, “The Guy Who Breaks Things,” is a dark and twangy account of a well-intentioned mess who accidentally topples everything in his wake. Ever hard to pin to one genre, you will recognize her sound: the seriousness of folk, combined with a heavy dose of country earnestness, wrapped in delightfully singable pop melodies and heavy grooves.

As usual, the Toronto-based singer-songwriter took her time with this release– it’s been three years since her last record. With Hearts, her 4th solo EP, she has crafted a fine batch of slow-cooked, sonically delicious tunes. Katey’s previous album Now & Then, a double EP that took nearly 13 years to complete, was featured on CUIT, ERIN Radio and CBC Radio regularly. Her third single “Good Little Girls” was chosen by Gill Deacon as CBC’s song of the week in March 2018. It also won an honourable mention in the Women’s Freedom Song Contest in 2019.

Unequivocally Canadian, she is sorry she is so slow at releasing music. “It is next to impossible to survive in music without a day job,” she explains, “and next to impossible to record an album while you’re working full time.” Squeezing in studio sessions after work and on weekends, she proves once again, that the proverbial tortoise wins the race. A self-taught composer and multi-instrumentalist, Katey plays dulcimer, autoharp, keys and percussion, but it is her voice that captivates listeners and that has earned her loyal following. Soft and vulnerable for a moment, and then suddenly unleashed, it is a powerfully dynamic instrument, drawing comparisons to the likes of Linda Ronstadt, Brandi Carlyle, and Sinead O’Connor.

Over the last decade and a half, she has been producing and recording original songs, while supporting herself as a world-touring club DJ, session singer and designer. With Duncan Coutts (Our Lady Peace) and producer Scott Currie (Emily Haines), she recorded the award winning “Noah” (Great American Song Contest), capturing the attention of the legendary Garth Hudson of The Band, who travelled to Toronto to perform organ and accordion on four of Katey’s original songs. 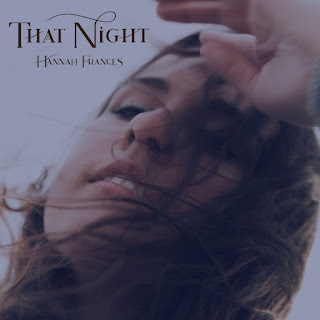 Hot on the heels of her acclaimed debut single, “Wolf”, comes the second impressive single from Aussie newcomer, Hannah Frances. “That Night” is primarily a break up song that references a specific night where Hannah let go of a long-term relationship.

“This song expresses the doubts that may consume you after ending a long-term relationship”, she says. “That Night tells the story of the night I let go of a relationship and how I thought with my head instead of my heart - as my heart was too hurt to react at the time”.

While “That Night” focuses on the specific night in question – in reality Hannah clarifies that the complicated story eventually ended with a happy ending!

As the second single released from her forthcoming EP, “That Night”, was written by Hannah and impeccably produced and arranged by Lee Bradshaw. Joining Hannah on acoustic guitar is renowned Australian musician, Brett Garsed (John Farnham/Nelson). Brett is also the mastermind behind the electric guitar solo. Rounding out the studio ensemble are Gerry Pantazis (Anthony Callea/Bachelor Girl) on drums and Rich Panaia (Christine Anu/Lucy Durack) on bass.

The Melbourne singer-songwriter has a haunting and hypnotising sound and cites artists including Joni Mitchell, Fleetwood Mac and Lana Del Rey as major influences. Hannah’s music has been described as ‘a sweet and dark musical terrain that traverses folk, pop and the sounds of the singer-songwriter generation of artists who trail blazed out of Greenwich Village in the 60’s’. 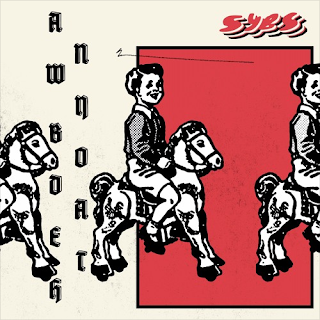 'Anwybodaeth’ is the new single by SYBS, bursting out of the seams with joyous glee.... Ever imagined what you would get if Sonic Youth, Talking Heads and the Pixies ever got together to soundtrack the coming apocalypse? This would be it and it sounds incredible!!

Osian, the band’s Singer/ Songwriter explains the background to the song:

“This song was definitely a turning point in the band’s sound, as I (somewhat naively) realised you didn’t have to make a serious, punky song for it to have political/social commentary lyrics (I know, crazy right?) and sometimes creating something joyous and danceable in the face of everything that’s going on in the world can be a much bigger statement than the latter". 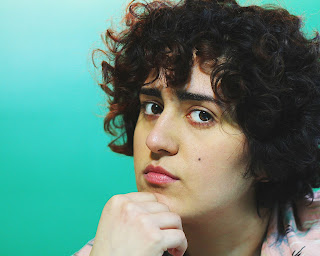 Travelling across the subgenres of indie is Päter, a bold, irreverent new force in music. Boasting no B.S. songwriting and a powerful voice, Päter navigates through themes of self-discovery and mental health with light-hearted touch. It’s no wonder that after just a month of posting original music online, Päter has connected with listeners internationally.

In May 2020, Päter released their first single “Dam, Damn,” an unexpectedly jovial folk-rock tune about fending off inner demons. Victoria Anderson of Off the Record Blog praises “Päter’s incredibly strong voice and vivid lyrics were more than enough to captivate and describe an aspect of life perfectly.” In just two months, “Dam, Damn” has collected over 150,000 streams on Spotify alone.

At the core of Päter’s project is acceptance. Accepting the good, bad and ugly in yourself, and accepting those around you. Every Päter show is a safe space to dance, cry and laugh at the absurdities of life. Päter has performed in venues across Canada, lifting the spirits of audiences and making everyone feel a little bit lighter. With a debut self-produced EP, SOLE, set for release in July 2020, this is just the beginning for Päter. 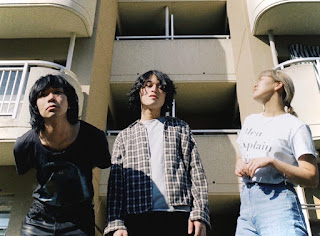 ‘Numb’ is a psych-pop song. The whole part is made of the same 4 chords, but its drum beats are constantly changing like a wave. The song is about the feeling of numbness, which might be the answer for all the questions you may have for people. Let yourself flow with numbness."

“Numb” off the debut EP ‘Some Same Soul’ from the Japanese band Brother Sun Sister Moon has a strong tendency towards psychedelic/electro, in comparison to their previous releases, and brings out the heat with its very shoe-gazey development in the second half.

After the releases of “Paranoid” and “All I Want”, the latter being selected on many official playlists all over Asia, the band has released their long anticipated debut EP on 29th July. All tracks off the EP have been added to several Spotify editorial playlists in various countries, including New Music Wednesday Japan. Shohei Megumi (Gt&Vo), Yusuke Okada (Dr) and Ayu Megumi (Ba&Vo) founded the indie pop band Brother Sun Sister Moon in 2017 in Osaka (Japan).

Two voices of very different colors, singing in English, blend into a very open sound, adding their own peculiar and crooked angle to the universality of pop. Clearly inspired by Western indie, their music is much more than that, easily tickling the ears of listeners from various backgrounds.

The lyrics, co-written by the brother and sister Megumi, depict with a rich expressiveness the complexity of the heart, and how it underlies the inherent loneliness of people, the beauty of looking for someone to heal this solitude, the feeling of love. The three members of Brother Sun Sister Moon jump across music categories with their evolving art form, an anonymous projection of people’s inner self into music.