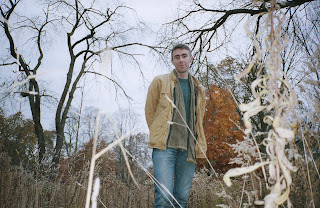 Elrichman – the project of Paul Erlichman – has shared his new single, 'Seeking Grey Skies' – this is the latest in a string of Aquarium Drunkard and Line of Best Fit-supported singles to be lifted from his new album Heaven's Mayor which is out September 4 on Madrid-based label, Bobo Integral.

The new album follows 2014's Young, Healthy and Wonderful as well as Paul's more recent material as part of Goosebump (previously called Germaphobes) and Ducks Unlimited. Emerging from the same scene as Kiwi Jr, the aforementioned Ducks Unlimited and Ellis, the new record packs in a bunch of Toronto-based talent – Alex Gamble helms production duties (previously worked with Fucked Up and Alvvays) with further contributions coming from Zach Bines (Weaves) and Jon Pappo (Hooded Fang), as well as the Boston-based Anh Phung (Twisted Pine) who provides some magnificent flute work on the new track.

Heaven's Mayor touches on the sounds of 80s indie, wonky-folk and "country music for the urban environment" – there are hints of Huey Lewis & The News, Orange Juice and Roxy Music scattered throughout, as well as a nod to the recently disbanded Nova Scotia-based project, Mauno.

Thematically, Erlichman looks to delve into honesty and how we present this to ourselves in a world hell-bent on consuming – more on this idea in the press release below – with 'Seeking Grey Skies' in particular turning to the idea of finding comfort in dissatisfaction. It's certainly a highlight for me on the record with a fairly carefree meander through the sounds of the 80s picking at yacht rock and jangle-pop aesthetics. 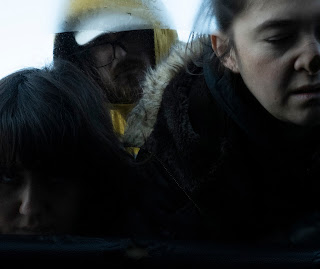 New Fries are sharing the final single from their forthcoming album Is The Idea Of Us, out on August 7th through Telephone Explosion (Badge Epoque Ensemble, Pantayo, Chandra, Scott Hardware). The band's first new material since 2016's More (produced by Holy Fuck's Graham Walsh), "Lily" is a perfect example of New Fries' glitching and fidgeting No Wave inspired meditations.

On the new track, the band offered, "Lilydale, New York is a caged community inhabited almost exclusively by mediums--those who communicate with the spirit world. It is a community of liars and people with special spiritual gifts. People across North America travel here to connect with the deceased. Anni spent many summers in Lilydale as a kid--her grandfather was a medium."

The Toronto-based experimental legends are one of the best kept secrets in the city, and with their new album they delve deeper into their unconventional, ever-changing sound. Working closely with Carl Didur (Zacht Automaat, formerly U.S. Girls), they settled on a fresh new direction. Focusing more on space and repetition, finding the in-between and reflecting on it, examining that transition. Is The Idea Of Us is anxious in its repetitions and unsure of genre, a reflection of musicians and non-musicians making music together; New Fries insist on doing it differently.