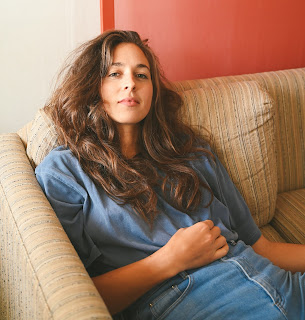 “Paper Plain,” the newest single from the forthcoming full-length, is a lo-fi conglomeration of bits and pieces. Its simple groove is carried by mostly two chords – not Jenny’s regular style – and has a freeform melody that borders on melodic rap.

Jenny Banai blends jazz, folk, and rock into sophisticated pop music that both celebrates and laments the dynamic of human relationships and the relationship with one’s self. Following the 2015 self-release of her debut album, Flowering Head, Jenny independently undertook several Canadian tours, collaborated on the documentary Where We Come Home, and early in 2017, her song “Boars” was featured on TV and web series The Drive. In 2018, Jenny received Fraser Valley Music Awards, Folk Artist Of The Year.

Jenny Banai is an old soul and a child of the nineties, and as such, has inherited both the contemplative wonder and the wardrobe of her parents. She is a fresh and authentic voice who pairs powerhouse vocal abilities with unique and clever pop arrangements. “She is able to ebb her voice in dynamic with masterful control, rocking you gently into a dream, yet gripping your ears to keep you awake: lucid and loose”. 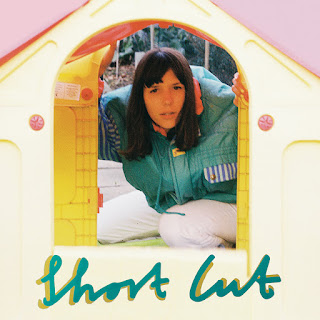 Anna Erhard, 30-year-old, who lives in Berlin, writes songs about states of movement: they deal with leaving, escape and transformation.

And that although letting go is often difficult at first. After years as head of the Basel-based band Serafyn, she has left the band and the city behind and has given in to the desire to change her place of residence and expand her musical comfort zone.

Definitely too clichéd and typical for her fast-moving generation, flooded with possibilities and stimuli, this step seemed to her at first. However, the new start was urgently needed, provided space and time for musical expeditions and offered an unknown freedom.

A freedom that can also be felt in the new single "Short Cut". There the Swiss musician criticizes the superficiality of our society. Every small talk begins with "How's it going?" followed by "All is well", we have all the possibilities, can achieve everything, live the dream. So the illusion. Anna explains:

"We are told every day that it is possible to enjoy only the good aspects of things. This is bullsh."

Life holds many challenges, not everything is always easy, but it is these moments that make life what it is. Anna illustrates this in an abstracted way in the loving music video for "Short Cut", which was shot on an alpine pasture in Furna (in the Swiss canton of Graubünden), in the village where Anna's grandmother grew up. Growing up there in the countryside is a special challenge, to which Anna bows and states: "Mountain children are the most blatant children, nobody has as much stamina as they do". 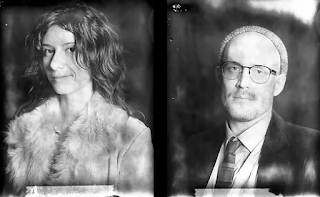 From the band - I wanted to introduce myself and tell you about The William Brothers Shipping Company. The Shipping Co. is an indie folk-rock band from Los Angeles CA. Our mission is to make honest music for people to enjoy. It's that simple.

With the release of our new EP The Cedarhouse Sessions, The Shipping Company is excited for people to join the party.

Sparking Music puts it "Everything in The Cedarhouse Sessions comes together in a stream of consciousness style. It is an unforgettable journey into an acoustic world."