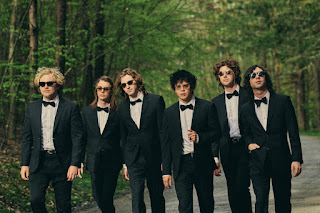 The Nude Party are set to return with their sophomore album, Midnight Manor, on October 2nd via New West Records. The 12-song set was recorded live-to-tape over six days at the Outlier Inn in upstate New York and mixed by John Agnello (Dinosaur Jr., Kurt Vile). Midnight Manor is the follow up to their critically acclaimed self-titled debut which Rolling Stone heralded as “equal parts ‘I’m Waiting for the Man’ Velvet Underground and Exile on Main Street Stones.”

Their debut found the band hitting stages across the globe, appearing at massive festivals like Lollapalooza, All Points East, Splendour In The Grass, Great Escape, Newport Folk Festival, and Bonnaroo where many publications named them one of the best of the festival. They also supported major artists like Jack White and the Arctic Monkeys—both of whom became full-blown fans and vocal supporters of the band.

Today, The Nude Party have shared the video for the song “Lonely Heather” via DIY Magazine. Frontman Patton Magee said, “The video is inspired by Ralph Bakshi’s New York street animation style, in movies like American Pop, Streetfight, and Heavy Traffic. During the peak of the pandemic, our photographer friends Bryan Derballa and George Etheredge took a series of incredible photographs around New York City.

We used those deserted street corners and venue shots as the backdrop for the rotoscope animation. Then filmed all the action on a green screen in our barn during quarantine in April. Brooklyn-based director and animator Parker Worthington painstakingly put together all the footage and photographs into this weird dream version of New York.” Of the song, Magee said “Heather is the constant object of unwanted affection, the solitary queen of rejection. She follows the scent of her whims and can’t be bothered by the desires of anyone." 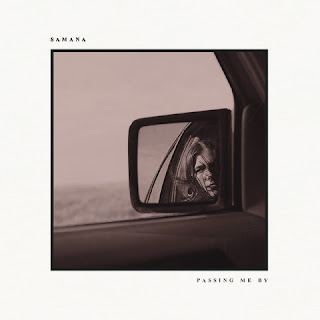 Samana - Passing Me By.

'Passing Me By' is Samana's first release since their BBC 6Music, BBC Introducing and Radio X championed single 'Harvest'.

The Wales-based duo self-produced, recorded and mixed Passing Me By whilst holed-up in a remote part of France while the world was locked down earlier in the year.

Accompanied by a stunning video, also captured from the time spent in France, they explained that "Passing Me By was the product of a one off, improvised vocal and acoustic guitar take, laid to 1/4 inch tape. It is a response to the immediate present, guided by the subconscious; to the velocity of time passing in fragments of visions and feeling."

The new track is out this week and signals the first of a series of new releases from the band who have just received support from the Arts Council Of Wales.